It is absurd for Danny Danon to tell the UN that Israel has Biblical, Historical and Legal foundations. 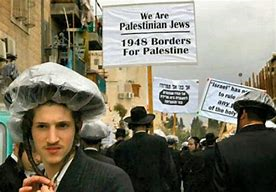 Israel’s Ambassador to the UN, Danny Danon, made a very bold assertion during a debate in the Security Council recently. “Jewish rights to the land of Israel depends on four pillars,” he claimed. “This includes the Bible, history, legality and the pursuit of international peace and security.”

I don’t know what he meant by “legality and the pursuit of international peace” and, given Israel’s record of attacking its neighbours, I will refrain from giving credibility to his illusionary discourse by dissecting it. Suffice to ask if he really believes that Israel’s occupation of Palestinian lands and regular military assaults on the civilians of the Gaza Strip are both legal and conducive to international peace?

Instead, I will confine myself to the other two pillars that Ambassador Danon claims underpin “Jewish rights to the land of Israel”, the Bible and history. The Bible is available for everyone to examine and provide their own interpretations. Anyone can apply their own hermeneutics to scriptural interpretation. Rest assured, we will all give a different interpretation.

According to Danon, “God gave the land [Palestine] to the people of Israel in ‘Genesis’, when He made a covenant with Abraham. From the book of Genesis; to the Jewish exodus from Egypt; to receiving the Torah on Mount Sinai; to the gates of Cana’an; and to the realisation of God’s covenant in the Holy Land of Israel; the Bible paints a consistent picture. The entire history of our people, and our connection to Eretz Yisrael, begins right here.”

Abraham the patriarch, of course, was neither Jewish nor Arab. He came from Mesopotamia, a region where present day Iraq is located. A careful examination of the so-called Abrahamic covenant story in the Bible’s book of Genesis, Chapters 12-17, reveals that it contains several separate elements or episodes taken from various independent traditions and woven together by the Yahwist into a continuous narrative of the life of Abraham from his call until his death. The following are the elements referred to:

In other words, the so-called covenant of Abraham cannot be relied upon as being authentic. It’s a tradition that can be contested like many others in the Bible. Besides, God has always been silent while we humans are busy saying what we want in order to justify our assertions. What the Zionists have exacted upon their Palestinian brothers cannot be justified in the name of God; it can only be explained as human folly. God has no part in it, for He is the God of justice, and He loves all of His creation without discrimination. The notion of “the chosen people” is much misunderstood by the Zionists. All the racism in the world today usually traces its roots to this Biblical concept. South African Apartheid, for example, was also justified by the same verses.

For the sake of clarity, it must be remembered that the talk of an Eretz Yisrael was articulated by Zionism, a man-made political, secular ideology which believes that Jews need a state and a land like other people to protect them from anti-Semitism in Europe; that Jews should be able to live as a whole and free people engaged in the full range of human activity. The fathers of political Zionism declared eventually (it was not a unanimous decision) that the land in question should be Palestine, the ancient land of the Children of Israel (Israel being the name of Jacob). A few religious Zionists insisted on this. For most, the appeal was that this was the location of the Jews as a free people thousands of years ago.

Danon is wrong to claim that, “The Romans attempted to destroy that link [of the Jewish people] by renaming the land Palestina.” This is simply not true. To rely on Biblical accounts which have been given different interpretations across the centuries to suit the economic and political realities prevailing at the time, is really a travesty of justice.

I wonder what Donald Trump and his racist cabal in Washington would do if American Indigenous Indians came up with something from their ancient writings and traditions that confirms that the land that is currently the United States of America is theirs. Would they accept this unquestioningly? Somehow I doubt it, yet they give unquestioned support to the Zionist claim on the land of Palestine.

Furthermore, for Danon to claim that the document prepared and signed by British Foreign Secretary Lord Arthur Balfour in 1917 constitutes an act of international law is absurd, even if the British cabinet of the day did have “sympathy with Jewish Zionist aspirations” and “approved” the “Balfour Declaration”. The Imperial British Cabinet at the time had nothing to do with international law and, interestingly, the only Jew in the cabinet in 1917, Edwin Montagu, opposed Balfour and Zionism.

In claiming that Zionism appears in international law, the Israeli Ambassador to the UN is being disingenuous. Britain was a colonial power at that time which had passed the Aliens Act in 1905 specifically, it is believed, to block Jewish immigration from Europe. Any British support for Zionist efforts to build a Jewish State would have had nothing to do with any love for the Jewish people, and everything to do with securing Chaim Weismann’s scientific prowess for the war effort and an insidious anti-Semitism desirous of solving Europe’s “Jewish problem”.

It was ridiculous, therefore, for Danny Danon to claim historical and scriptural justifications for Zionist Israel and the injustices against the people of Palestine. It was not, however, to be unexpected. Zionists have been peddling myths and lies to the world for more than 120 years. Even some early Jewish settlers in Palestine, which was then part of the Ottoman Empire, realised very quickly that it was simply a lie for the Zionist hierarchy to claim that Palestine was empty territory just waiting to be colonised: “A land without a people for a people without a land” was and remains one of many Zionist myths.

Zionist pressure at the UN may have reversed a resolution that “Zionism is a form of racism”, but the Apartheid nature of the state is becoming increasingly obvious to anyone who cares to look with an open mind. No amount of Biblical quotes or distortions of history can change that. There can be no Biblical, historical, legal or moral justification for the state of Israel as it is today. The UN Charter provides all colonised people with the right to fight for their freedom. The successful conclusion to such a struggle in occupied Palestine will be the creation of a democratic state all of the people between the river and the sea.

Dr Mustafa Mheta is a Researcher and Head of Africa Desk at the Media Review Network, Johannesburg.