Killing of former Egypt President Morsi an indictment on the AU 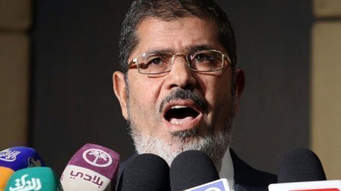 The murder of Dr Mohammad Morsi, the only democratic leader ever elected in Egypt’s history, ousted in a coup d’état by General Abdel Fattah al-Sisi in 2012, is an indictment on the African Union (AU) for being headed by someone in flagrant violation of its own principles.

Further, those engineering the change should not contest any election that follows. General Sisi orchestrated his own “election” into the presidency violating another AU rule that reinstated Egypt after its expulsion in 2012.

The challenges that faced Morsi as president was daunting. The surprise election victory by an Islamic Movement that was harassed and oppressed by a tyrannical military regime for decades shocked, not only the regime, but regional despots as well as the Western countries that feigned to support democracy.

Whilst the erstwhile ouster of Tunisia’s strongman caused some regional ripples, the downfall of Egypt’s Hosni Mubarak was earth shattering. Egypt was the most populous and militarily strongest Afro/Arab country, and very influential in both the African and Arab worlds.

Egypt under Anwar Sadat had betrayed the Palestinian cause by signing a “peace treaty”, effective a surrender, with the Zionist Israeli regime, leading to billions of dollars gushing into its military coffers. Saudi Arabia and Gulf entities than established clandestine security ties with Israel, confronting legitimate Resistance movements fighting for independence, freedom and dignity.

The victory of the Islamic Movement in a free and fair democratic election in Egypt derailed the nefarious plans of the USA, Israel and Gulf Sheikhdoms lead by Saudi Arabia to dominate and control the energy-rich region.

However, the Muslim Brotherhood’s history of non-violence, focus on social justice and free and fair democratic election victory did not protect them from the machinations of the Egyptian ruling elite in cahoots with the dominant Western powers.

Despite President Morsi’s assurance to address corruption, alleviate poverty, reduce traffic congestion and uplift the social conditions of the people as a whole, the “deep state” plotted to remove him from power from day one.

The military, all appointed by the dictator Hosni Mubarak; the judiciary; the police; media and business barons colluded to undermine the rule of the Freedom and Justice Party, the political wing of the Muslim Brotherhood, that won the elections.

The Deep State engineered food and energy shortages; the media fabricated stories of an impending imposition of Shariah laws; rumours that the Coptic Christians will face persecution; and the judiciary that blocked laws to reform the Constitution and demanded referendum after referendum.

Israel felt threatened because the Palestinian Resistance Movements Hamas and Islamic Jihad were the ideological offshoots of the Muslim Brotherhood. Saudi Arabia, the United Arab Emirates and other Gulf Sheikhdoms feared that if the democratic elections in Egypt was successful, it will motivate their own populations to demand the same.

Leftists and liberal Egyptian parties and student movements who lost the election felt cheated and joined with the Deep State in the anti-Muslim Brotherhood brigade. As a consequence, with the approval of the West, Israel and the Gulf rulers, the military carried out a coup, massacred hundreds at Rabaa Square and elsewhere, and arrested, tortured and killed thousands.

Many lessons have been learnt from  the Egyptian experience, particularly the fact that the West pays mere lip service to democracy. The current uprising in Algeria and Sudan demonstrate that these movements demand the total removal of the military ruling elite from governing structures.

One of the African Union’s fundamental principles is to promote democracy, good governance, fair and free elections and constitutional order in the continent.

Amnesty Internationals’ North African Campaigns director Najja Bounaim said, ”During his time in power President Abdel Fattah al-Sisi has demonstrated a shocking contempt for human rights. Under his leadership the country has undergone a catastrophic decline in rights and freedoms.”

She further opined that “there are real fears about the potential impact his chairmanship could have on the independence of regional human rights mechanisms and their future engagement with civil society.”

Egypt since 2015 has orchestrated a sustained political attack against the African Commission on Human and Peoples’ Rights, the body that aims to monitor African states’ human rights records. “Dozens of cases alleging serious human rights violations have been lodged against Egypt at the ACHPR.

It is the height of irony that the AU, with General Sisi at the helm, decided to suspend Sudan for killing a hundred civilian protestors, a crime that he himself is guilty off. If the AU is to retain its creditability, the brutal slaying of Mohamed Morsi will not go unpunished.