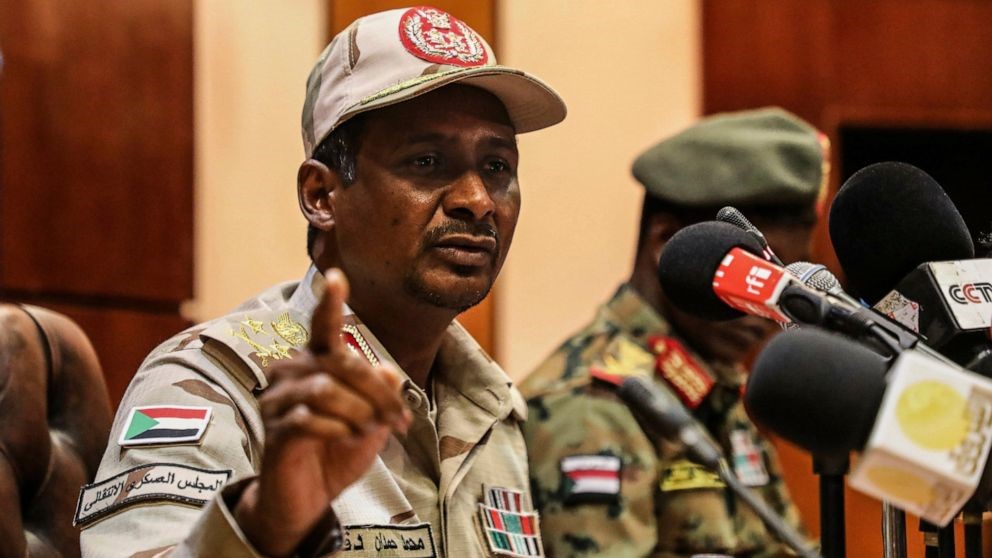 A secret meeting reportedly arranged by the UAE and Saudi Arabia between Sudanese military leader and Chief of the Sovereign Council, General Abdel Fattah al-Burhan and Israeli Prime Minister Benjamin Netanyahu on Monday has ignited a wide range of reactions, both internationally and within Sudan.

The high-level meeting is the first of its kind between the two countries. Sudan has abstained from any official diplomatic ties with Israel since obtaining its independence in 1956.

Traditionally, Sudan has been among the Arab nations most hostile to Israel. Civil society in Sudan by and large preserve this sentiment.  Last year, the country was swept up by an uprising demanding their dignity, justice, equality and democracy.  This is in stark contrast to   Israel’s oppressive, colonial and heavily militarised presence in the region and its policy of conspiring with despotic regimes.

The meeting between these two unlikely bedfellows raises a very pertinent question: Why was it held in secret and in a foreign country? The Sovereign Council was not informed of the meeting nor was it told of the pending normalisation of relations between the two countries. Why?

In 2012, Netanyahu threatened to expel some 7000 South Sudanese from occupied Palestine. When Sudan was broken up into South and North Sudan, the resultant instability was blamed on Khartoum. The status of the oil-rich region of Abyei bordering the South and North remains unresolved. Sadly, for the people of the region, the breakup had very little to do with democracy, peace or prosperity. Abdel Fatah al Burhan should remember that the geo-political and economic dynamics of this oil rich region is driven by the rich and powerful. The United States and Israel being in the forefront. They will install their surrogate regimes who will oversee the interests of their masters. The theme “national interest” will be the façade to loot the natural resources of the country at the expense of the Sudanese civilian population.

Meanwhile, the United States has invited the head of Sudan’s sovereign council, General Abdel Fattah al-Burhan to Washington, as the two countries forge stronger bilateral ties following decades of hostility. This seems to be the culmination of the Netanyahu-Burhan secret meeting in Uganda. Netanyahu was just conveying his masters message to General Burhan.

Sudan’s civilian prime minister Abdalla Hamdok visited Washington last month, and Burhan will be one of few African leaders that have been invited to discuss bilateral ties with Donald Trump’s administration. Burhan was invited by U.S Secretary of State Mike Pompeo during a phone call. In December, Pompeo said the two countries planned to exchange ambassadors after a 23-year hiatus, demonstrating the warmer ties since President Omar al-Bashir was ousted.

Sudan’s transitional council said Burhan’s visit is designed to ‘to discuss bilateral relations between the two countries and ways of developing them’. While the date for the visit is not yet known, the council said Burhan “promised to fulfil it soon”.

Burhan, who is the de-facto head of state in Sudan has visited several neighbouring countries and Russia.

Last week, a top United Nations official asked the United States to removed Sudan from a list of state sponsors of terrorism, arguing that the international community must support the nation’s recovery.

Sudan was added to the list in 1993, over allegations that the Sudanese  government, headed by Umar-al-Basheer, was supporting terrorist groups. The listing makes Sudan technically ineligible for debt relief and financing from the International Monetary Fund and World Bank.

The invasion of the Democratic Republic of the Congo (DRC) in the mid-1990’s by Rwanda and Uganda, led to the massacre of nearly 2 million Rwandan Hutu refugees. This operation was designed and coordinated by Israel, the United States and France. They went in search of a strategic position in the heart of Africa’s richest country. 25 years later, the Congolese population live in abject poverty while their country is being looted in broad daylight.

Sudan was a victim of US propaganda and deceit when in 1998 the US bombed a pharmaceutical plant. It was alleged that Sudan was producing Chemical weapons at the plant. This was proved to be trumped up allegations. No pun intended. Remember Iraq’s weapons of mass destruction? Instead of normalising relations with the enemy, Al Burhan should be addressing the genuine grievances of Sudan and pursuing the imperialist war criminals in Washington, London and Tel Aviv.

The debacle in Darfur at the turn of the century was depicted as a “war” between “black” Africans and “Arabs”. At that time the US and her allies in the region were losing the war in Iraq. The Darfur situation offered an ideal opportunity to deflect world opinion from that pending defeat to the so-called “black vs Arab” confrontation in Sudan. The Sudanese claim that foreign powers, including Israel and the United States, provided support to the rebels in Darfur were neither reported nor refuted in the western media. The invasion of Foreign lands   by the US and her associates is condoned by the cooperate media but not so when Sudan was defending herself against a rebellion supported by the west.

Sudan has joined the UAE-Saudi coalition to invade and destroy Yemen, the poorest country in the Arab world. Israel provides the military hardware for this offensive.

Uganda, Rwanda and Israel are client states of the US. The Sudanese Chief of the Sovereign Council, Abdel Al Fatah al Burhan will soon be caught up in this vortex of subjugation and domination from which he and his people will have to live off the crumbs dished out by his imperial masters.

The African Union must insist that all member states should immediately refrain from entering into such relationships that will endanger the sovereignty and economic independence of their people. If not, history will accuse the AU of being complicit in the re-colonisation process of our continent.