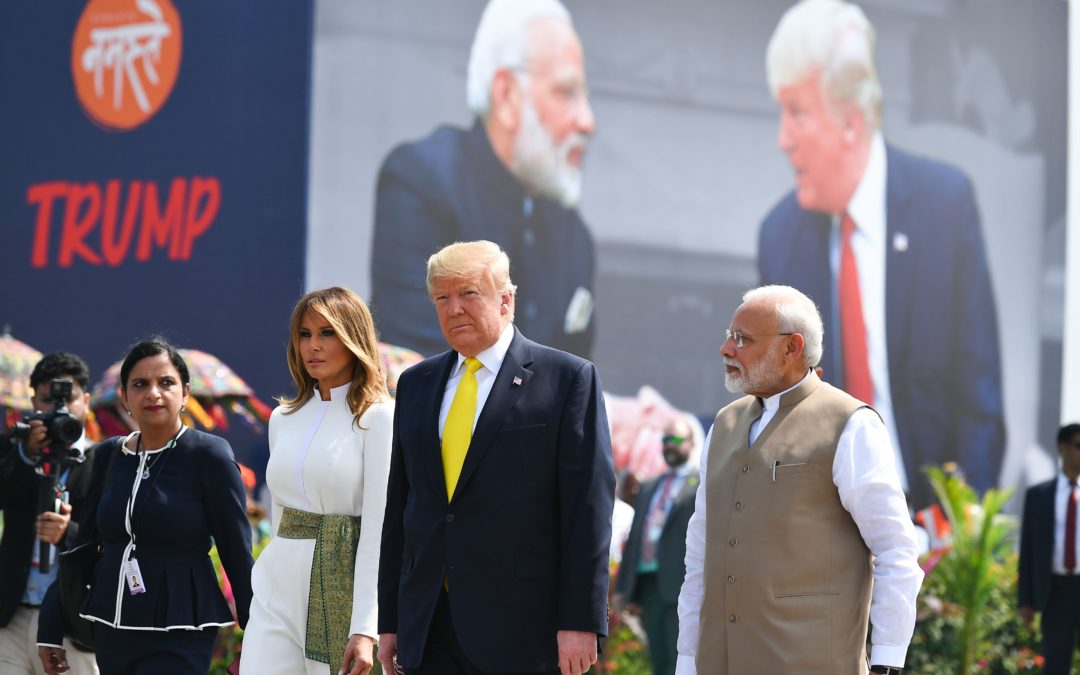 The Media Review Network (MRN) is appalled at the response of the Indian police supported by ultra-right wing Hindu mobs from the Rashtriya Swayamsivak Sangh (RSS), the Vishwa Hindu Parishad (VHP) and members of the ruling party, the BJP, on the peaceful demonstrators in New Delhi against the Citizenship Amendment Act (CAA) and National Citizenship Register (NCR).

Peaceful protests on the streets of the Indian capital, New Delhi, has severely exposed Donald Trump as a hypocrite and a fraud during his latest visit to India.

When addressing a crowd at a newly-built cricket stadium, in Modi’s home-state of Gujarat, he said: “India proudly embraces freedom, liberty, individual rights and the rule of law”. Ironically, it was in this very state when Modi was Chief Minister in 2002, that more than 2000 Muslim men, women and children were mercilessly brutalised, maimed and killed. Modi is a member of the RSS and leader of its political wing, the ruling BJP. Modi was culpable in this pogrom.

Distressingly, history is repeating itself on the streets of Delhi during Trump’s visit, but this time, with Modi as India’s Prime Minister.

India has recently passed the CAA and the NRC. These pieces of legislation are unprecedented, unconstitutional, fundamentalist and anti-secularist. The opposing forces on the streets of New Delhi, the supporters of religious nationalism and the supporters of secular-nationalism, will find that these laws will prove as dark a threat to their identities as that which colonialism presented. Trump does not see nor does he understand the reality on the streets of Delhi, when he told the crowd at the cricket stadium that “your unity is an inspiration to the world”. Whose freedom and what unity is Trump referring to?

Nation-wide protests have raged for months in cities across the country. Critics of these laws are of the opinion that they discriminate against minorities and that they seek to enshrine religious discrimination into Indian citizenship.

These latest riots have led to the burning, looting of Muslim homes and businesses and deliberate destruction of mosques. Eleven people have so far been killed and hundreds have been injured.

The MRN calls on our Government to urgently summon the Indian High Commissioner to express our serious concerns at the behaviour of the Indian police and their riotous cliques. The collective concerns of all Commonwealth governments must be garnered to pressurise the Government of India to stop this genocidal behaviour.