Modi and the BJP have declared an affinity for Zionism 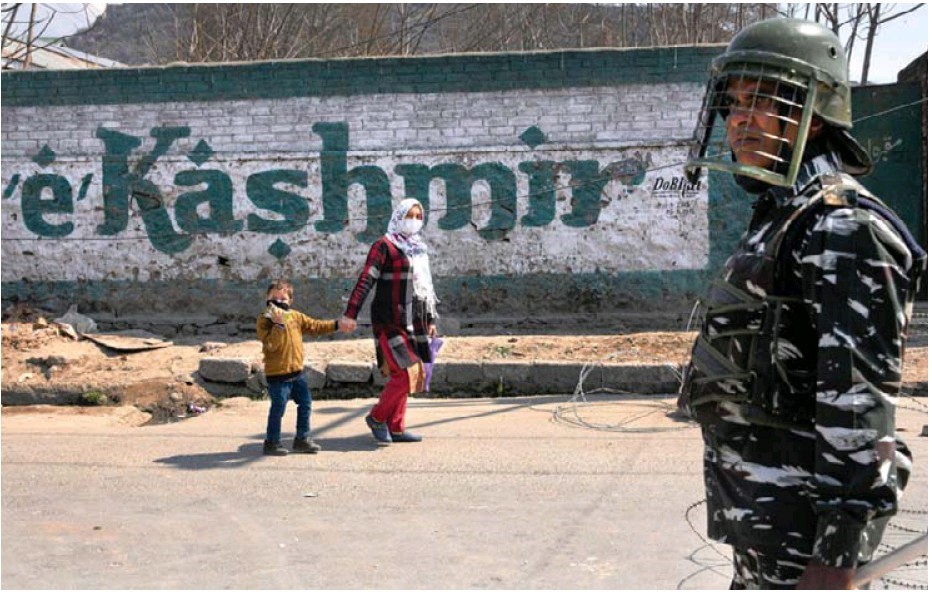 WITH reference to the column “Two sides of the coin in Indian politics” by Ram Maharaj (the POST, March 11 – 15).

The media coverage, of what is happening in India recently, has either been diluted or simply ignored.

The pogrom carried out on the streets of Delhi, the burning of mosques, homes and businesses belonging to Muslims, the killing and lynching of innocent Muslim men, women and children, by marauding, hate-filled Hindutva mobs, supported by the police, can only be described as ethnic cleansing and a massacre.

Indians – belonging to other minority groups, such as Dalits and Christians – are also victims of these murderous acts, carried out by these fascist mobs.

This violence has been generated by the government of Narendra Modi, using the Citizenship Amendment Act of 2019 (CAA) and an Amendment to the Citizenship Act of 1955, which gave rise to the National Register for Citizens (NRC), in 2003.

These pieces of legislation are designed to deprive many Indians of their citizenship, most of whom will be Muslim. The popularity of Hitler in India is unquestionable. His book Mein Kampf is widely read. His authoritarian style of governance is greatly admired by the Brahminists – elite of the right-wing religious ultra-nationalist. In fact, in some school textbooks, Hitler is portrayed as a hero.

The Rashtriya Swayamsivak Sangh (RSS) has copied Hitler’s style of militarisation of Germany to militarise themselves.Recently, there was a commemoration in Poland, to remind the world of the 75th anniversary of the holocaust, during WWII. Two hundred survivors of Hitler’s carnage were present. It reminded the world that the holocaust was pre-planned.It marked out, disenfranchised and annihilated the Jewish population in Germany.

The design and execution of that operation is what is playing out in India, under the fascist regime of the Bharatiya Janata Party – the political arm of the RSS and led by Modi. A majoritarian government, supported by a subservient media and a compliant judiciary, is a deadly combination. India’s ultra-right Hindu nationalists and the Israeli ultra-right Zionists have an extraordinary common affinity.

Benjamin Netanyahu addressed Modi on his arrival to Israel, in 2017, with these words: “Mr prime minister, we have been waiting for you for a long time, almost 70 years… We view you as a kindred spirit.” The Israeli military-industrial complex provides substantial support in servicing India’s military requirements.

Generations of Hindu nationalists have admired Zionism and its product, Israel, whose model of nation-state they seek to emulate in India.

Uninterrupted generations of Hindu religious nationalists – from Vinayak Damodar Savarkar (1883-1966), who devised and expounded the Hindutva concept, to Modi today – have declared a deep attraction for Zionism.

Savarkar wrote in the 1920s: “If the Zionists’ dreams are ever realised – if Palestine becomes a Jewish state – it will gladden us almost as much as our Jewish friends.”

India’s population is 1.3 billion. To suggest that the BJP has a membership of about 1 billion means that the other political parties combined have very few members, if anything.What about Indians too young to vote or become members of political parties?Of the 67% of the votes cast in the 2019 elections, only 37% voted BJP (230 million voters).

If the numbers quoted by the writer – in his article about Modi’s achievements – are anything to go by, there would be no need for Modi to build a wall around an informal settlement Donald Trump was to drive past. Throwing numbers around, without evidence to substantiate the claims, will always remain in the realms of speculation. By the way, Kashmir has a cultural heritage dating back more than 5 000 years. It never was, and will never be, part of India.