COVID-19: A Hidden Blessing for Humanity? 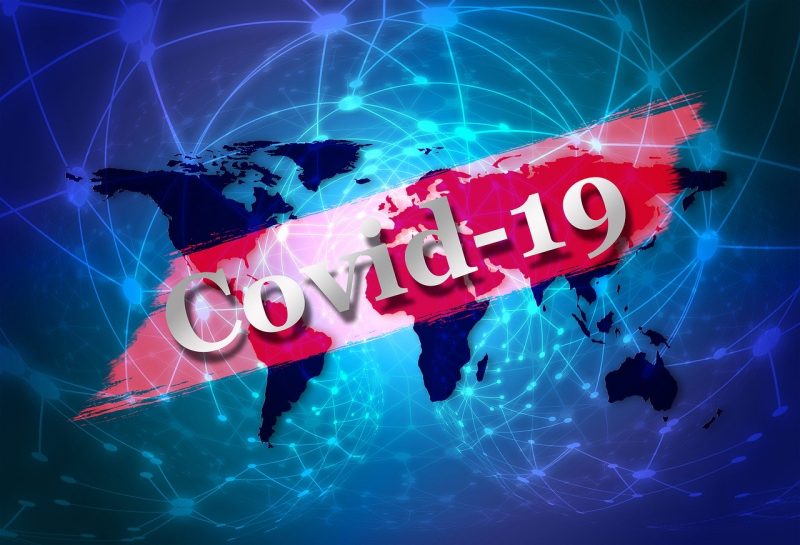 We are witness today to the most beautiful, natural cleansing event. The countless and phenomenally increasing frequency of natural disasters over recent times was unable to do what CVID-19 has begun to do. The disproportionate growth between the rich and the poor as capitalism dictates our everyday lives and the negative effects it has had on our society, was unable to do what COVID-19 has begun to do. A minuscule virus has begun to force humans to finally become slightly aware- things cannot return to the way they were before COVID-19.

The tragedy of the loss of lives, especially amongst senior citizens, cannot be ignored and it is a gross injustice that their bodies had to pay the price for this small awakening. May strength and patience be with all the families who are burying their loved ones under these circumstances.

One cannot deny that humans are on a rapidly spiralling downward trajectory, with acts of kindness and basic principles of decency so rare that when they are done they are loudly applauded. The loss of terms such as slavery, colonialism, dictatorships and targeted pogroms have merely left our vocabulary, but are practised and accepted daily. In the last 20 years alone we have seen this excessively.

From the grim invasion of Iraq and Afghanistan motivated by economic gains, which saw the death of (conservatively) one million native people and the complete ruin of two beautiful countries to our silence as the Zionist Israeli regime imposes colonialism on the Palestinians daily. In Europe and the USA, leaders with right wing fascist tendencies have been voted into power with over whelming majority, often with their popularity directly linked to how aggressive they are in their policies and ideals. Democratically elected leaders who do not fit the mould of these right wing policies in other countries are removed by orchestrated coups. A mere couple of months back India’s PM was silent as radicalised mobs carried out religiously motivated raids and pogroms wantonly. There are millions who face food insecurity across Africa as certain individuals hoard the wealth of the world indiscriminately. There are people in lower income countries who are still dying of diseases we have had cures for  years, as big corporations profit from patents. The list is endless and the truth is, humans have been decaying progressively for a while now, with inequality becoming more acceptable as our consciences are put to sleep.

If we put aside the damage we do to each other, the harm we have inflicted on the other inhabitants of earth and earth itself is incredible. The first known study to evaluate all of earth’s known species and our impact on each other was published in 2018. Humans make up only 0,01% of the total biomass on earth, yet since the dawn of civilisation, has caused the loss of 83% of all wild mammals and half of plants. The destruction of wild habitat for farming, logging and development has resulted in the start of what many scientists consider the sixth mass extinction of life to occur in the Earth’s four billion year history. About half the Earth’s animals are thought to have been lost in the last 50 years. The conclusion of the study was that human beings are extremely efficient in exploiting natural resources. Our relentless pursuit of materialistic gain spares nothing- a glaringly obvious indicator of the ingrained selfishness that has been dictating our lives for years.

But now, this virus is taking humans back to basics- we are being forced to introspect, to rethink the present and hopefully to try and salvage.  In addition to the lives that have been and will continue to be lost there has been total social disruption and a crippling economic impact is already evident globally. It is sobering to think that all of this has to be done, that there has to be a complete breakdown of life as we know it, only in the hope that we might realise the reality of how we have been living and attempt to change. It is a hope that we might not follow the selfish and self-centred trajectory that has been governing our lives before COVID-19, and instead might see this virus as what it is- an awakening, a cleansing, an arousal from slumber to resist our egos and most importantly, an opportunity for change.

Inequality will persist for as long as the system whose defining locus is greed and entitlement retains its hegemony. Will we miss this opportunity when the world is on a reset button? Will we continue to do as we want and bow down to the sentiment of self-preservation or will we heed COVID-19 as the beautiful cleansing that it is meant to be? We cannot return to the way we were before.

Dr Aayesha J Soni is a medical doctor and member of the Media Review Network (MRN). She was also named as one of the Mail and Guardian’s Top 200 Young South Africans of 2017/ 100 Young Mandelas of the Future 2018.