ARE THE KLIPRIVIER SUSPECTS REAL ISIS OR JUST ARMED ROBBERS? 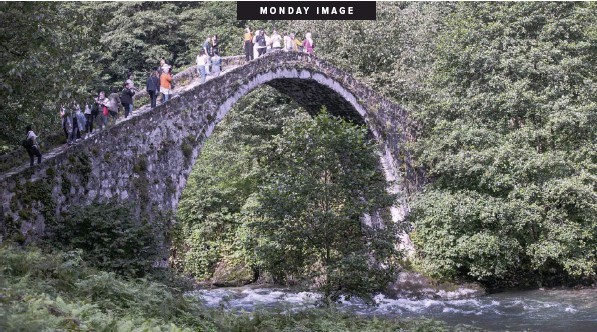 Last week, South Africa woke up to hear the good news that our security forces have busted an ISIS cell in Kliprivier that was planning to launch attacks within the country. According to the report, more than one member of a suspected ISIS cell is still on the run following the raid on a smallholding in Kliprivier in July. The report also claims that the suspects arrested can be linked to attacks on civilians in Johannesburg on New Years Eve and a mosque in Verulam in 2018. Furthermore, according to the reports, the number plate of the car used in the New Year’s Eve attack as well as an ISIS flag was found during the raid. Also, there are claims that at the time, five foreign nationals were arrested. These included a Somali and an Ethiopian national, who may be linked to the case in Kwazulu-Natal where Farhad Hoomer and 11 other men who were charged with terrorism.

However, while we give credence to the fact that this is ongoing investigation, there are questions that need to be raised. How do you honestly tell that these guys are definitely ISIS? For those who have done or follow research on how ISIS operates, there is nothing that resembles ISIS in the modus operandi of this so-called ISIS cell group. Possessing an ISIS flag does not make one ISIS unless if this is the ISIS that was pronounced by the likes of Jan Gerber, Jasmine Opperman and Willem Els, in the article “ISIS Warns South Africa” which appeared on www.news24.com (7 July 2020), perhaps this is the fulfillment of that prophecy that they so convincingly warned the country on. Following is a brief history of ISIS and their modus operandi:

We are led to believe the principle behind ISIS, is, to create a worldwide Caliphate that oversees the religious and political workings of all Muslims and, ultimately, initiate a new world order, but their modus operandi has been seriously called into question by those they seek to initiate; indeed, most Muslims regard ISIS as wholly un-Islamic and have unreservedly condemned their actions alongside the United Nations and over 60 countries who regard them a terrorist organisation.

From relatively humble beginnings as jama’at al-tawhid wal-jihad in 1999, a Sunni Jihadist group in Iraq, later known as ‘Al Qaeda in Iraq’ (Tanzim Qaidat al-Jihad fi Bilad al-Rafidayn) grew in strength after pledging allegiance to Osama Bin Laden’s notorious organisation in 2004. By recruiting other Sunni Jihadists during the US led invasion of Iraq it was not long before newly formed Mujahideen Shura Council were powerful enough to tentatively declare Iraq an Islamic State in 2006, the same year Saddam Hussein was executed. In 2011, in the midst of the Arab Spring, operatives from ISIS, known as the Al-Nusra Front (Jabhat al-Nuṣrah li-Ahli ash-Shām) were sent to Syria to fight in the civil war with the aim of developing an Islamic State outside of Iraq. By 2013 they’d established themselves in large parts of Sunni-rich areas but an internal power struggle within Al Qaeda prevented ISIS from capitalising on their significant achievements in the region. Abu Bakr al-Baghdadi, the purported leader, declared himself as their Caliph and declared a Caliphate in the region. The extent of this so-called “caliphate” was never defined and remains so to this day.

Free to act with impunity, ISIS took to social media in order to spread their message further afield, this was amplified by a succession of grisly videos that depicted the ritualised execution, normally by decapitation, of anyone unfortunate enough to be captured. It was not just human life that was taken, ISIS began a campaign of destruction that saw ancient monuments and artefacts reduced to no more than rubble. Now, with the full attention of the world, they called on their supporters to join them in waging war against those that sought them harm, either by travelling to Syria to fight or to act independently in the land of their enemies.

The only similarity between this so called South African ISIS cell with the ISIS which operated in the Middle East, is their ruthless and thuggish behaviour. Perhaps the only other similarity could be in a few guys with Muslim names involved in this gang. This forces me to dismiss this so-called ISIS cell as a fake ISIS and a bunch of criminals and armed robbers bent on stealing and terrorizing our people. I have argued in the past that, South African Muslims are not attracted to this ideologically bankrupt terrorist movement. Majority of South African Muslims are peace loving citizens who are loyal to South Africa enjoying the peace and tranquility prevailing in the country.

The claim that these gangsters use “kidnap” money to fund their nefarious activities, is nothing but a smokescreen to hide the fact they are supported and funded by the super powers of the world. In their quest to dominate the world and Empire Building, they laid waste to one Middle East country after another. Together with their proxy army called “ISIS”, they have exacted regime change in Iraq, Afghanistan and Libya. At the same time they have failed miserably in Syria and Yemen. The obstacle that prevents bringing justice to those responsible for these acts of human rights violations, is the fact that they are former and current chief officials in corridors of power in the major capitals of the world.