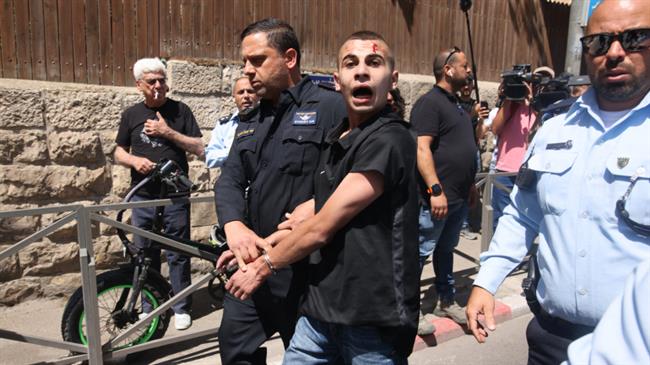 A political commentator says Israel is relentlessly following its “Zionist colonialism” in the occupied Palestinian territories, and evacuation orders handed out to indigenous Palestinian families in the West Bank and Jerusalem al-Quds are in line with the regime’s land expropriation policies to build more illegal settler homes.

“Israel aggressively pursues the Zionist colonialism, which has been the bedrock of the regime’s illegal ethnic-cleansing agenda for the last seventy or more years,” Iqbal Jassat, an executive member of Johannesburg-based Media Review Network, told Press TV in an exclusive interview on Saturday.

He lambasted the Tel Aviv regime’s systematic theft of Palestinian property as “a reprehensible disregard for the inalienable rights of indigenous Palestinians to their own lands and homes.”

“The racist practice of evacuation is a misleading interpretation of forced expulsion illegal under the international law. It is also indicative of the Group Areas Act [of 1950] under the former apartheid regime of South Africa,” Jassat noted.

The ICC is mulling the possibility of opening a probe into the demolition of homes and displacement of dozens of Palestinians from Khirbet Humsa hamlet in the Jordan Valley.

The South African analyst also criticized the United Nation and the International Criminal Court (ICC) for their “impotence” to prevent Israel’s unjust and blatant violations of international conventions and principles.

“It also raises serious questions about the inherent biases existing within these institutions. These biases prevent the exercise of law in order to halt land grabs, home demolitions, expulsions and incremental genocide,” he pointed out.

Jassat went on to say that Western countries’ decades-long guilty conscience has prevented these states from criticizing Israel for its barbaric and brutal practices as such denunciations would be treated as anti-Semitic.

“The US and its allies in NATO view Israel as a bulwark of their interests in the heart of the Muslim world. They, therefore, place their so-called security goals above injustices against Palestinians,” the analyst said.

“Moreover, the Arab world is mainly made up of unelected despots, from Egypt to Saudi Arabia, the United Arab Emirates and Bahrain. Their collective view pivots on the false notion that their security is tied to Israel. That explains for the close proximity between their notorious intelligence services and Israel’s Mossad and Shin Bet.”

A Palestinian official tells representatives of the South American countries the Israeli regime has demolished more than 81 buildings in al-Quds since the beginning of 2021.

Jassat further noted that the controversial normalization agreements that several Arab states have struck with Israel have stifled opposition to the Tel Aviv regime’s colonialist and expansionist policies.

He said the unacceptable betrayal of the Palestinians’ struggle for liberation from the Israeli occupation resulted in the regime being granted an observer status at the African Union.

Press TV’s website can also be accessed at the following alternate addresses: