WE STAND WITH PALESTINE 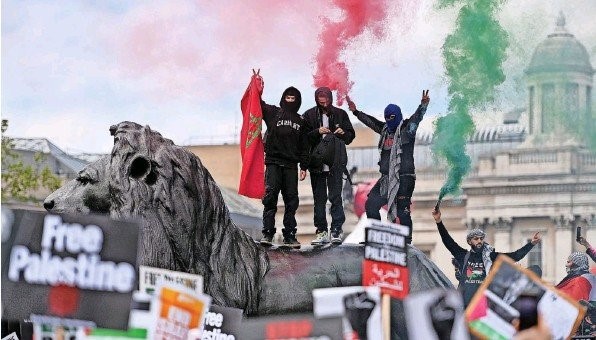 ON BEHALF of the South African government, I recently had to communicate our objection to the unjust and unwarranted decision of the AU Commission to grant Israel observer status in the union.

The commission has taken this decision unilaterally without consultation with its member states. The decision to grant Israel observer status is even more shocking in a year in which the oppressed people of Palestine were hounded by destructive bombardments and continued illegal settlements of their land. The AU strenuously objected to the deaths of Palestinians and the destruction of civilian infrastructure. The commission’s decision in this context is inexplicable.

The unjust actions committed by Israel offend the letter and spirit of the Charter of the AU. The union embodies the aspirations of all Africans and reflects their confidence that it can lead the continent through the practical expression of the goals of the charter, especially on issues relating to self-determination and decolonisation.

Israel continues to illegally occupy Palestine in complete defiance of its international obligations and relevant UN resolutions. The world continues to witness some of the most horrific scenes of brutality and violence exercised against Palestinians living in the Occupied Palestinian Territory.

We have witnessed the senseless taking of young, innocent lives, the destruction of civilian infrastructure and livelihoods in an “unbalanced power equation between an occupying power and a people, resisting occupation”.

An unwavering commitment is required to eradicate discrimination and policies of exclusion completely and permanently the world over. It is paramount that the global system deepens its efforts to eradicate the scourge of racism and discrimination and allow those whose basic rights have been violated, to enjoy the inherent human rights that others enjoy on a daily basis.

Since its inception in 1945, the UN has championed the principles of equality, non-discrimination and the right to self-determination as an integral element of basic human rights and fundamental freedoms. With international human rights instruments to guide us such as the Universal Declaration of Human Rights, the Covenants on Civil and Political Rights and Economic, Social and Cultural Rights, as well as the Declaration on the Granting of Independence to Colonial Countries and Peoples (1960), we ask, why is it that, over half a century later, the question of Palestine remains unresolved and why is it that the people of Palestine are denied many of the rights contained in these seminal documents?

South Africa, along with many in the UN membership have long accepted and supported a two-state solution, with Israel and Palestine living side by side in peace. Decades of aggression have made this internationally recognised concept improbable. South Africa urges the international community and in particular the UN to ensure the safeguarding of the rights of the Palestinian people. In this regard, we welcome the initiative to convene a Special Session of the Human Rights Council on the grave human rights situation in the Occupied Palestinian Territory.

South Africa supports the recent adoption of the UN Human Rights Council Resolution which establishes an International Commission of Inquiry to Investigate Violations in the Occupied Palestinian Territory, including East Jerusalem, and in Israel. However, action in this regard must be peremptory to avoid reducing these initiatives to “feel good talk shops”.

We are currently living in unprecedented times. The Covid-19 pandemic has presented enormous social and economic challenges, straining existing systems that are already grappling with numerous difficulties. The pandemic has further exacerbated the challenges faced by civilians and vulnerable groups, especially women, girls, people with disabilities and children, including those in the Occupied Territory. Containment measures have affected access to socio-economic necessities.

In this regard, it is paramount that the occupying power fulfil its obligations in terms of international law and together with the international community ensure that all barriers to accessing health care are eliminated.

It is therefore imperative that the Security Council, as the body entrusted to maintain international peace and security, take concrete steps against these illegal acts and go beyond mere rhetoric condemnation.

The recorded failures of the council in ensuring respect for and the upholding of the rule of law has dented the integrity of this august organ and highlighted the urgent need for the council reform.