“Normalization”: Betrayal of Palestine by Arab Despots No Easy Road 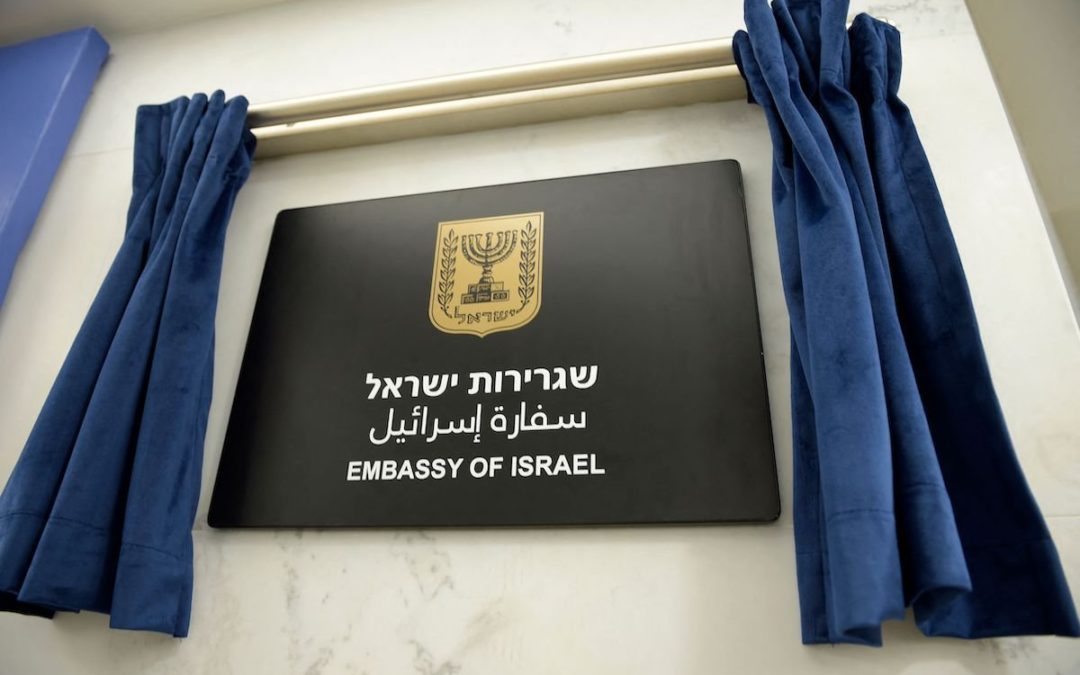 Pinning Palestinians down while applying harsh measures of violent repression accompanied by a fanatical settler movement of arch-racists given free reign to attack and plunder, is a notorious game Israel has elevated to a daily ritual.

In fact the routine of inflicting war crimes has all the hallmarks of a rogue regime entirely caught up in a misplaced belief that to engage in ethnic cleansing is a religious obligation.

Conflating Judaism with a racist political ideology of Zionism has been part of a strategy designed to deceive, distort and divert. It has its roots in the first Zionist congress held on the eve of the 19th century.

That this is well documented and widely known is not in dispute. Indeed awareness of Zionism’s goal to dismember and dislodge Palestinians from their centuries old homeland and forcibly impose thereon a foreign entity known as Israel, has always been a bedrock for resistance.

Israel has thus always been considered an enemy thrust upon a native population through the most horrific forms of terrorism. The memories of Deir Yassin reminds the world of  bloody massacres committed by Zionist terrorists which didn’t spare hundreds of villages to colonise Palestine.

That more than seven decades later the expansionist goals of Zionism are still being pursued at great human cost to successive generations of the indigenous Palestinian population, is reflected in daily atrocities.

None of these facts as attested to by historians as well as organs of the United Nations, are contested. Though of course Israel and supporters of it seek to distort and malign commentators who speak truth to power as antisemitic.

Yet against this background of terrorism and current conditions siege, occupation, killings and mass imprisonment – recorded and broadcast via mainstream media for all the world to witness – it is bizarre that a handful of Arab regimes have broken rank with Palestine’s freedom struggle.

And at a time when even Haaretz describes atrocities by Israel as a pogrom:

“Residents of the Palestinian communities in the southeastern West Bank have experiencewith settler attacks  – when they graze their flocks, work their fields, or even have a picnic on their own land. But they cannot recall an attack like the one experienced Tuesday by the small communities of Khirbat al-Mufkara, al-Rakiz and al-Tuwani. On Simhat Torah, dozens of young Jews, most of them masked, conducted what can only be described as a pogrom.”

The treachery associated with what has become known as “normalization” is an outrageous manifestation of betrayal and collaboration. Limited to the UAE, Bahrain, Sudan and Morocco, these regimes have in effect confessed that the protection of their shaky thrones counts for more than legitimate rights of the Palestinians.

As unelected self-imposed despots fearful of democratic values, they have bargained that “normalization” with the usurper of Palestine will “guarantee” safety and protection for them. In other words, just as Egypt has done, these oligarchs have outsourced their intelligence networks and security apparatus to Israel, knowing full well that in doing so, they have abandoned Palestine.

Though the abnormalty of implicit recognition of an illegal colonial enterprise has been in sharp contrast to countless Arab League resolutions, the deal of “normalization”  pushed by Trump and vigorously backed by the Biden administration has exposed these leaders as surrogates of western imperialism.

The case of Bahrain’s role in the “Abraham Accords” reveals the soft underbelly of Arab dictatorships. Besides being financially dependent on its neighbours especially the UAE and Saudi Arabia, Bahrain’s alliance with Israel is designed to entrench its power and crush any resistance to authoritarianism or efforts towards freedom and democracy.

In 2011, during the onset of the Arab Spring uprisings, Saudi Arabia sent troops to Bahrain to suppress anti-government protests. This trend continues today by Israel  equally committed to maintaining the status quo and preventing the success of any popular uprisings.

In this context one may justifiably condemn Bahrain’s gross insensitivity and abject abdication of Palestine’s freedom struggle as treacherous.

Showcasing Israeli war criminal Lapid’s visit to Manama where he is set to open the embassy flying Israel’s flag is utterly outrageous. This follows the opening of a Zionist embassy in Abu Dhabi and will likely be establishing one in Rabat. Sudan thus far has reportedly said that it has no plans yet to open an embassy in Khartoum.

Not surprising therefore that the Arab street across these capitals have vowed to end “normalization”. The iron-fisted grip held by Arab despots notwithstanding, human rights movements (many banned and leaders exiled) have declared their outright rejection of America’s much-vaunted Abraham Accords.

Stirrings in Sudan are becoming more vocal despite Khartoum’s attempts to silence critics. In Bahrain the main opposition group, al-Wefaq National Islamic Society declared Lapid’s trip as a “threat”, saying, “This is provocative news and this trip is completely rejected, and he (Lapid) should not set foot on Bahraini soil.”

Their message is clear: “Any (Israeli) presence on Bahraini soil means incitement.”