Israel – Exporter of Death and Repression in Africa 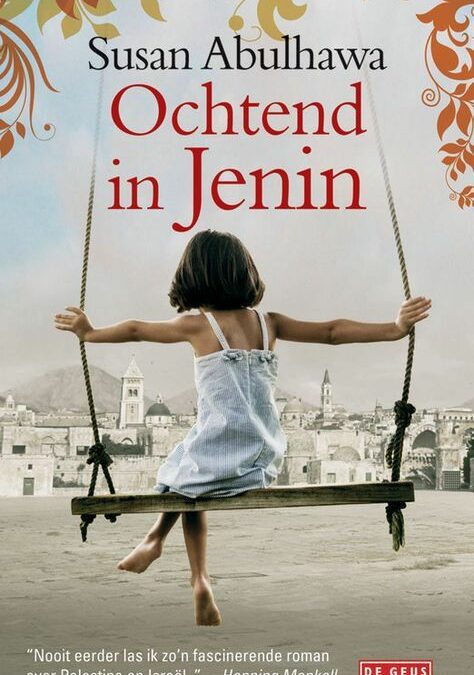 As the African Union grapples with itself over the recent granting of observer status to Israel, it behooves the continent to look deeper than immediate political arguments.  Critics insist, rightly so, that it is against the AU’s charter to admit a colonial nation whose existence is predicated on historic and ongoing ethnic cleansing of indigenous Palestinians.  But little is being said about Israel’s current and historic role throughout Africa.

Let’s start with the little known fact that Israel is the largest per capita exporter of weapons, surveillance, and repression tactics in the world. In fact, the consistent scale of these exports is unprecedented in recorded history.  Further, these findings are underestimated, as they are based solely on known sales, which are typically reported by recipient countries or through whistleblowers, as Israel is notoriously secretive about their arms exports.

Much of these trades have occurred throughout Africa and Asia, where Israel has been the most dependable weapons supplier in sustaining civil wars, bolstering racist colonial regimes, support of right-wing coups, repressive dictators, facilitating plunder by multinational corporations, and even fueling genocide.

In Rwanda, where an estimated one million men, women and children were massacred in the span of 100 days in 1994, it was Israel that provided the rifles, ammunition and grenades that made it all possible.  Literally, an arms transfer was made to them two weeks into the bloodletting.  After touring the killing fields, one Israeli arms dealer involved expressed pride in his work, claiming “I am actually a doctor,” because, he said, the weapons he provided helped the victims die quickly. Israel’s High Court refused petitions to declassify the full extent of Israel’s involvement in that carnage, as usual giving legal cover to war crimes.

During South Sudan’s civil war that left half a million people dead and 4 million displaced in the span of just a few years, Israel continued to supply the South Sudananese regime with arms even after a worldwide UN arms embargo was put in place. A retired Israeli general set up a fake agricultural charity there that was used to funnel over $150 million in weapons even after the UN had documented extensive and grave human rights violations, including drafting of child-soldiers, burning of villages, systematic rape, indiscriminate killing, pillaging and destruction of infrastructure. Per usual, Israel’s High Court rejected the petition of activists to declassify the true extent of Israel’s role in fueling these atrocities.

Israel continued supplying arms to Rhodesia (modern day Zimbabwe) during its repressive white colonial rule, even after UN sanctions were imposed in 1967, while the white minority was engaged in brutal repression of native aspirations for liberation. They armed and supported Portugal against national liberation movements in its former colonies in Mozambique, Angola and Guinea-Bissau.  Israel likewise funded and trained the military repression of anti-colonial uprisings and/or dictatorship in the Ivory Coast, Central African Republic, Benin, Cameroon, Senegal, Togo, Uganda, Nigeria, and Somalia.

In the DRC, Democratic Republic of Congo, Israeli generals armed and trained Mobutu Seseseko, who was responsible for the assassination of nationalist and pan-Africanist Patrice Lumumba, one of the most devastating assassinations of the 20th century.  They continued arming and training Mobutu’s military, bolstering his brutal military rule. Israel then supported a coup against Mobutu by the Kabilas (father and son).

They’re doing the same in the oil rich Equatorial Guinea, colluding with Exxon Mobil to suppress political dissent and facilitate the siphoning of that nation’s resources while Guineans languish in abject poverty. Likewise, Israeli arms, training, and forces have been facilitating Chevron’s corporate pillage of Nigeria and Angola’s resources.

Perhaps the most infamous case of Israel’s propping up racist colonial regimes was in Apartheid South Africa. Only after the fall of that inglorious regime was the extent and depth of the connection between the two nations revealed. Israel was South Africa’s closest ally, it’s most important arms supplier, and eventually its only friend in the world. The weapons that mowed down school children in Soweto were supplied by Israel.  Even after the images of that massacre shocked the world, Israel continued to arm, train, share intelligence with, and advocate for their racist friends.  A New York Times article, published six years after the iconic photo of Hector Pieterson’s lifeless body was taken in Soweto, quoted Israeli officials trying to convince the world to send weapons to South Africa, complaining that the UN embargo had created a shortage of spare parts for their friends. Not to be forgotten is the fact that Israel also shared nuclear technology with the Apartheid government, leading to their nuclear armament, perhaps in a bid to bring all of Africa under their thumb.

In tandem with the export of death, repression and surveillance technology, has been the extraction of natural resources, principally rough diamonds, which has been Israel’s largest export since its creation in 1948 by colonial powers to replace Historic Palestine.  In fact, extraction of African diamonds accounted for nearly half of Israel’s economy after its inception.  Today, polished diamonds account for at least one fifth of all Israeli exports.  Prior to the Kimberly Process, which was meant to remove so-called conflict diamonds from the market, the deadly extraction of African diamonds was the engine of Israel’s economy.  The extraction and sale of diamonds was linked to the arming and financing of civil wars, internecine fighting, human trafficking, child labor, child soldiers, and systematic mutilations—all of which was inextricably linked to Israel’s diamond and arms industries.

Following the establishment of the Kimberly Process, Israel seized the opportunity to take over areas that became off limits.  A network of Israelis thus established themselves in conflict areas such as Sierra Leone, Angola, and the DRC, and made billions exchanging blood diamonds for weapons, military training, and money.  Two main poles of this network were Dan Gertler in the DRC and Lev Leviev in Angola. The exchanged blood diamonds would be flown out of these countries by former Israeli Air Force pilots. Throughout this network are former Israeli generals and Mossad agents who handle the arming and training and intelligence gathering for militias and dictators.

To this day, there is little to no transparency when it comes to Israeli arms exports, and the diamond industry more or less functions like a state within a state, with little to no oversight from the government.  Certainly, there is no accountability even in their highest court.

This is to say nothing of the systematic destruction and torture of Palestinians, the indigenous society in the land.  The systematic ethnic cleansing, demolition of homes, theft of Palestinian land for the exclusive use of Jews, who are lured from all over the world with massive financial incentives to settle Palestinian lands. It is to say nothing of the abuse of children, the targeting of schools, places of worship, and destruction of Muslim and Christian cemeteries and erasure of non-Jewish archeological evidence.

It beggars belief that any African nation would invite such a force of bigotry and colonialism into their midst.  And for what? Other than their military and surveillance junk, what does Israel have to offer Africa that their own ingenuity cannot create?  With just a little investment in the education of their youth, there is nothing that Africans cannot do for themselves and indeed for the world.  Understanding this—truly internalizing it—is ultimately what it means to decolonize.  And standing in solidarity with those who still languish under the boots of foreign colonizers is a minimal expression of what it means to be a moral sovereign of one’s history and destiny.

susan abulhawa is a Palestinian author and activist for human, animal and environmental rights. Her first novel, Mornings in Jenin, was translated into 30 languages and is considered a classic in Palestinian literature.  Her most recent novel, Against the Loveless World, is a bestseller that won multiple awards. Abulhawa is also the founder of Playgrounds for Palestine. 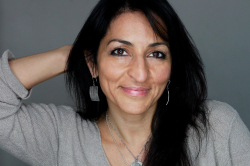 Susan Abulhawa
Susan Abulhawa is a Palestinian author and activist for human, animal and environmental rights. Her first novel, Mornings in Jenin, was translated into 30 languages and is considered a classic in Palestinian literature.Her most recent novel, Against the Loveless World, is a bestseller that won multiple awards. Abulhawa is also the founder of Playgrounds for Palestine.

Latest posts by Susan Abulhawa (see all)
Share this on WhatsApp

Susan Abulhawa is a Palestinian author and activist for human, animal and environmental rights. Her first novel, Mornings in Jenin, was translated into 30 languages and is considered a classic in Palestinian literature. Her most recent novel, Against the Loveless World, is a bestseller that won multiple awards. Abulhawa is also the founder of Playgrounds for Palestine.