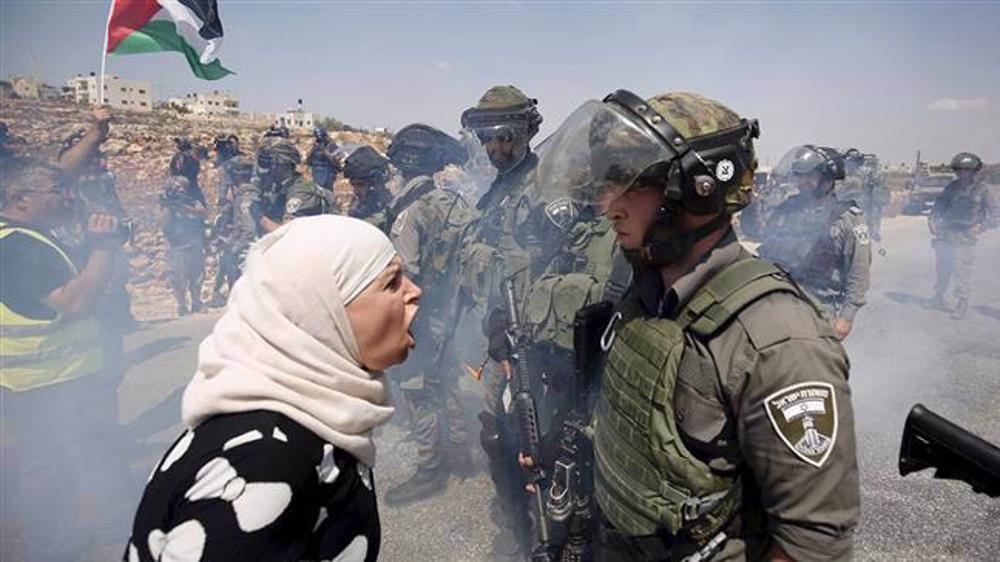 Many who are familiar with the ruling African National Congress (ANC) position on Palestine, will be pleased with Pandor’s stance. However, many who applaud the ANC, will nevertheless raise questions about why its progressive policies have seemingly reached a cul-de-sac.

The repeated mantra of “two-states living side-by-side”, pointedly reflects such a dead-end. More importantly, placing faith in the unlikely reincarnation of a stillborn to miraculously emerge as a healthy independent Palestinian state with East Jerusalem as its capital, is both foolish and futile.

Recent Palestinian polls reveal that nearly three-quarters believe the chances of establishing a Palestinian state are slim to none. And in a separate question, 59 percent say the “two-state solution” is no longer feasible due to settlement spread. Forty-two percent, a plurality, believe the most effective means of ending the Israeli occupation is armed struggle.

If an overwhelming majority of Palestinians categorically dismiss the notion of a “two-state solution” and point to large-scale land grabs or settlements across the Occupied Palestinian Territories as evidence for its non-feasibility, why has Minister Pandor not reassessed nor repositioned foreign policy to reflect this reality?

To foolishly pursue a mirage suits the Israeli regime and its backers perfectly. In fact right-wing war criminals heading the Zionist project to liquidate Palestine, actually relish such naivety.

In addition the polls confirm that the Bennet/Gantz regime is bargaining on two trends for two peoples: first, that the voting public – Israelis – accept or even support continuity, and second, that Palestinians – the non-voting public – will allow their quest for self-determination to be permanently thwarted, without major upheaval.

Dahlia Scheindlin, a political scientist and Palestinian researcher Khalil Shikaki, jointly conducted the survey which confirms that support for the two state solution has been waning for years.

Though these findings are far from earth shattering revelations, they serve as a timely reminder that for the South African government to cling onto the myth of two-states is misplaced, unsound and in conflict with its solidarity with victims of the settler colonial regime.

Zionist lobbies use the false narrative of two-states as a fig leaf to shield their complicity in Israel’s horrendous war crimes. Whether it is related to ethnic-cleansing being perpetuated around the clock in Occupied East Jerusalem or the Palestinian neighborhoods of Sheikh Jarrar and Silwan, or the state-sponsored settler terrorism, the lobbies keep resorting to fake support for two-states as a means to deflect from their apartheid ideology.

It explains why in South Africa you will not hear any of Israel’s apartheid ideologues ever calling on the Jewish state to lift its illegal occupation; end home-demolitions; halt settlements; release political prisoners and all other crimes against the Palestinians.

Their silence on all of Israel’s violations of international laws including being in contempt of the United Nations Charter and a host UN Security Council Resolutions, is conveniently concealed by false attachment to SA government’s “faith” in the illusion of two-states.

The paradox thus is that while Minister Naledi Pandor reflects the ANC-led government’s backing for Palestine’s freedom from Israel’s reprehensible politics of oppression and occupation, by linking it to the unattainable mirage of two-states, she is parroting a Zionist myth.

Zionist lobbies are obviously fully aware of the contradictions and thus take delight in perpetuating the myth.

Unless there’s a paradigm shift, the vacuous fixation on a non-existent solution will allow the Israeli regime to continue to hoodwink public opinion. Indeed, promoting the falsehood of a two-state solution has been exploited by the settler regime to the extent of gatecrashing the African Union.

Similar proganda has been used to co-opt a handful of Arab and African countries to “normalize” relations.

Against this background one must give due to the Islamic Republic of Iran for not having fallen victim to Zionist Hasbara. Consistent with its abhorrence of Zionism, racism and apartheid, Iran’s Foreign Minister Hossein Amir-Abdollahian described Israel as the root cause of all the problems plaguing the Middle East.

Amir-Abdollahian made the remarks in a telephone conversation with the head of the political bureau of Hamas, Ismail Haniyeh.

Iran’s top diplomat congratulated Haniyeh on the 34th anniversary of Hamas’ establishment, saying, “Hamas is among the pioneers of the Islamic resistance front for the liberation of Holy al-Quds, and plays a pivotal role in restoring the historical rights of Palestinians.”

Amir-Abdollahian also denounced the British Parliament’s “terror” designation for Hamas as a politically-motivated measure against the entire Palestinian nation.

The contrast between South Africa and Iran on their respective foreign policy positions vis-a-vis Israel reveals huge chasms. Any fair reading of the reasons why such wide array of differences exist would conclude that unlike Iran, South Africa has unfortunately allowed itself to be played by Israel.

The football in this game is the two-states. Regrettably, South Africa by playing according to Israel’s rules has in the process allowed the colonial entity to drag the game indefinitely without any just outcome.

A harsh reminder about the unequal and utterly disproportionate advantage Israel has in dictating terms is provided by the polls referred to above.

Most Israeli Jews defiantly justify their cause when asked if respondents feel guilt or shame about Israel’s ongoing “control over Palestinians in Judea & Samaria,” nearly three-quarters of Jews said they did not feel either sentiment.