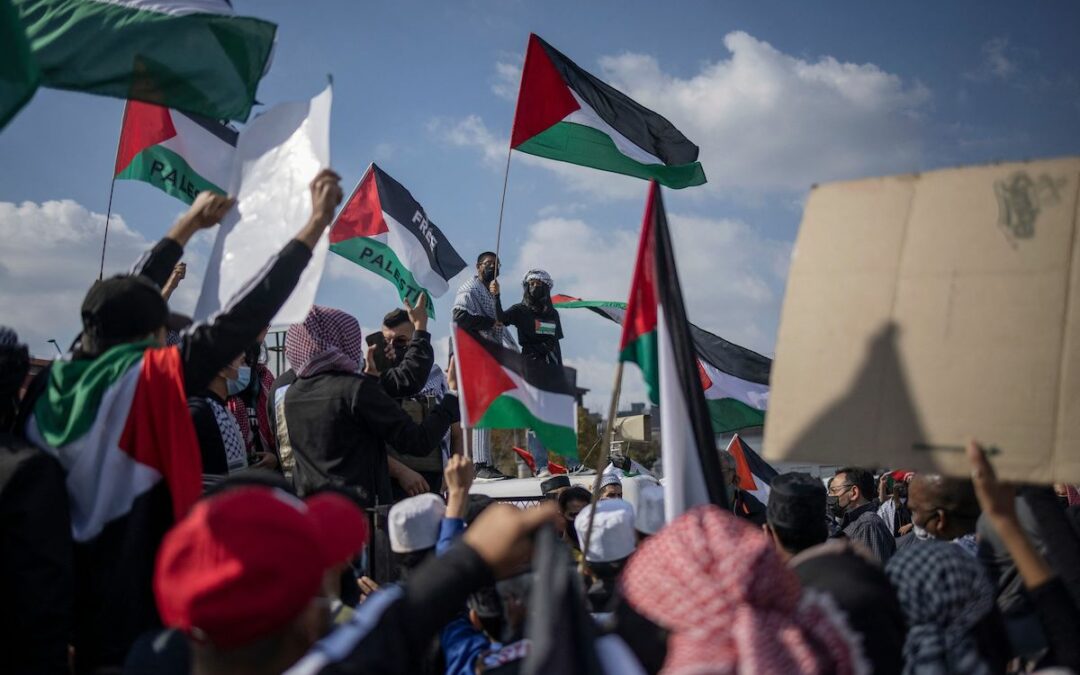 Seven years ago a high profile group of South Africans made damning findings against Israel following their fact-finding mission to most of the Occupied Palestinian Territories. Gaza was excluded due to Israel’s bureaucratic conditions. The visit, facilitated by Open Shuhada Street South Africa and the Heinrich Boell Foundation, included meetings with civil society organizations, human rights activists and locals, both Palestinians and Israelis.

At the time they noted that Israel’s military occupation and expanding settlement of the Occupied West Bank and East Jerusalem eroded the viability of a two-state solution. In fact seven years later with intensive expansion of settlements which in effect are large scale Jewish residential and commercial hubs deep inside Palestinian lands, has made an unworkable banstustan option for the indigenous Palestinian population a perpetual nightmare.

In a public statement the group reported that instead of finding the Palestinian Authority in charge of the West Bank, they realized the Israeli government and the Israeli Defence Forces (IDF) are in control of military and civilian affairs of the Palestinian population.  “Soldiers are seen everywhere. The West Bank is dotted with a network of military checkpoints, surveillance cameras, watch towers, segregated roads and a very high concrete wall that cuts across the territory annexing parts of the West Bank, including East Jerusalem (part of the Palestinian territory according to international law), to Israel.”

They found that repressive measures such as Palestinian movement is restricted through a permit system and IDs that relegate them to residents, as opposed to citizens.  “We witnessed Palestinians being herded through checkpoints in a system that is no better than cattle pens.”

Though today Israel is widely characterised as an Apartheid regime by leading international legal experts including Israel’s own B’Tselem NGO, it’s important to recollect the eye-witness account by the SA delegation: “Palestinian civilians are under military law, which is discretionary and arbitrary and they rely on the institutions of the Israeli occupation for most services, as the Palestinian Authority has limited powers. Israeli military courts are run by soldiers and traffic offences are tried by military courts, which have no system of due process and do not comply with the rule of law. People resisting the occupation are also tried in the military courts.”

The military element of Israel’s brutal oppression was also succinctly documented as indeed the stark discriminatory laws. Palestinians are detained in terms of military codes and face random decisions and postponing of their cases or procedures such as “administrative detention”, which potentially leaves them imprisoned for indefinite periods without access to proper legal representation, they wrote.

Applications for permits to leave the West Bank for work and other purposes have to be made to the military administration. In contrast, Israeli settlers in the West Bank are under civilian law and enjoy all basic rights like their fellow Israeli citizens, they added. The account provided by the group said it became clear through their visit that the settlement process and the mass dispossession and displacement of Palestinians are directly opposed to the goal of a two-state solution.

“It seems to be aimed either at the forcible transfer of the Palestinian population, which amounts to continuing ethnic cleansing or at the very least, the containment of Palestinians in a system of fragmented cantons. Violent suppression of demonstrations against dispossession and displacement is backed up by draconian military law.” The delegation’s visit to the Offer military court revealed that these courts operate on the presumption of guilt in a hopelessly unjust administrative process controlled by soldiers.

Although I’ve highlighted a few key parts of their comprehensive yet biting report, one wonders why the ANC-led government has to date failed to incorporate and implement the following crucial demands made by the delegation: An immediate end to the military occupation of the West Bank and Gaza, which remains under illegal blockade, and the removal of all settlements.

Support for the international Boycott, Divestment and Sanctions campaign against Israel until international law is observed. Israeli society continues to largely be complicit in the maintenance of the Occupation and Israeli politics remains dominated by the right and ultra-right parties. Thus the international community must make the occupation economically, politically and morally costly for Israel until it is dismantled.

The South African government to consistently apply all relevant legislation, including the Foreign Military Assistance Act.

The last point is particularly relevant as there ought not be any legal impediments to apply the provisions of the Foreign Military Assistance Act which is intended to prohibit illegal mercenary activities.  South African citizens deployed in Israel’s army in direct violation of the FMAA, should not be allowed to continue defying and thus making a mockery of our laws.

After all B’Tselem makes it clear that the Israeli regime enacts in all the territory it controls (Israeli sovereign territory, East Jerusalem, the West Bank, and the Gaza Strip) an apartheid regime.  One organizing principle lies at the base of a wide array of Israeli policies: advancing and perpetuating the supremacy of Jews – over another – Palestinians.