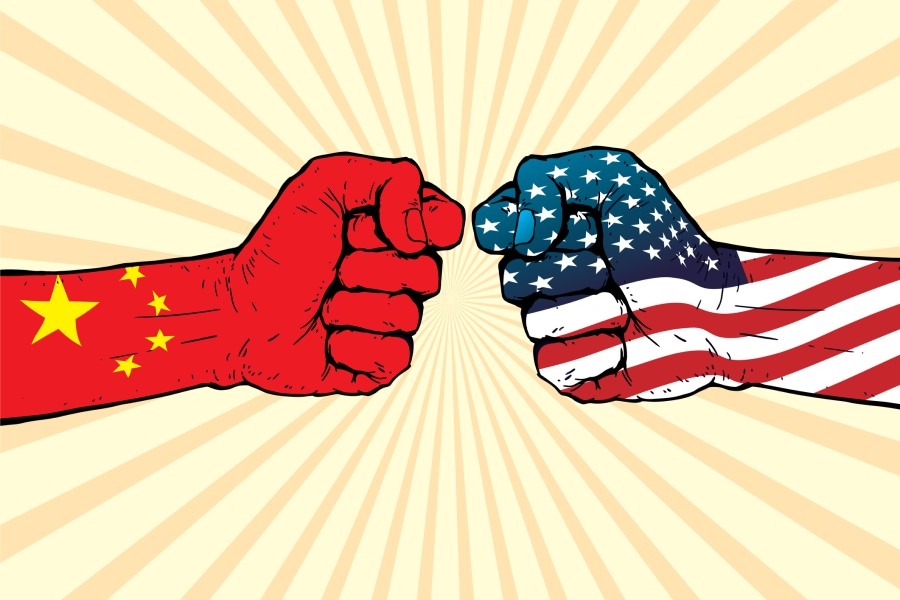 The current wave of military takeovers on the continent of Africa is a way of trying to stop China’s march on the continent by the imperial west. The fact that nearly all of the so-called coup leaders are western trained, raises a lot of questions than answers. Why at this time when there is a lot of tensions in the world, especially between China and the USA?

There is tension in the south China sea between China and the USA and those countries in its axis like Australia, New Zealand, and Japan have joined the USA in provoking the Chinese. But when one looks at who is the aggressor between the USA and China, one notices that the territories under dispute are more in China’s territory than the USA, pointing at the USA as being the aggressor. Would the USA allow China to lay any claim to Hawaii?

The imperial western countries have devised this grand plan to use their contacts in the military to try and roll back China’s advance. It is payback time from these western trained military officers who are now being asked to stage these coups as part of the west’s grand plan. The grand plan now is that the west envisages a divided Africa, one which belongs to either western influence, or Sino-Russia influence. Though they do not admit the rise of China as a superpower, they are aware that it is now inevitable.

They now have to have a backup plan similar to the one that prevails between the North and South Korea, and the now failed North and South Yemen, and the division of Vietnam. They don’t want to completely loose the cake but would rather keep the other half of the piece of cake.

If Africa is not careful, this is what the continent would end up looking like in a few years from now. The problem is that all along, the imperial west has looked at Africa as their backyard that oils their economies and are therefore not welcoming of any other power trying to compete with them.

If there is anything that is giving sleepless nights to the USA empire, it is the rise of China economically, politically, and militarily. The rise of China has challenged the mighty empire and they are now trying to employ any trick in the book to stop China’s march at all costs.

If our leadership on the continent sleeps on the job, this could become reality. We need a leadership that is conscientious and non-aligned to be able to see through these kinds of machinations by the superpowers. In a few years from now, Africa could be the battle ground of the superpowers.

Given the fact that Africa is the sole provider of raw material for almost everything that fuels the industries in the west and China, the battle could be fought on the continent. With the kind of leadership that we have at African Union (AU) and the lack of unity that is bedevilling our continent, Africa stands to lose a lot.

The west will continue to prop up dictators and military strongmen upon the people of Africa in order to continue exploiting the continent. We might continue to see a lot of bloodshed across the continent as the result of that. These military men in West Africa are all doing the bidding for the imperial west. They are not messiahs of the people hence their refusal to revert back to democracy as promised the people. The warning to them is that they should not underestimate the intelligence of the people of Africa, one day the people will turn against them and drive them out of power.

In the wake of these machinations by the imperial west, Africa needs to go back to the spirit of neither east or west, and really embrace non-alignment as it was during the cold war era. Africa should really start to look out for itself, its people, and its interests while being friends with anyone who wants to be their friend. We call upon the AU to be on the alert and checkout on its members lest they are snatched by the enemies of the African people.