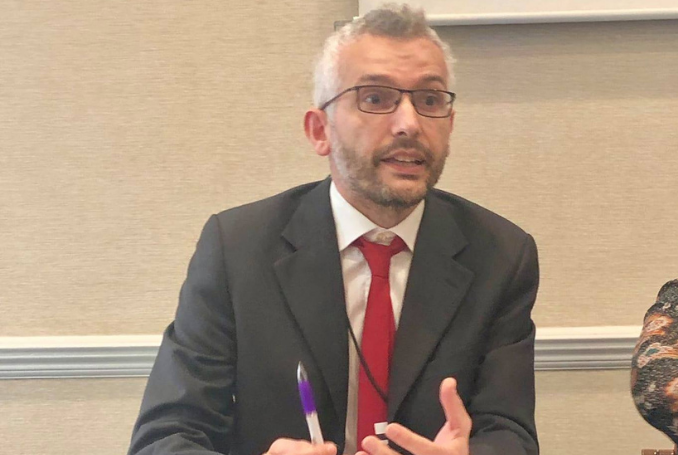 On March 2, the International Criminal Court (ICC) announced that it will immediately proceed with an investigation into Russia’s military operation in Ukraine. What has been dubbed ‘invasion’ by the West and ‘Special Military Operation’ by Moscow, has immediately generated swift international condemnation and action. The ICC was at the forefront of this action.

ICC Prosecutor Karim Khan said in a statement that the investigation was requested by 39 member states and that his office “had already found a reasonable basis to believe crimes within the jurisdiction of the Court had been committed and had identified potential cases that would be admissible.”

While any genuine, non-politicized procedure aimed at investigating possible war crimes and crimes against humanity anywhere in the world should, indeed, be welcome, the double standards of the ICC is palpable. Among other nations, Palestinians and their supporters are puzzled considering the numerous delays on the part of the ICC to investigate war crimes and crimes against humanity in Palestine, which has been under Israeli military occupation for decades.

To understand this subject more, I spoke with Dr. Triestino Mariniello, Reader in Law at Liverpool John Moores University, and a member of the legal team for Gaza victims at the International Criminal Court (ICC). I asked him:

First, please let us know where the ICC case on Palestine stands at the moment.

ICC former Prosecutor Fatou Bensouda officially opened an investigation on March 3, 2021, which is currently focused on possible war crimes, specifically related to the 2014 military aggression on Gaza, the Great March of Return and the illegal Israeli settlements in the West Bank.

Technically, the next step should be the request of warrants of arrest or summonses to appear, therefore moving from a “situation stage” to the “case stage”, in accordance to the Rome Statute.

However, nothing has happened so far.

Everything started long before 2021. The situation of Palestine was initially brought to the Court’s attention in 2009. In 2015, following Israel’s aggression on the besieged Gaza Strip, the State of Palestine formally accepted the Court’s jurisdiction and ratified the Rome Statute. It took almost six years (December 2019) for Bensouda to declare that there was “a reasonable basis to proceed with an investigation into the situation in Palestine”. The matter was referred to the Pre-Trial Chamber, which was asked to deliberate regarding the jurisdiction over Palestine. The Chamber only issued a decision more than one year later, in February 2021.

How would you describe the differences between the two cases – Russia in Ukraine, Israel in Palestine? And why, in the Russian case, the court was able to act immediately and with no delays?

It is difficult to compare the two situations, of course.

Ukraine accepted the ICC’s jurisdiction in 2013 and former ICC Chief Prosecutor Bensouda had already declared that there was a reasonable basis to proceed.

Following the beginning of the Russian military operation, current ICC Prosecutor Khan announced the official opening of the investigation.

Having already received referrals from 39 ICC States Parties, his office is not required to request an authorization to the competent Pre-Trial Chamber. In actuality, even in the situation of Palestine, the Court did not need further authorization and the Prosecutor’s request to the Chamber was completely optional.

As Legal Representatives of Victims, we expressed to the ICC judges our concerns that this unnecessary request of the Prosecutor would have caused a further delay in opening the investigation.

Among the 39 states, there are three countries that had openly opposed to the investigation in the Israeli-Palestinian setting, namely Austria, Germany and Hungary.

Generally speaking, international criminal proceedings are said to be particularly long. If this is true in the case of Palestine, in Ukraine the length is reduced to the minimum. The same happened in the Libyan situation, where the decision to open an investigation was taken with unprecedented expeditiousness, only seven days after the SC’s referral.

You are part of a team that defends the Gaza victims. Do they feel that there is a double-standards policy at the ICC?

Investigating serious violations of human rights is always a laudable initiative. What is less laudable is the double-standard policy. The painful reality is that after 13 years, we do not have a case yet.

For decades, Palestinian civilians have suffered the most serious violations of their fundamental rights, amounting to war crimes and crimes against humanity. Gaza Victims’ main interest is that the long-awaited and much-needed investigation moves immediately to the next stage: the identification of the alleged perpetrators. For them, it is really hard to understand what are the obstacles that prevent them from standing in court to finally tell their experiences and obtain justice.

The lack of effective measures taken by the Court until now reinforces the victims’ view that they have been suffering from a prolonged denial of justice. Additionally,  the long-standing impunity which has been granted to Israel encourages the perpetrators to commit new crimes.

Since the beginning of Russia’s military operation in Ukraine, we have witnessed the return of international law to the global arena. What is happening now shows that international law may be, indeed, an effective tool, if implemented correctly.

Palestinian victims continue to have high hopes for the ICC investigation, but they are seriously concerned that ‘justice delayed is justice denied’.

What can civil society do to accelerate the procedure related to Palestine?

It is essential to keep pressuring the ICC even by submitting further evidence that may attest to ongoing serious human rights violations that amount to war crimes. Let’s think, for example, of war crimes committed last May in Gaza, which should be immediately included in the current investigation.

Additionally, civil society should call on the ICC to widen the scope of the investigation, to include other international crimes, especially crimes against humanity, including the crime of apartheid, even in light of the recent reports by Amnesty International and other human rights organizations.

The message to the Court and to the international community must be crystal clear: Palestinians are not second-class victims and they will keep making their voice heard.

While we appreciate ICC’s efforts to shed some light on the Ukrainian situation, we must reiterate that other cases should not be forgotten or dismissed.

The ICC has been created to put an end to impunity enjoyed by the perpetrators of the most serious crimes. After twenty years, we should demand that the Statute is fully implemented, regardless of the geographical origin of the victims.

– Romana Rubeo is an Italian writer and the managing editor of The Palestine Chronicle. Her articles appeared in many online newspapers and academic journals. She holds a Master’s Degree in Foreign Languages and Literature and specializes in audio-visual and journalism translation. 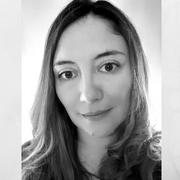 Romana Rubeo
Romana Rubeo is an Italian writer and the managing editor of The Palestine Chronicle. Her articles appeared in many online newspapers and academic journals. She holds a Master’s Degree in Foreign Languages and Literature and specializes in audio-visual and journalism translation.

Latest posts by Romana Rubeo (see all)
Share this on WhatsApp

Author: Romana RubeoRomana Rubeo is an Italian writer and the managing editor of The Palestine Chronicle. Her articles appeared in many online newspapers and academic journals. She holds a Master’s Degree in Foreign Languages and Literature and specializes in audio-visual and journalism translation.