Why Israel is no longer the exception to international norms 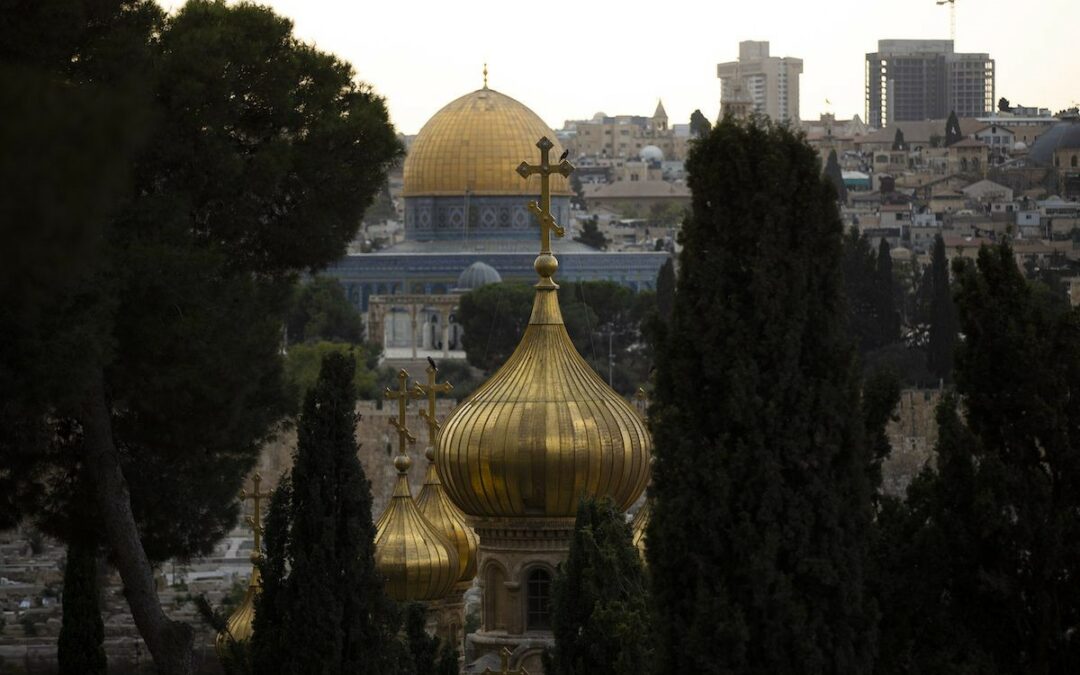 Can Israel be pressured? Or is it the only exception to international norms and the global political order in which every country, big or small, is subjected to pressures and subsequent changes in attitude and behaviour?

Events in recent days bring the question of Israel’s legal and moral accountability to the fore. On 21 February, the Israeli Nature and Park Authority decided to withdraw a plan which aimed to seize, illegally, church-owned lands on the Mount of Olives in occupied Palestinian East Jerusalem. The plan sparked anger and resistance among Palestinian Christians and Muslims alike. Local Christian leaders denounced the proposed theft of the land as a “premeditated attack on the Christians in the Holy Land.”

After the Times of Israel reported that the project was set to receive approval from the Israeli-controlled Jerusalem municipality on 2 March, Palestinian community and spiritual leaders began rallying support not only among Palestinians, but also internationally against Israel’s latest colonial-occupation scheme.

The decision to withdraw the plan proves once again that Palestinian resistance works. It is reminiscent of the massive Palestinian mobilisation in and around the Noble Sanctuary of Al-Aqsa in 2017, when people power in Jerusalem forced Israel to remove metal detectors and other “security measures” from the holy Islamic site.

One day after the Israeli decision to scrap the Mount of Olives plan, the Jerusalem Magistrates’ Court agreed temporarily to freeze the eviction order targeting the Salem family in the Palestinian neighbourhood of Sheikh Jarrah. The Palestinian family, three generations of which have lived in the targeted home, have mobilised, along with many other families and activists, Palestinians and international activists, in protest against Israel’s illegal seizure of Palestinian homes in the occupied city.

READ: The next step in Palestine’s anti-Apartheid struggle is the most difficult

While the Israeli court’s decision is only temporary and does not conceal the massive and systematic ethnic cleansing under way in Sheikh Jarrah, Silwan and the rest of East Jerusalem, it must be viewed in a positive light. It boosts popular resistance in occupied Jerusalem and, indeed, across the occupied Palestinian homeland.

Moreover, on 25 February, two Palestinian detainees, Hisham Abu Hawash and Miqdad Al-Qawasmi, returned to their families after spending many months in unlawful detention; they had been on hunger strikes for 141 and 113 days respectively. The immense suffering of these two men, along with numerous images of their emaciated bodies, have been used for months by Palestinians to illustrate Israel’s brutality and the now legendary sumoud, steadfastness, of ordinary Palestinians.

As expected, the freed prisoners were received by their families, friends and thousands of Palestinians with jubilation. Throughout the celebrations, the word “victory” was prominent over and over again on the streets, Palestinian news outlets and social media.

These are but a few examples of daily Palestinian victories that are rarely highlighted, or even recognised as such. These achievements, however humble they appear to be, are crucial to understanding the nature of everyday Palestinian resistance; they are also equally important for realising that even Israel, which likes to see itself as an exceptional state in every respect, can be subject to pressure.

When Palestinians and many others around the world called on Israel to end the forced evictions of Jerusalemites in Sheikh Jarrah last May, the then Israeli Prime Minister, Benjamin Netanyahu, said that his country “firmly rejects” pressure, and carried on with his coercive measures unhindered. When Palestinians then rose up in collective solidarity with Jerusalem and Gaza, the likes of US President Joe Biden called on all parties to “de-escalate”.

Yet Netanyahu continued to behave as if his country was above the law, political protocol and even common sense. “I am determined to continue with this operation until its goal is achieved,” he insisted. He even considered that war against Gaza — in fact, against all Palestinians — is “Israel’s natural right”. When the Palestinians carried on with their resistance, joined this time by a growing global solidarity movement, Israel was forced to accept a ceasefire, achieving little, if any, of its supposed objectives.

Currently, Israel is seeking the help of various mediators to free several Israeli soldiers — or their remains —currently being held in Gaza. The Palestinians are open to a prisoner exchange deal, and are demanding the freedom of hundreds of political prisoners, including leading Palestinian figures, who have been held in Israel for years.

Moreover, they are seeking real guarantees to avoid a repeat of a similar prisoner exchange in October 2011, when over 1,000 Palestinians were released only for many to be rearrested by Israel soon after. In this case, too, Israel has pledged that it will not relent in the face of Palestinian conditions, but it most likely will.

Israel is not the only country to claim that it is above pressure and accountability. Many colonial regimes in the past refused to acknowledge popular resistance in their respective colonies yet, somehow, traditional colonialism duly ended with the inglorious defeat of the colonisers.

This is not to say that Israeli exceptionalism is not real; it is, and it can be observed openly in the US Congress and the behaviour of many pro-Israel Western governments. Such exceptionalism often exposes hypocrisy and double standards as well as the illusion that a particular state is above the natural order and international norms which have governed state relations, politics and geopolitical realignments for centuries.

While Israel continues to delude itself that it is above pressure, Palestinians must realise that their resistance, in all of its manifestations, is capable of delivering the intended outcome, which is freedom. The rise of the Palestinian-led Boycott, Divestment and Sanctions (BDS) movement and its ability to challenge Israel on numerous platforms worldwide, is a perfect example of how the people of occupied Palestine have managed to take their fight for freedom around the world. If Israel is not susceptible to pressure, then why would it fight the BDS movement with much vicious ferocity and, at times, desperation?

Israel is not exceptional in any sense of the word. Like other colonial, apartheid regimes before it, it will eventually collapse, paving the way for a future wherein Palestinian Arabs and Israeli Jews can coexist as equals.

Why Israel is no longer the exception to international norms