Collective Punishment Must Be Called Out: In Palestine And In India 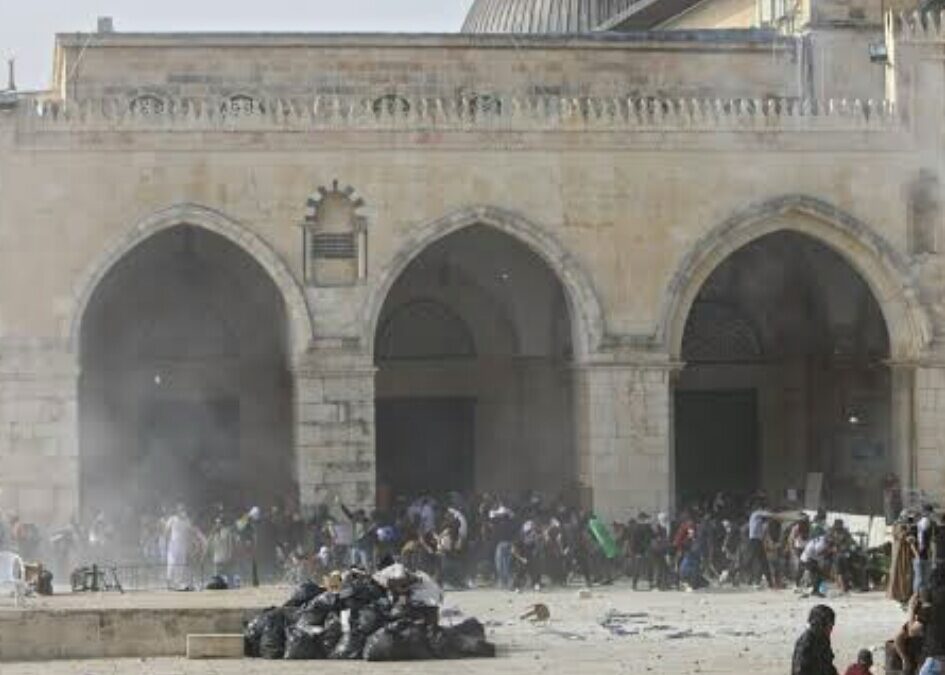 Finally, with a devastating war on its doorstep, Europe called out Russia for committing crimes of “collective punishment” – a term it studiously avoids using against Israel.

For Europe, America and the rest of the West, the war on Ukraine has not only been disastrous in terms of human suffering, it has also unravelled and exposed conflicting conundrums in respect of policies underpinned by hypocrisy.

Take the case of “collective punishment”. It is outlawed as a crime against humanity under international law. Most European countries led by Britain and France are signatories to legal  conventions that denounce its practice, yet remain silent despite being complicit  in a variety of ways in instances where sure criminal conduct is the order of the day.

The foremost example is the inhumane violence by Israel against Palestinian worshipers during Ramadan inside and around the sacred prescint of Islam’s third holiest mosque Al Aqsa in Occupied Jerusalem.

Journalists who themselves have come under Israeli fire, report that collective punishment against Palestinian worshipers including young and old, men and women, have become routine under Israel’s military occupation.

These crimes extend beyond Jerusalem to all of the territories where the indigenous population is rendered “stateless” in their own land since being colonised seven decades ago.

“At its heart, collective punishment is an exercise in plain racism: in Israeli eyes, every Palestinian is a permanent suspect, a terrorist waiting to strike…” is how one journalist described the Zionist regime’s assault on Jenin.

Recent accounts of Libya, Iraq, Afghanistan and Yemen confirms that the US and NATO allies are fully invested in using collective punishment to enforce their will on other sovereign nations.

Of course apart from Palestine, the West is also culpable in the terror being unleashed in India by the Modi regime against Muslims. In many respects one sees in India similarities with Israel in the cruelty of collective punishment.

In an important test case to bar Modi’s right-wing Bharatiya Janata Party (BJP) ruled states from demolishing the homes of Muslims, accused by the authorities of participating in violent incidents, a leading Muslim organisation has lodged a Supreme Court application.

Jamiat Ulama-e-Hind in a statement said they have filed a petition in the court “against the dangerous politics of bulldozers that have been started to destroy minorities, especially Muslims, under the guise of crime prevention in BJP-ruled states.”

The decision comes after the government in Madhya Pradesh state demolished dozens of homes and shops of many Muslims after they were accused of pelting stones at a Hindu procession. A similar action was reported in Gujarat state.

Violence against Muslims broke out in several Indian states recently during the holy Hindu festival.

In its plea, Jamiat Ulama-e-Hind has urged the court to issue instructions “that ministers, legislators, and anybody unconnected with the criminal investigation to be restrained from apportioning criminal responsibility regarding criminal action publicly or through any official communication until a determination by a criminal court

Unlawful demolition of properties owned by Muslims in India could “amount to collective punishment,” a global rights group has said.

Amnesty International on Thursday demanded a “thorough, impartial and transparent investigation” into “reports of demolition of largely Muslim-owned shops and houses following incidents of communal violence” in several Indian cities this week.

In Khargone, a city in the central Madhya Pradesh state, “provocative slogans were allegedly raised near a mosque during Ram Navami celebrations, which led to a riot, stone pelting and violence,” read the Amnesty International statement.

Officials soon claimed they had identified the rioters and that the “damages will be recovered from (their) private or public property.”

Authorities then proceeded to demolish several properties and houses, most of them belonging to “economically disadvantaged Muslim families,” the statement added.

“The majority of the demolished properties are owned by Muslims. Such punitive demolition of family homes of suspects could also amount to collective punishment, in violation of international human rights law,” Aakar Patel, chair of Amnesty International India’s board said.

If consistency is a requirement for policies embedded in human rights ethos, Europe and America will be found lacking dismally.