THE SCOURGE OF KIDNAPPINGS IN WEST AFRICA 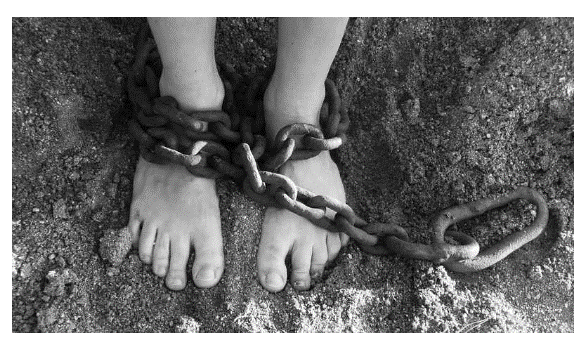 In West Africa, extremist and criminal groups have been carrying out kidnappings for ransom raids on schools, business people with hopes of trying to extort local populations of their hard earned cash. The motivation behind the majority of these cases is none other than extortion. The culture of criminal gangs is very common in many countries in West Africa.

According to The Liberty White paper Series on Kidnap, Ransom and Extortion, “Africa has experienced a significant increase in kidnappings for both political reasons and financial gain in recent years. Kidnap events in West Africa and parts of central Africa, where many foreign mining and oil companies operate, are common.”

The Liberty White papers suggests that “employers are responsible for the welfare and safety of their personnel. While most companies have detailed risk mitigation strategies in place, kidnappings are not always avoidable”. Those most at risk of kidnappings include foreign employees of multinational companies (particularly in the mining, oil and construction sectors), non-government (NGO) staff, tourists and foreign diplomats have also been targets.

The situation on the ground seems to be getting out of hand without any improvement despite the fact that governments have been promising to tackle the scourge. In early July last year, following six days of attacks, Nigerian authorities closed 13 schools after more than 125 students were kidnapped from a Baptist high school.

In addition to the kidnappings, 33 civilians were killed and four churches were burned. According to Statisense, a Nigerian data company, more than 3,000 people have been kidnapped since January. Instances like those seem to be occurring with increasing frequency in Nigeria and other parts of West Africa.

Irrespective of the type of kidnapping and the motive for its perpetration, the psychological and financial impact of the problem can be quite devastating, both for the victims and their significant others. Victims of kidnapping differ in age, ethnicity, socioeconomic status, level of education, and country of origin. Although anyone can become a victim of trafficking, certain populations are especially vulnerable to this form of victimisation

Another contributing factor to this scourge of kidnappings has to do with the prevalence of terrorism in the region. The rise of terrorist organizations like Boko Haram and others, has indeed exacerbated the problem. Some of these terrorist organizations assume a religious flavor and find it fit to go on attacking Mosques and Churches wantonly thus giving a religious flavor to the kidnappings.

Such widespread violence is devastating for the populations that live there. Not only are many of their lives in danger due to terrorist violence, but any sort of meaningful economic development is extraordinarily difficult to attain when people live under constant threat of violence.

Unfortunately, according to The Heritage Foundation’s 2021 Index of Economic Freedom, many of those countries struggle with corruption and lack the robust institutions necessary to protect their people.

Significant progress has not been made to combat the violent extremists, and as attacks continue, increasing numbers of people living in those regions are having their homes destroyed and loved ones killed. The combination of widespread terrorist violence and ineffective government has kept the people living in West Africa from enjoying the benefits of economic freedom.

When economic freedom improves, so does the environment, educational attainment & food security, and health outcomes. It’s a tragedy that those people have suffered for so long, and until the situation improves, they are likely to continue struggling.

Civil unrest, terror threats, endemic corruption, and ongoing abductions of Nigerians, including the well-publicised kidnapping of schoolgirls by terrorist group Boko Haram, underscore the continuing challenges of combating modern slavery in Nigeria. Modern slavery takes place within the context of human trafficking and sometimes begins with kidnapping. Yet, kidnapping is not a new phenomenon. However, the modern usage of the term ‘kidnapping’ dates back to 17th-century Britain where infants (‘kid’) of rich families have been ‘napped’ (caught in the sleep) for ransom

Kidnapping is on the increase in Nigeria, and it is prevalent across all the geopolitical zones. In the Niger Delta Region or the south-south and the south-east, militiamen are using kidnapping as an insurgent tactic to abduct foreigners and to seek for ransom in order to finance their violent movement. Opportunist criminals also commit kidnapping for ransom. In the Northern parts of the country, Boko Haram and other gang groups are reported to have committed large scale kidnapping.

Conclusively, poverty leads to kidnapping in Nigeria because some of the unemployed youths are turning out to kidnapping and they are using the kidnapping to get money (ransom) as a survival strategy. Corruption is not strongly linked with kidnapping, but there is indirect link between the two whereby unscrupulous politicians are using youths as political thugs to kidnap opponents or their family members with a certain demand or to intimidate them.

Governments in the region are not powerless to address those problems. It’s long past time for them to muster the political will to act. It’s not good letting people to continue living in fear from criminal elements of society and yet they have an elected government in power. Aluta Continua!