Islamophobia and the Politics of Empire 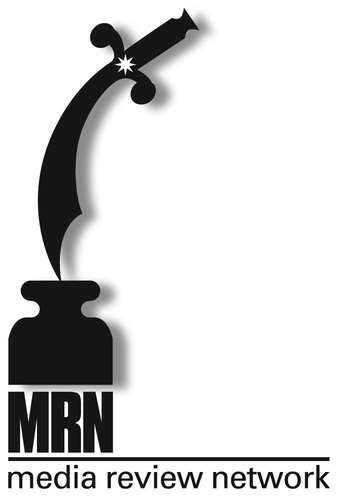 Book Review: Islamophobia and the Politics of Empire – Deepa Kumar

After testifying in court during the bail hearing in what has come to be known as South Africa’s first murder resulting from Islamophobic violence, a number of journalists approached me and confessed that they were completely ill-informed about the danger this menace posed.

Their candid views and the fact that the magistrate had probed me quiet intensely to make sense of Islamophobia were revealing. That he finally denied bail by leaning on the harmful political underpinning derived from hatred of Islam in a context wherein the accused being charged for murder is alleged to have mocked his victim as “Bin Laden” and other racist terms before brutally assaulting him, made me aware that while South Africa is relatively immune from Islamophobia, knowledge of it was inadequate.

It is thus a relief to know that new publications on this significant subject dealing with one of the most persistent forms of racism have made a timely appearance.

Deepa Kumar, who is neither Arab nor Muslim but an outspoken activist is the author of Islamophobia and the Politics of Empire. Her academic credentials as an associate professor of media studies and Middle East studies at Rutgers University in the United States are clearly evident in this brilliant study.

It is not surprising that Elizabeth Poole, author of Reporting Islam: Media Representations of British Muslims, hailed Kumar’s book as a presentation of forceful arguments supported by a wealth of evidence.

Having grown up in India in a home where neighbours on both sides were Muslim, Kumar is familiar with many practices associated with Islam, including the azan [call to prayer] as an everyday sound. She claims that instinctively she knew that the Islamophobic rhetoric that passed as common sense in the United States where she spent her adult life was dead wrong.

Having read her book and given my own limited experience in combating misrepresentations and demeaning stereotypes of Muslims and Islam, I am certain that her detailed analysis of the subject will expose the underlying racism inherent in the logic of Islamophobia.

Drawing on her academic training as a cultural theorist, Kumar situated the rhetoric of Islamophobia within the broader political, historical, legal, and societal context from which it emerges to show that anti-Muslim racism has been primarily a tool of the elite in various societies.

She acknowledges that the term “Islamophobia” may not be adequate to denote the phenomenon of cultural racism against Muslims: “While it does have some limits, I continue to use this term not only because it is now widely accepted but also because in this book I study specifically the fear [and hatred] generated against the ‘Muslim threat’”.

Kumar’s well-researched study is located within the prism of the American empire with a large part of the book detailing in great accuracy a complex web of intriguing laws attacking Muslim civil liberties. She deals extensively too with aspects of the United States’ duplicitous policies – both domestic and foreign – regarding the “Islamic threat”.

Readers unfamiliar with America’s extensive anti-Muslim network will be deeply shocked to find that surveillance, detention and deportation along with preemptive prosecution are defining characteristics of empire-building.

A particularly fascinating core part of Kumar’s insightful analysis is the chapter titled “The Persistence of Oriental Myths”. Here she demonstrates her profound grasp of the historical context of Islamophobia by rebutting a series of myths.

“Myths about Islam in the twenty-first century are indeed historical, but they are based on a distorted or selective interpretation of the past” she explains.

Deepa Kumar’s remarkable study will certainly stand out as a comprehensive and unique contribution in unmasking purveyors of anti-Muslim racism. More than that, she demonstrates that Islamophobic myths did not arise spontaneously after the end of the Cold War but are rooted in centuries of conquest and colonialism, from the Crusades to the ‘War on Terror’ in the words of Arun Kundnani, author of The End of Tolerance: Racism in 21st Century Britain.

Published by Haymarket Books in Chicago, Islamophobia and the Politics of Empire should be compulsory reading for analysts, commentators, journalists, activists and jurists.