Burma’s chance to do right by all its people 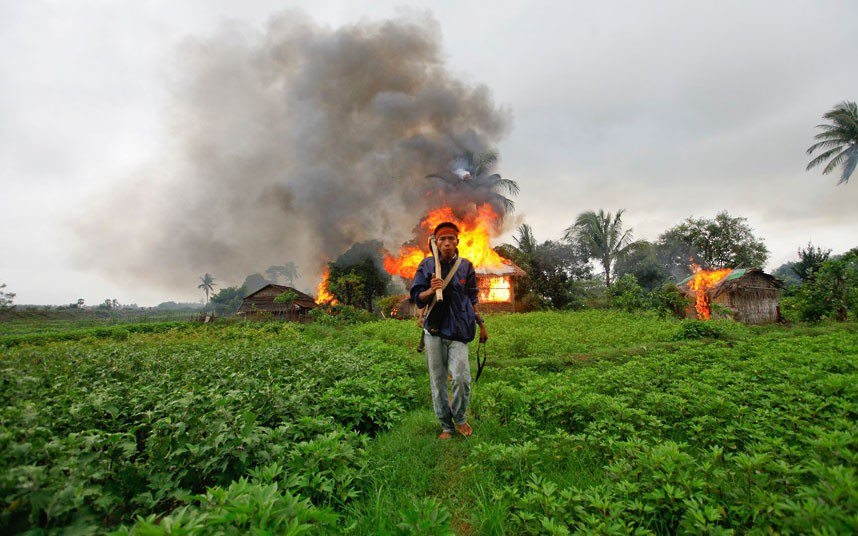 In Myanmar, the word “kular” is an insult that you hear shouted at Muslims. You can see it printed in vicious pamphlets about the Rohingya, Myanmar’s largest Muslim ethnic group, calling for them to be kept away from towns, kicked out of the country or murdered.

Kular is a slang word for “dark-skinned” — a form of abuse I know something about. And I, like millions of South Africans, know that such abuse can never last. God did not create us for such hatred.

I know also that a country is never truly free or prosperous until it is at peace with itself — until a nation, be it South Africa or Myanmar, loves and raises all its children equally. A nation must work hard and come together to realize this.

So we must be very measured in our praise of Myanmar’s new openness while its poorest and most vulnerable people, such as the Rohingya, are not living in safety and dignity.

I traveled to Myanmar recently and saw for myself a great number of the positive developments that others around the world have been cheering.

I met with several political prisoners who had been released by the new government after decades of detainment under the junta. I was thrilled to finally hold hands with Aung San Suu Kyi, who is no longer under house arrest and proudly stands in the parliament. We were free to walk the streets of Yangon together.

The dreaded red pen of newspaper censorship has also been put away; the printing presses are whirring, and Myanmar, which is also known as Burma, enjoys a newfound freedom of expression that many young people there had never experienced.

But I departed with a heavy heart. I was shattered by the poverty, the decaying buildings, the uncertain electricity supply and the broken sidewalks. Driving into Yangon, our group paid a number of tolls for which we received no receipt, nothing. How blatantly can you steal money that should be used to benefit ordinary people?

I am worried that the winds of change are not blowing evenly, that some of the weak and the poor will be left behind.

And then there are the Rohingya — just one poignant example of Myanmar’s new freedoms becoming exploited by bullies and extremists. How can people be treated in such a way — hunted down, homes torched, beaten and killed — in the name of a warped sense of nationalism? Do the perpetrators not know that we are from the same human family?

I was moved by a recent editorial in this newspaper that called it “a moral error” for Myanmar to gloss over its troubles.

This inter-religious strife, previously confined to one state, is spreading to other parts of Myanmar. Protests are being violently quashed. Swaths of land in villages are being confiscated. I pray that President Thein Sein, his colleagues and the rest of the leadership of Myanmar can all apply their impressive willpower so these tragedies can be addressed.

Otherwise, I fear that the extraordinary kindness I found there will never be rewarded and that a rare chance — one that I worried we might never see — will be missed.

If the leadership of Myanmar can come together and embrace all its people, the country can indeed be a land of milk and honey

Desmond Tutu is archbishop emeritus of Cape Town and a Nobel Peace laureate.