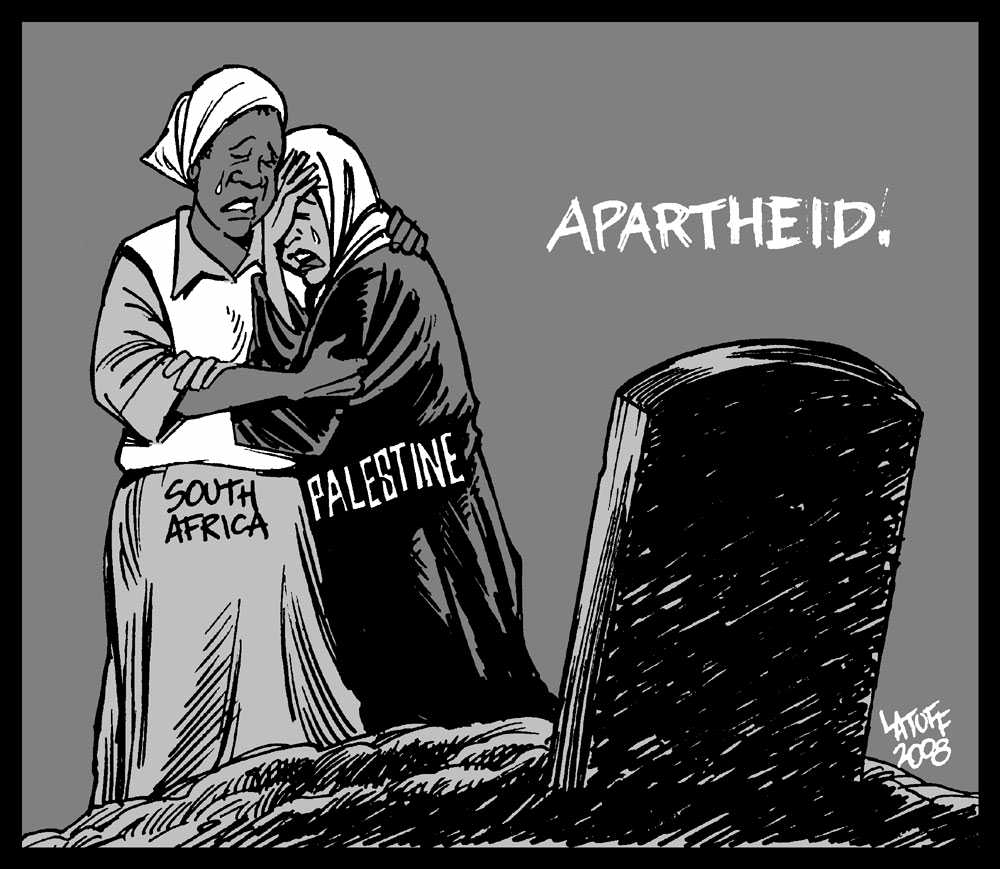 Demise of Israel by Aayesha Soni

The New York Post quoted Henry Kissinger, former secretary of State, “word for word”: In 10 years, there will be no more Israel. This is a shocking statement made by Kissinger and yet, not entirely baseless in its claim. Sixteen US intelligence agencies, with a combined budget over USD70 billion, have issued an 82-page analysis titled “Preparing for a Post-Israel Middle East.” It is no secret that the US has always been the greatest ally and a safe-keep of Israel since its inception. This leads one to question why the growing trend of loss of confidence, by not only its citizens but key members of influence, has been emerging in recent years.

Perhaps it is the ever-expanding trend of Apartheid style rule by Netanyahu and his government, with their implementation of stringent control and authoritarian limitations imposed on every aspect of every day Palestinian life. The increasing support and free-reign which the illegal Israeli settlers have enjoyed under the government and military in recent times could be another contributing factor. The world bears witness to the violent, irrational and hatred-fuelled attacks perpetrated by these extremists against the local Palestinians every day.

Such blatant disregard of basic human rights surely does not hold true to American values and principles. In an ideal situation, perhaps the greatest democracy in the world, the US, would see this as reason enough to stop their unscrupulous financial and political support for the state of Israel. However, they have supported Israel despite many rights violations and never faltered in this commitment. So what has changed that would prompt such an outlandish prediction from these highly placed political sources?

With the emergence of the Arab revolutions and rise of the Islamic Republic of Iran, the tides are changing in the Middle East region. Dictators who were previously all too happy to facilitate the actions of Israel are no longer in power. If the US has any hope of doing what is best for its national interests, supporting Israel and being under the influence of the ever persuasive pro-Zionist lobby would no longer be a sustainable option. It is not a simple co-incidence that there is a global trend moving away from the support of such a blatantly racist state. South Africa has the responsibility of spear-heading both domestic and foreign policy changes which will pave the way for the liberation of Palestinian occupation.

South Africa is a nation which has overcome Apartheid and the racist policies it brought with it. Liberation was attained by the struggle of both local heroes and sustained global pressure. The only way Israel, as it exists today within its Zionist and racist ideologies, will meet its demise is with a crippling and firm stance taken by the global community. These actions can be taken at both a governmental and more technically based levels. Heidi Jane-Esakov recently wrote an insightful piece comparing Israeli dispossession laws to those implemented by the Apartheid regime in South Africa. The similarities are hauntingly similar. Perhaps what is more evocative about her piece is the obvious and poignant role South African supporters and organisations who are pro-Zionist contribute to the human rights violations in Palestine on a daily basis.

Under the guise of being a charitable and environmental NGO, the Jewish National Fund (JNF) has carried out its ethnic cleansing in Israel. It is funded in countries worldwide and enjoys tax exemptions. The JNF is also exempt from paying taxes in South Africa. The JNF is just one way that Zionists all over the world contribute financially to the illegal displacement of local Palestinians. The theft of land and the creation of thousands of refugees expedites the creation of a Jewish only state of Israel.

One concrete step South Africa can take in this fight against the injustice is making sure that the tax-exempt status the JNF enjoys is revoked, so that land theft is not legitimised. Perhaps this will pave the way for more drastic foreign policy changes targeted at finally bringing freedom to one of the most oppressed people in the world.

As Isaac Asimov said, “It is change, continuing change, inevitable change, that is the dominant factor in society today. No sensible decision can be made any longer without taking into account not only the world as it is, but the world as it will be.” It is time for all the nations of the world, especially the US and South Africa, to start making sensible decisions. Governments who have the foresight to realise that continued support for a blatantly bizarre state like Israel is morally, financially and politically crippling to their countries. Who knows, in 10 years, there may be no Israel.