Israel the loser in Gaza conflict 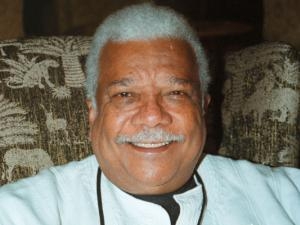 Who were the losers in the previous Gaza war in 2008 on the eve of the changing of the guards in Washington and in Israel? The most tragic casualties were of course the people of Gaza, who were killed in their hundreds – men, women and children.

But the next losers were the majority of Israelis who supported one of the most inhumane conflicts even by the standards of the Middle East.

The Israeli army took full advantage of its superiority in range of weapons and its capacity to destroy, and managed to give real meaning to the concept of “state terrorism”.

More than half the Palestinians killed were innocent civilians, many of them women and children. Are we about to witness a repeat catastrophe in Gaza? The Nazis in occupied France in World War II used to threaten French villagers as follows: “If you kill a single German soldier, we shall come and select at least 20 of you for execution.”

For every Israeli killed in this new Gaza war, the Jewish war machine seems determined to kill dozens of Palestinians.

The previous Gaza war in 2008 tarnished the reputation of Israel to a greater extent than almost anything else the Jewish state had done.

In the Six Day War in 1967, and in the Entebbe rescue raid in Idi Amin’s Uganda, Israelis emerged as spectacular heroes.

But in both Gaza wars the Israelis have been seen worldwide to be cruel military bullies, recklessly bombing the homes and schools of a relatively defenceless civilian population.

This second war was triggered by the targeted Israeli assassination of a Hamas leader on November 14.

The third category of losers of these Gaza wars are the Jews of the world.

This latest war has been another trigger of new forms of anti-Semitism (in the sense of Judeophobia) in Europe, Asia, Africa as well as the Middle East. When comparing anti-Semitism in the first half of the 20th century and the new anti-Semitism of the new millennium, a painful paradox emerges.

In the first half of the 20th century, the Jews were unjustly hated for their creative talents. Universities like Harvard and Columbia in the US had quotas for the number of Jews admitted because so many young Jews were intellectually successful and qualified for competitive vacancies. In European capitals, Jews were often envied because of their wealth and economic achievements.

In Western high culture, like musical composition, opera, theatre, literature and ballet, European Jews excelled out of proportion to their numbers. In the sciences, Jews won a remarkable number of Nobel Prizes. In the professions of medicine, law, and academia, Jews were admired and envied.

The anti-Semitism (or Judeophobia) of those years was partly rooted in jealousies born out of Jewish creative achievements.

Unfortunately, the new anti-Semitism generated by Israeli militarism is born out of Israeli destructive power. Jews were once envied because they were creators of culture and exemplary in invention and innovation. Israelis are now hated because they excel in targeted assassinations and large-scale destruction of the homes of their neighbours. The anti-Semitism of the first half of the 20th century was doubly unjust. It hated and destroyed Jews partly because they were innovative benefactors of the human race.

The new anti-Semitism is a child of the brilliance of Israelis in annihilating hundreds of their neighbours collectively, and sometimes in murdering them one by one in their beds, or in their cars in a neighbouring street.

Whenever Israel commits war crimes and crimes against humanity, as it has done in Gaza, it narrows the moral distance between itself and the Nazis.

When the Israeli military goes to the disproportionate degree of killing dozens of Palestinians for every Israeli killed, the army is drifting towards what Professor Yeshayahu Leibowitz of the Hebrew University of Jerusalem once called “Judeo-Nazism”. He was the editor of the Encyclopedia Hebraica and was warning fellow Israelis against giving meaning to such an unthinkable concept.

As Israel is now producing racist political parties, disenfranchising Arabs and initiating the first stages of domestic apartheid, is the concept of “Judeo-Nazism” becoming less and less a contradiction in terms?

The fourth casualties of the Gaza wars are Arab moderates in the Middle East – in government circles and among intellectuals. It has become less and less respectable to regard Israelis as viable partners for peace.

Barack Obama seems as subservient to the Jewish lobby as his presidential US predecessors. Rather belatedly, the US has joined the rest of the world in seeking a ceasefire in Gaza this year. In 2008, the US added insult to injury when the US Senate voted almost unanimously in support of what Israelis were doing in the last Gaza war.

The House of Representatives had only about 12 members voting against the pro-Israeli resolution. The two Muslim members of congress voted “present” instead of taking sides. The pro-Israeli atmosphere in congress at that time intimidated any honest congressman or senator into not voting according to his/her conscience.

Excessive support for Israel has become a threat to American democracy. Targeted assassinations by Israel are now imitated by President Obama, with his drone attacks on Muslim suspects of terror, even if they are American citizens.

President Obama is eager to help save Israeli lives, but he has not tried to save Palestinian lives from Israeli bombs.

In this second Gaza war, Israel has helped to empower Hamas rather than weaken it.

The Arab sympathy for Palestinians has been reawakened in the direction of Hamas rather than Fatah. Senior Arab ministers have visited Hamas to affirm their moral and diplomatic support. The issue has even brought the UN secretary-general to the region. Israel and the US have underestimated the vastly-changed regional situation. Barack Obama’s speech from Cairo in 2009 addressed to the Muslim world is now almost a remote memory. Can Obama reactivate that 2009 optimism today by showing genuine concern for the people of Gaza?

Barack Obama’s second term awaits such a moment of greatness.

– Mazrui is an African intellectual living in the US