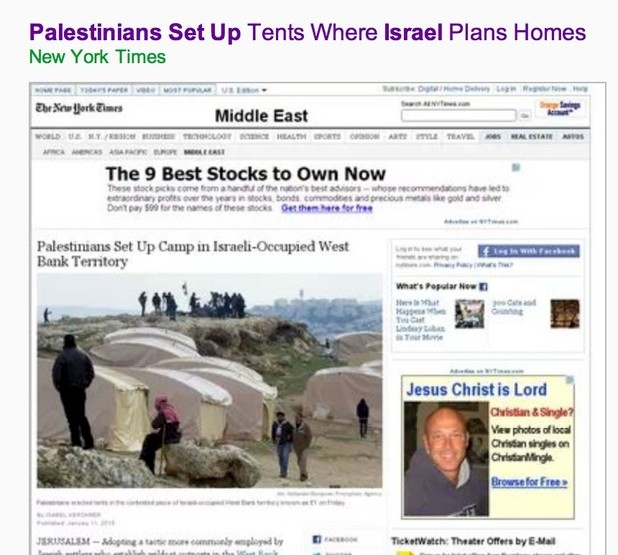 Screenshot proves a New York Times headline accidentally told the truth about Israel’s occupation of Palestinian land, before it was ‘fixed.’

The story is about today’s action by Palestinians to establish a village called Bab Al Shams on land that Israel has seized for construction of Jewish settlements in the occupied West Bank.

The website Newsdiffs.org shows that the original headline was posted at 1:09 PM EST. It was discovered to have been changed at 7:10 PM EST.

A key goal of Israeli propaganda is to eliminate the term “occupied” from media coverage of Israel’s, well, occupation. Many media have adopted terms like “disputed” that grant false legitimacy to Israeli claims to the land which are totally null and void in international law.

The Times article still describes the area as “hotly contested piece of Israeli-occupied West Bank territory known as E1.” And yes, I’ve taken a screenshot in case they decide to change that too.