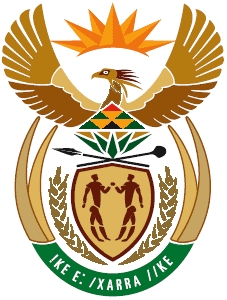 In a blatant act of undermining the South African constitution, First National Bank has frozen AAFSA’s funds with the intention to force the closure of the legal charity by end March. AlBaraka bank merely followed FNB’s suit in freezing AAFSA’s account without first notifying the Foundation, in late December.

AAFSA is a non-profit organisation registered with the Department of Social Development (DSD) and fulfils all obligations of relevant government departments, umbrella bodies and acts of legislation which define, govern and supposedly protect the non profit sector. It is in good standing with the DSD and was assured this week that it is not on any watch list issued or monitored by the Finance Intelligence Centre (FIC) which reports to the Minister of Finance.

FNB said its ‘business decision’ was based on threats of exclusion from some foreign financial networks which submit to the US government’s extraterritorial policies which target institutions outside of the USA. In particular, FNB claims it has ‘no choice’ but to close AAFSA’s accounts because the organisation is listed on the US Treasury’s OFAC list. AlBaraka merely followed FNB’s lead. Since AAFSA has done nothing wrong, and has not been accused of any wrongdoing by any South African authority (or even FNB), such a freeze on its money is about as close to theft as one can get without actually stealing something. The OFAC list is compiled by the US Treasury with no due process, no transparency and no real recourse by accused organisations.

AAFSA functions as a trust. Under South African law, a trust must operate a bank account in order to disburse funds to its beneficiaries. In AAFSA’s case, the main beneficiaries are 1,500 orphans who rely on AAFSA to subsist. The banks’ decision to close AAFSA’s accounts therefore threatens AAFSA’s very existence.

We believe that forcing AAFSA’s closure is a violation of the rights to freedom of association and expression as guaranteed by our constitution. AAFSA is also being prevented from fulfilling its responsibility of assisting in the protection of the vulnerable and in the alleviation of poverty – objectives which are clearly in concert with our constitution.

A South African organisation, with a South African board and accountable to South African donors is being denied these rights, not on the basis of its violating any South African laws or policies, but because it has being dubiously listed by a foreign government. This undermines the sovereignty of the South African state and potentially endangers the right of all civil society organisations in South Africa to operate freely and independently.

We expect that our commitment to compliance with all regulatory bodies and laws in South Africa and our registration with the DSD means that we can expect protection from our government? Foreign intervention by the US government – through South African banks – against civil society organisations here cannot be acceptable. If the South African government and society allow Al-Aqsa’s closure today, the precedent will have been set for foreign intervention to constrain the freedoms that legal and reputable civil society organisations in South Africa enjoy.