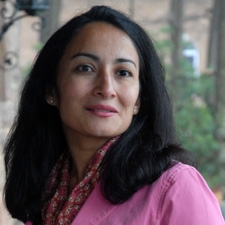 One of the items that I had listed was about a post by the Muslim journalist Asra Nomani, writing in The Washington Post in which she had cited the uncle of the brothers suspected in the Boston Marthon bombing as noting that the elder brother, Tamerlan, had started to say “Insha’allah” more frequently.

Ms. Nomani extrapolated that the “increasing use of these phrases of religiosity are code inside the community for someone who is becoming hardcore,” a “red flag.” It was something that I problematized in my blog.

Well, that didn’t go over too well with Ms. Nomani, and she wrote back a response on my comments section.

Here is my open letter to her. Yes, I do question her political acumen and judgment in forming alliances with the most vicious of Islamophobes.

You have known me to have been a supporter of you, I might have even been thanked in a book of yours at some point. Insha’allah, as you say, I can be a person who cares about compassion. So why would someone like me, whom over the years you yourself turned to for information and support about gender justice, now critique you?

Yes, I do care about compassion, and hope to live my life based on it. (So help me God.) But my compassion always starts out on the side of those who are marginalized and unfairly maligned. Over the last few years, time and again you have stood with those who hate and persecute the Muslim community.

Do you understand that when you take an anecdotal comment from Uncle Ruslan about saying “insha’Allah” and narrativize it to a comment about radicalization of the whole Muslim community, you are providing fuel for fear-mongering about Muslims? There are millions of people who say, and frequently say, insha’allah and masha’allah. I am one of them. You are carelessly associating that with “radicalization.”

[Do you need a reminder of this environment of paranoia? Do you remember the episode of the plane that was turned back simply because two passengers were speaking in Arabic? By what logic is speaking Arabic (something that more than a hundred million people around the world do, including Muslims, Jews, and Christians) a crime? This is the world we live in Asra. You are not helping.]
Asra Nomani: Washington Post pundit

Asra, this is not an isolated issue, and I would not have included you for an isolated episode. Sadly, there is a pattern of you standing with Islamophobes and against justice for years now. More on that in a second.

I don’t know what is in your heart. That is between you and God. Here is what I do know: you have become an enabler for those who persecute the American Muslim community. You not only went to the absurd “hearing” that Peter King put together, you spoke out again and again in favor of it. You know who wasn’t there? Law enforcement folks, who have talked again and again about how helpful the American Muslim community has been in providing them with tips to identify the few terrorist plans there have been. The one law enforcement person who was called refuted King’s fear-mongering.

What do I mean when I say you have become an enabler? Imagine a hearing on race issues when there is no African-American presenter, or on gender issues when there are no women present. Not many people would pay it much attention, rightly seeing through it. King and his ilk “need” a few Muslims who are wiling to go along with their inaccurate scapegoating of a whole community. Far from merely reporting on issues—something as a journalist of course it’s your right—you ended up presenting there and writing in its support again and again. You enabled the appearance of legitimacy for a hearing that had none. If you have the time to look up what it means to be a “native informant,” do. [Start with Fatemeh Keshavarz’s masterful Jasmine and Stars, and then read Hamid Dabashi.] Read up on the history of the civil rights era, and see what people like Malcolm X said about people who enable this type of oppression. I won’t use those words here, but I trust you know where to find them. Malcolm presents a critique of those who stand with the oppressors instead of the oppressed.**

Who else presented in those hearings, Asra? Zuhdi Jasser did, the guy who narrated the awful, racist, and inaccurate “documentary” Third Jihad. Yes, the same Third Jihad produced by the “Obsession” people that I wrote the expose on. Who organized this hearing? Peter King, the same guy who says “we have too many mosques in this country.” And what did King do? He proclaimed you and Jasser as “the real face of American Muslims.” Yes, he needs you and Jasser to give him the very last veneer of legitimacy.

If you want to find a person’s sense of justice, don’t just look at the words that come out of their mouth. Look at where they stand. Look to see on which side of justice and injustice they stand. And Asra, you chose to stand on the side of Peter King and folks who cooperate with—rather than stand up to—the worse of the worst Islamophobes in the country.

If one cared about issues of violence committed by Muslims—and I do—one would wok at what is actually effective: religious leaders in this country who provide deeper and more effective religious instructions, vibrant mosque communities that are integrated and welcoming, cooperating with law enforcement in those cases where are individuals (not communities) post a threat, etc. The threat of Muslim violence come not from inside these mosques and communities, but for the most part from individuals who are inspired by online lectures of “shaykhs” from overseas who use the context of US aggressions and wars to radicalize the youth. Is that a challenge? Of course it is. How do we respond? Not by holding the Muslim community by collective guilt, but by building up the kind of healthy, grassroots, on the ground level initiatives. And by keeping it in perspective, and to notice the actual trends, as these folks have done.
Peter King Hearings

You want to report on threat presented by Muslim extremists, do. It’s your right and your privilege. But to talk about by tracing it only to literalist readings of the Qur’an instead of also pointing out the entrapment operations where the FBI plants someone in a mosque to turn people over and then arrests them is not merely dishonest, it is politically misguided and naïve.*

What was your response, Asra, to these hearing? To write “Profile Me, Please!”

Really, Asra?
If you yourself want to be profiled, be my guest Asra. But you are writing on behalf of the efforts to racially and religiously profile a single community. How do I say this kindly? Our legal system is based on holding individuals accountable for their actions, not collective and communal blame/profiling. So no to “driving while black”, no to “studying while Muslim”, or whatever. No to profiling any community on basis of religion, ethnicity, class, race, etc. Yes to holding individuals accountable and responsible for their own actions. You yourself are protected by your visibility, American citizenship, and status. The same will not be true for other Muslims.

And Asra, you have also supported profiling Muslims by comparing the Muslim community with the KKK and Colombian drug-dealers?
Really, Asra?
Here is what you said:

“Indeed, just as we need to track the Colombian community for drug trafficking and the Ku Klux Klan for white extremists, I believe we should monitor the Muslim community because we sure don’t police ourselves enough.”

Should I even comment on that? Comparing a whole religious community with the KKK?

When the hateful pastor Terry Jones burned the Qur’an, you—who always talk about how Muslim communities deflect responsibility—turned the blame away from him and instead on Muslims:

“Qurans are being burnt because we, as Muslims, haven’t dealt sincerely and intellectually with very serious issues that certain Quranic passages raise, particularly in the West.”

You know that quite a few of us have in fact spent a few decades exploring all possibilities of resistance to hateful interpretations of Islam. But when you get someone like Terry Jones, the proper moral response is not to blame the Qur’an or Muslims, but to put the blame where it belongs: on his own hate.

So who stood with you Asra in this case? Robert Spencer. When the most hateful Islamophobes in the country are applauding you Asra, does that give you pause to stop and reflect on where you stand?

Asra, anyone can quote 4:135. It’s also one of my favorite verses. So we are not called to be unequivocal cheerleaders for the community, nor a reflexive defender of the community. In fact, to do so is to precisely engage in the homogenizing of the community that I have critiqued. No, what we are called to do is to stand up for justice. That is what I am critiquing you on Asra: over the last few years, you have time and again stood against justice, for racial and ethnic profiling, for absurd hearings that demonize Muslims, against inclusion of Muslims in the mosaic of American religiosity. You have stood against justice, and with vicious haters and the few enablers.

This is your track record Asra. These are people who stand with you. These are all the sides of injustice and hatred that unfortunately have ended up with you lining up on the wrong side.

I know how you tend to respond to criticisms: highlight the very personal nature of some online comments against you, and to talk about how Muslims have failed to take responsibility for the actions of a few crazies. I urge you to pause, reflect, and think about where you want to stand. Life is long, and insha’allah we can all use the remaining breaths we have working for something that is good and beautiful. I hope you do that, insha’allah.

I wish you all the best, and actually do hold you in my prayers that you combine what is best in you with an aware and just political commentary.

May God bless you and yours,

p.s. I am no longer a facebook “friend” with you. After your comments over the last few years, I de-friended you on FB. So if you want to engage me in conversations, feel free to do it here.

In the interest of thoroughness, Ms. Nomani wrote me back and stated: ”I stand by the positions that I have taken with a clear conscience and a clean heart.”

Rather than reflecting on her cooperation with Islamophobic forces, she stated: ”As it stands, you have now joined the ranks of the uncles who try to put down a woman by being patronizing, belittling and bullying.”

Glad to hear your conscience and heart are clear to you. As to your political acumen and judgment in lining up with Islamophobes, I think we (me, civil rights advocates, and the overwhelming majority of Muslim community members) are going to radically disagree on that, and insha’allah the judgment of history will help us figure out who was standing on the side of justice and who was enabling injustice and oppression.

May God bless you, and lead you to a better place than where you are today.

I guess we are done here.
Goodbye.