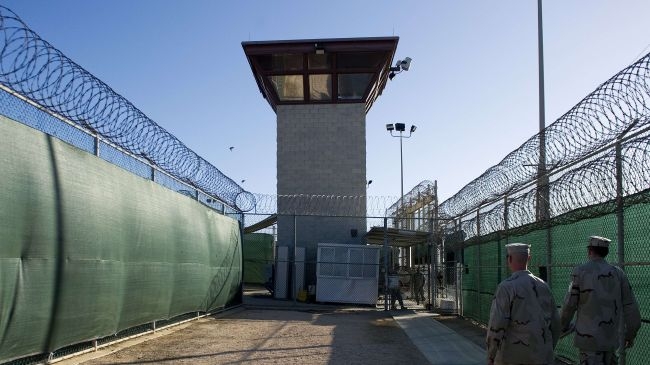 Report reveals use of ‘truth serum’ at Guantanamo prison

Recently-declassified US documents point to the forcible administration of a ‘truth serum’ of severe side effects to all the detainees at the US notorious prison in Guantanamo Bay, Cuba.

The documents detailed operating procedures for nursing staff at the facility, including the use of the drug, named scopolamine, The Sydney Morning Herald reported on Sunday.

According to the paper, information released by the CIA has shown that scopolamine had been disqualified as a truth drug because of its many undesirable side effects, including hallucinations, disturbed perception, headaches, rapid heartbeat, and blurred vision.

The Guantanamo facility is widely regarded as one of the American torture chambers reserved for Muslims with “suspected” ties to anti-US terrorism. Together with the US Bagram Air Base in Afghanistan and the Baghdad Central Prison, formerly known as the Abu Ghraib prison, the center has reportedly hosted the most controversial cases of systematic abuse and torture.

Shortly after his inauguration in January 2009, US President Barack Obama signed an official order to shut down the facility within a year, describing it as a “sad chapter in the American history.”

Later, however, the White House reportedly decided against the closure, citing legal and logistical complexities surrounding the detention and prosecution of inmates, held without any charges.