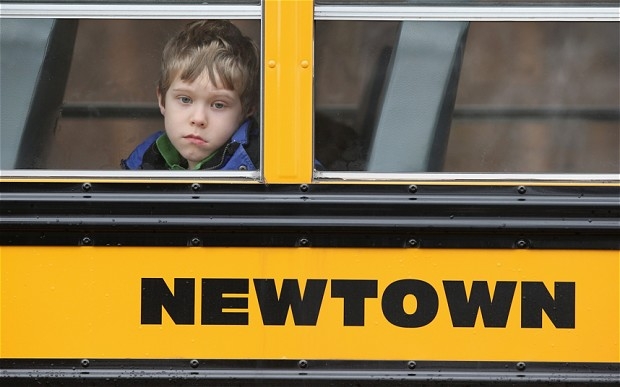 President Barack Obama shed tears in an emotional speech sympathising with the families of the victims tragically shot dead in the worst school massacre in the history of the USA. Twenty seven people were killed, 20 of them six and seven-year old. – Letter by Dr Firoz Osman that appeared in The Star Newspaper (20 December 2012)

As was written by Professor Chandra Muzaffar of the International Movement for a Just World, senseless, mindless killings of this sort have been happening at regular intervals in the US, and as pointed out in The Star (18/12/12) lax gun control laws are seen as one of the causes.

But over and beyond the question of gun control, US society as a whole will have to deal with its deeply entrenched culture of violence. Its emergence as a state was characterised by unspeakable violence against the indigenous people of the land.

The African slave population was also a victim of cruel violence perpetrated by slave owners and the ruling elite. Violence has continued to be perpetuated in politics and social life through the ages.

One of the main reasons why violence figures so prominently in US society is because its global power has been built around the institutions and instruments of violence. The US is the world’s biggest military spender. In 2012, its military expenditure was 711 billion dollars, more than 40% of total global military expenditure. Its 800 odd military bases gird the globe. It has the most devastating arsenal of weapons in the possession of any nation or empire in the history of the human race.

This huge killing machine has gone into action on a number of occasions in the last six decades in pursuit of its agenda of control and dominance. And among its millions of victims have been thousands and thousands of children.

Have we forgotten the 650,000 children who died as a result of the severe Anglo- American engineered sanctions against Iraq from 1991 to 2003 — sanctions which in reality served as a weapon of war? After the US led invasion and occupation of Iraq in March 2003, thousands of children continued to die in the unending sectarian conflicts unleashed by the war. The US-NATO clandestine wars in Latin America and its occupation of Afghanistan, bombing of Libya and the unmanned US drone attacks along the Afghan-Pakistan border has had a similar effect upon children.

In this regard, there is also the violence against children committed by the US’s special ally, Israel. Weren’t a disproportionately high number of Palestinian children killed in Operation Pillar of Defence in 2012 and Operation Cast Lead in 2008-9? What about the children killed in the 2006 Israeli assault on Lebanon? Or, the large number of children wiped out by the right-wing Christian Phalangists in Sabra and Shatila in Lebanon in 1982 who were working hand- in-glove with elements in the Israeli political and military leadership?

Who weeps for all these children killed over decades in different parts of the world by the might of power? Who mourns for these innocent lives? Who sheds tears for these buds of beauty crushed to death under the heels of the rulers of the world? Has the mainstream Western media—CNN or BBC; the New York Times or the London Times —- ever highlighted the massacre of these little ones? Do politicians across the globe trip over one another to offer sympathies to the families of the children killed?

It is only if we are prepared to overcome the underlying causes of violence that we would be able to eliminate one of the most horrific crimes against humanity — the massacre of children.