Belhadj warns against repeat of Algerian scenario in Egypt and Tunisia 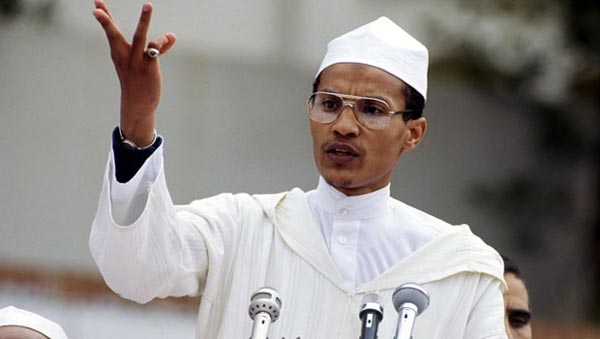 A senior official of Algeria’s Islamic Salvation Front (FIS), Ali Belhadj, has called on the Egyptian and Tunisian leaders to “learn from the Algerian experience and prevent it from happening in their own countries, under the pretext of a war on terror.”
In an exclusive interview with Al-Quds on Wednesday, Belhadj expressed his fear that the Egyptian authorities carried out a military coup in order to follow the Algerian example by arresting all of the leaders of the Islamic Movement and dissolving all the political parties that unite them.
“What is happening in terms of political interaction and security confrontation in Egypt raises many concerns that the coup leadership will repeat Algeria’s mistake by dismantling all Islamic parties and imprisoning all of their leaders,” said Belhadj. “Realistically, preventing these parties from participating in the political arena will give them the incentive to turn to violence.” This happened in Algeria when the leaders of the FIS were arrested and the party was dissolved by the army once it was obvious that the Islamists were going to win the election. “The members were left without any leaders, opening the door to an outbreak in violence.” The leadership in Egypt should not make the same mistake, he warned, because Algeria is still “paying the price” for that mistake 20 years ago.
Criticising the official Arab and Islamic position on what is happening in Egypt, Belhadj said that what is truly regrettable is that none of the official Arab institutions, whether it be the Arab League, the Organisation of Islamic Cooperation or the Muslim World League, have issued statements denouncing the arrest of a president as important and significant as Egypt’s. Before his arrest, noted Belhadj, he had everyone’s attention; all eyes and ears were on him. “Suddenly, he was arrested and detained and no one has gone to visit him except for Catherine Ashton, a representative of the European Union, and now a delegation from the African Union.” This opens the door to foreign interference which will put Egypt’s sovereignty at risk, he said.
“We can only hope that the violence occurring in Egypt will not be as severe as what happened in Algeria. It is clear that international intelligence agencies are hard at work in the Egyptian arena. Even if there is a chance for reconciliation, they will put an end to it,” the FIS leader added.
Mr Belhadj confirmed his belief that foreign interference in Tunisia, in terms of violence, has reached the point of political assassination. “While I cannot accuse any party without having proper evidence, I do not doubt that the Algerian regime hopes that the Arab Spring will fail.” In fact, he asserted, the Arab Spring has been “doomed” since it began. “Anyone with clear insight can see that foreign players have a hand in what is occurring in Tunisia. The assassination of Mohamed Brahman came on the eve of Egypt’s call for millions to rally for the sake of political legitimacy.” All these events shuffle the cards for the game, he insisted. “By tampering with the political scene and the security of Tunis and the countries of the Arab Spring, the international community was easily convinced that the Arab Spring produced terrorism. This is the goal of foreign agents. We now have Tunisians talking about terrorism and this is exactly what happened in Algeria.” It is certain that foreign, regional, and international forces are behind these events, he added.
Belhadj considers the lack of security and political stability in countries of the Arab Spring to be normal: “The revolutionary experience around the world has taught us that instability and lack of security are to be expected.” One needs time in order to achieve stability, he pointed out, as there are often remnants of the former regime still at work in various state institutions. “And there are always individuals who are opposed to the revolution and will do what they can to thwart progress.”