US Uses Past Crimes to Legalize Future Ones 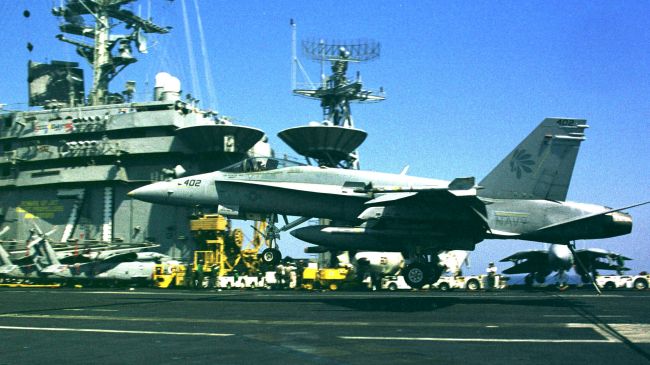 The liberal warhawks are groping around for a pretext they can call “legal” for waging war against Syria, and have come up with the 1999 “Kosovo war”.

This is not surprising insofar as a primary purpose of that US/NATO 78-day bombing spree was always to set a precedent for more such wars.  The pretext of “saving the Kosovars” from an imaginary “genocide” was as false as the “weapons of mass destruction” pretext for war against Iraq, but the fakery has been much more successful with the general public.  Therefore Kosovo retains its usefulness in the propaganda arsenal.

On August 24, the New York Times reported that President Obama’s national security aides are “studying the NATO air war in Kosovo as a possible blueprint for acting without a mandate from the United Nations.” (By the way, the “air war” was not “in Kosovo”, but struck the whole of what was then Yugoslavia, mostly destroying Serbia’s civilian infrastructure and also spreading destruction in Montenegro.)

On Friday, Obama admitted that going in and attacking another country “without a U.N. mandate and without clear evidence” raised questions in terms of international law.

According to the New York Times, “Kosovo is an obvious precedent for Mr. Obama because, as in Syria, civilians were killed and Russia had longstanding ties to the government authorities accused of the abuses. In 1999, President Bill Clinton used the endorsement of NATO and the rationale of protecting a vulnerable population to justify 78 days of airstrikes.”

“It’s a step too far to say we’re drawing up legal justifications for an action, given that the president hasn’t made a decision,” said a senior administration official, who spoke on the condition of anonymity to discuss the deliberations.  “But Kosovo, of course, is a precedent of something that is perhaps similar.”

Ivo H. Daalder, a former United States ambassador to NATO, suggests that the administration could argue that the use of chemical weapons in Syria amounts to a grave humanitarian emergency, just as the Clinton administration argued in 1999 that “a grave humanitarian emergency” presented the “international community” with “the responsibility to act”.

This amounts to creative legality worthy of the planet’s number one Rogue State.

An Illegal War as Precedent for More War

The US/NATO war against Yugoslavia, which used unilateral force to break up a sovereign state, detaching the historic Serbian province of Kosovo and transforming it into a US satellite, was clearly in violation of international law.

In May 2000, the distinguished British authority on international law, Sir Ian Brownlie (1936-2010), presented a 16,000-word Memorandum, evaluating the war’s legal status for the Select Committee on Foreign Affairs of the British Parliament.

Brownlie recalled that key provisions of the United Nations Charter state quite clearly that “All Members shall refrain in their international relations from the threat or use of force against the territorial integrity or political independence of any State, or in any other manner inconsistent with the Purposes of the United Nations.”

Brownlie added that the alleged right to use force for humanitarian purposes was not compatible with the UN Charter.

During the past decade, the Western powers have invented and promoted a theoretical “right to protect” (R2P) in an effort to get around the UN Charter in order to clear the way for wars whose final purpose is regime change. The use of R2P to overthrow Gaddafi in Libya gave the game away, ensuring Russian and Chinese opposition for any further such manoeuvre in the UN Security Council.

– The primary justification for the bombing of Yugoslavia was always the imposition of the NATO plans for the future of Kosovo. It was in this context that the bombing campaign was planned in August 1998.

–  The threats of massive air strikes were made in the same context and were first made public in October 1998. Neither the purpose of the planned air strikes nor their implementation related to events on the ground in Kosovo in March 1999.

–  The cause of the air strikes was quite simple: given that Yugoslavia had not given in to threats, the threats had to be carried out.

–  The legal basis of the action, as presented by the United Kingdom and other NATO States, was at no stage adequately articulated.

–  Humanitarian intervention, the justification belatedly advanced by the NATO States, has no place either in the United Nations Charter or in customary international law.

– If the view had been held that the Permanent Members of the Security Council would recognise the need for humanitarian action, then no doubt a resolution would have been sought.

– The intentions of the United States and the United Kingdom included the removal of the Government of Yugoslavia. It is impossible to reconcile such purposes with humanitarian intervention.

– The claim to be acting on humanitarian grounds appears difficult to reconcile with the disproportionate amount of violence involved in the use of heavy ordnance and missiles. The weapons had extensive blast effects and the missiles had an incendiary element. A high proportion of targets were in towns and cities. Many of the victims were women and children. After seven weeks of the bombing at least 1,200 civilians had been killed and 4,500 injured.

–  In spite of the references to the need for a peaceful solution to be found in Security Council Resolutions, the public statements of Mrs Albright, Mr Cook, Mr Holbrooke, and others, and the reiterated threats of massive air strikes, make it very clear that no ordinary diplomacy was envisaged.

As a final synopsis, Brownlie wrote a prophetic note on future use of “the Kosovo treatment”:

“The writer has contacts with a great number of diplomats and lawyers of different nationalities. The reaction to the NATO bombing campaign outside Europe and North America has been generally hostile. Most States have problems of separatism and could, on a selective basis, be the objects of Western ‘crisis management’. The selection of crises for the ‘Kosovo’ treatment will depend upon the geopolitical and collateral agenda. It is on this basis, and not a humanitarian agenda, that Yugoslavia is marked out for fragmentation on a racial basis, whilst Russia and Indonesia are not.”

He added: “Forcible intervention to serve humanitarian objectives is a claim which is only open to powerful States to make against the less powerful. The fate of Yugoslavia will have caused considerable damage to the cause of non-proliferation of weapons of mass destruction.”

The Brownlie Memorandum to the British Parliament is the most thorough assessment of the legal status of the Kosovo War.  It is quite remarkable that the liberal warhawks around Obama talk of using that war as a “legal precedent” for a new war against Syria.

This amounts to saying that a crime committed once becomes a “precedent” to justify the crime being committed the next time.

How Many Times Can You Fool Most of the People?

If understood correctly, the Kosovo war was indeed a precedent that should act as a warning signal.

How many times can the United States use a false alarm to start an aggressive war?  Non-existent “genocide” in Kosovo and Libya, non-existent weapons of mass destruction in Iraq, and now what looks to much of the world like a “false flag” chemical weapons attack in Syria.

In Kosovo, the United States obtained withdrawal of international observers who could have testified whether or not there was evidence of “genocide” of Kosovars.  The accusations escalated during the war, and when, afterwards, no evidence of such mass murder was found, the matter was forgotten.

In Iraq, there was never any proof of WMD, but the US went ahead and invaded.

In Libya, the pretext for war was a misquoted statement of Gaddafi threatening a “massacre of civilians” in Benghazi.  This was exposed as a fake, but again, NATO bombed, the regime was toppled, and the pretext falls into oblivion.

Sunday, just as the Syrian government announced readiness to allow international inspectors to investigate allegations of chemical weapons use, the White House responded, “too late!”

A senior Obama administration official demanding anonymity (one can reasonably guess the official was Obama’s hawkish National Security Advisor Susan Rice) issued a statement claiming that there was “very little doubt” that President Bashar al-Assad’s military forces had used chemical weapons against civilians and that a promise to allow United Nations inspectors access to the site was “too late to be credible.”

In the world beyond the beltway, there is a great deal of doubt – especially about the credibility of the United States government when it comes to finding pretexts to go to war.  Moreover, setting “chemical weapons” as a “red line” obliging the US to go to war is totally arbitrary.  There are many ways of killing people in a civil war.  Selecting one as a trigger for US intervention serves primarily to give rebels an excellent reason to carry out a “false flag” operation that will bring NATO into the war they are losing.

Who really wants or needs US intervention?  The American people?  What good will it do them to get involved in yet another endless Middle East war?

But who has influence on Obama?  The American people?  Or is it rather “our staunchest ally”, who is most concerned about rearranging the Middle East neighborhood?

“This situation must not be allowed to continue,” Prime Minister Benjamin Netanyahu said, expressing remarkable concern for Syrian civilians “who were so brutally attacked by weapons of mass destruction.”

Incidentally, polls have been taken showing that for much of the world, the most dangerous regime in the world is Israel, which is allowed to possess the most dangerous weapons – nuclear weapons.  But there is no chance that Israel will ever get “the Kosovo treatment”.

By Diana Johnstone (Retrieved from Counterpunch)