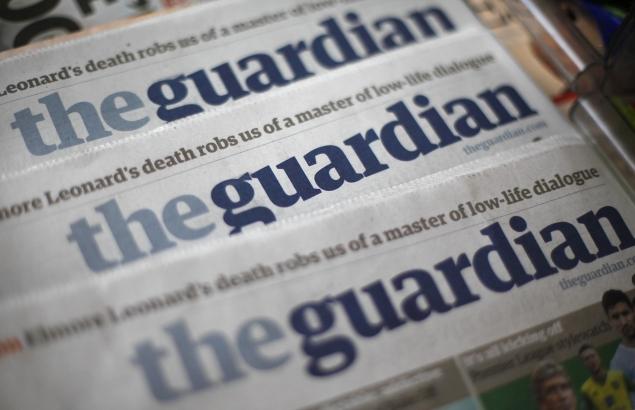 Conservative backbencher Julian Smith is leading the calls for the prosecution of the Guardian for publishing documents provided by former US National Security Agency Contractor Edward Snowden revealing mass state surveillance by the United States and Britain.

On Tuesday, Smith was granted a debate in parliament to make his claim that the Guardian should be prosecuted for aiding terrorism and endangering national security. Last week Prime Minister David Cameron urged a parliamentary inquiry into whether the Guardian had broken the law in publicising Snowden’s revelations.

The term “debate” when speaking of Tuesday’s events is a misnomer. Westminster Hall debates, adjacent to parliament’s main chamber, were established in 1999 by the Labour government of Prime Minister Tony Blair. They were designed to sideline contentious issues and “encourage constructive rather than confrontational debate.” The meetings are just 30 minutes in length, with the MP tabling the debate making a speech and the relevant government minister responding.

MPs wishing to speak have to ask permission of the MP or the minister responding, and there are no votes.

These proscriptions provided the government with the opportunity to make accusations against the Guardian without fear of them being seriously challenged.

Smith began by condemning the Guardian and demanding the police take action. He set the tone by slandering Snowden as a thief. “In the wake of the stolen Snowden files on America’s National Security Agency, it is right and proper that Parliament … debates the balance between national security and freedom of the press, and limits to and oversight of the power of our intelligence services,” he said.

“This debate,” he added, “focuses on a narrower and darker issue: the responsibility of the editors of the Guardian for stepping beyond any reasonable definition of journalism into copying, trafficking and distributing files on British intelligence and GCHQ.”

Smith cited the Terrorism Act and the Official Secrets Act as laws under which the Guardian could be prosecuted, stating that he had requested the Metropolitan Police Commissioner investigate whether the newspaper had breached them. Smith said he also asked the police “to ensure that The Guardian has been asked for a decrypted copy of all files to which it has access, so that we may protect our agents and operations.”

He was supported by Conservative Party MP Julian Lewis, a member of the Intelligence and Security Committee, who said, “If action is not taken, there will be direct results for our national security, now and in the future.”

Both were in turn backed to the hilt by James Brokenshire, Minister for Security at the Home Office, tasked with responding for the government. Brokenshire sits on the National Security Council.

His response amounted to a governmental threat to prosecute the Guardian unless it and the entire media acceded to official state censorship.

Brokenshire stated he would in future be “highlighting” the “huge damage to national security caused by reporting attributed to the highly classified material stolen by Edward Snowden.”

No lie was too big for the government, with Brokenshire claiming that the Guardian’s publications could result in a terrorist event on the scale of September 11, 2001.

“Once an adversary knows if and how we can read their communications, they will change their behaviour. When it was revealed that the US could read Osama Bin Laden’s communications in the late 1990s, we did not hear from him again until September 2001,” he said.

He made no attempt to back up how “national security” had been damaged, saying, “I cannot go into more detail of the damage done and the future damage, but we expect to lose coverage of some very dangerous individuals and groups.”

No opposition MP was allowed to intervene to oppose statements by Smith, Lewis and Brokenshire.

Labour MP David Winnick has voted strongly in favour of many of the anti-democratic laws carried out by the Blair government on the pretext of the “war on terror.” Attempting to speak on a point of order he said, “An orchestrated campaign is being launched against the Guardian to undermine that newspaper and to give the totally false impression that it is giving ammunition to terrorists.”

His point was dismissed by deputy speaker Martin Caton and he was prevented from continuing.

Labour MP Paul Flynn attempted to speak in response to Brokenshire “on a point of order.” This was denied but he managed to say to the deputy speaker, “You are the guardian of the reputation of this debate, and so far it has demeaned Parliament’s reputation, because we have had two speeches that were written and read with no attempt to engage us in debate. This is McCarthyite scaremongering that disgraces Parliament.”

A central aim of Tuesday’s circus was to push forward the government’s aim of bringing into law the previously aborted Communications Data Bill, to allow unhindered state spying on the population and give the government the power to retain data on any citizen without a specific purpose.

Brokenshire stated, “We remain absolutely committed to ensuring that law enforcement and intelligence agencies have the powers they need to protect the public and to ensure national security. Nothing that has been alleged about GCHQ’s capabilities changes that. Communications technologies continue to change, and we need to move with the times.”

In July, as the GCHQ spies oversaw the destruction of the Guardian’s computers, one of them said to its editor Alan Rusbridger, “We can call off the black helicopters.”

Tuesday’s debate was a clear warning that the government, by threats and legal action and by ongoing moves to regulate the media, will stop at nothing to ensure the illegal and criminal activities of its surveillance state. (See: “Main UK parties agree on statutory press control”)

The media has made clear that the government will meet no serious opposition to its plans to impose state censorship. For the most part, Britain’s newspapers and TV channels were silent on Tuesday’s extraordinary proceedings.

The Daily Mail, Daily Telegraph and Times reported it only in order to echo the government’s slurs. The nominally liberal Independent, who have fully complied with the government’s June 7 Defence Advisory Notice to the media not to report on Snowden’s revelations, did not report it at all.