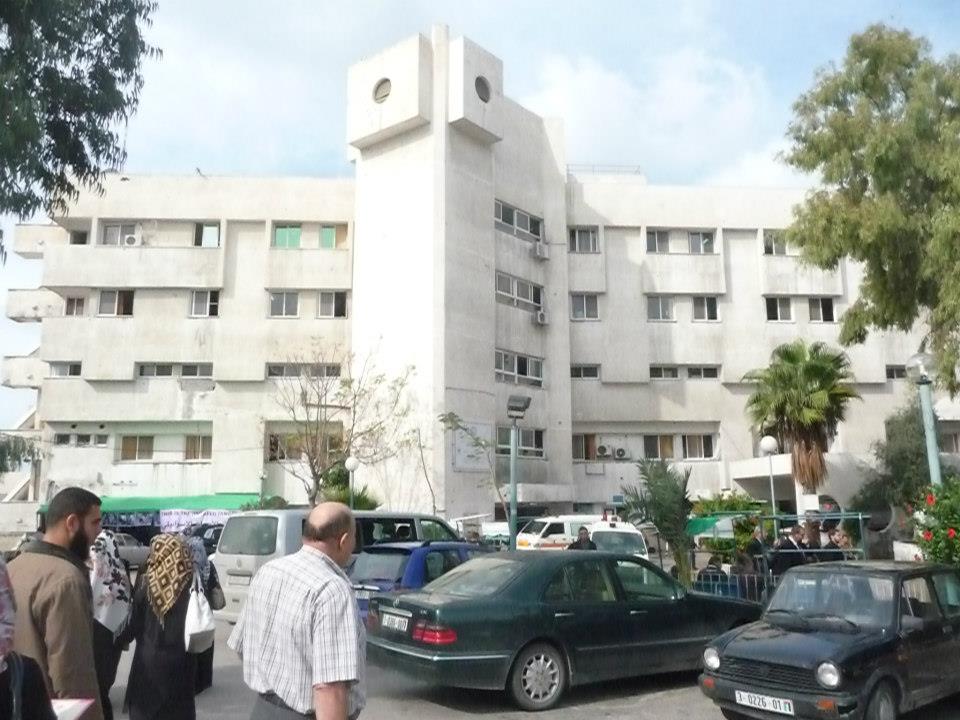 Being a final year medical student at the University of Witwatersrand in South Africa, going into Gaza on a humanitarian mission and seeing the healthcare system in Gaza was my prime objective. I had read that Gaza’s hospitals are at “zero stock levels” for 178 of 480 essential medications, with another 69 at low stock. Of 700 essential medical supplies, 190 are at “zero stock levels” and another 70 at low stock. I was expecting to be faced with a dire situation in terms of the medical and healthcare situation.

I visited and spent the day at the largest hospital in Gaza- the Al-Shifa hospital. Whenever faced with a disaster of mass scale this is the prime spot where all the casualties are brought. We were warmly welcomed, in what became known as the unique Gazan hospitality, by the director general of Al-Shifa hospital Dr Nasr. He began telling us about the general conditions of the hospital and the operations carried out, highlighting the general and every day struggles faced by the hospital. Al-Shifa hospital had carried out its first heart transplant- a remarkable achievement for a population cut off from all supplies, including medical access. Their surgeons had carried out various open heart surgeries; with the electricity being cut no less than 6 times during one of these operations. Amazingly the operation was still a success! The will of the doctors in Gaza was evidently no different from that of the people of Gaza- they were determined to be successful, no matter the challenges.

Walking around the corridors of the hospital, I was reminded of the healthcare system back in South Africa,  except for the fact that Al-Shifa was considerably cleaner than the teaching hospitals I have worked at in South Africa. We were told of how during an Israeli attack the number of patients brought in to the emergency department would be so over-whelming that patients would lay in the corridors waiting to be treated. Considering the Emergency Department only had 11 beds this was a reasonable expectation. I commented on the fact that Al-Shifa appeared very similar  to our hospitals back home. Dr. Nasr immediately pointed out a very relevant fact;  South Africa is not under constant attack and does not have to deal with the military casualties inflicted upon the civilian population by the fourth largest army in the world, Israel.

During both its onslaughts on the people of Gaza, during 2008/9 and 2012, white phosphorous- a chemical weapon illegal under international law- was indiscriminately used against the population of Gaza by Israel. Its effects are still seen today, as there has been a significant rise in the number of congenital heart diseases amongst babies in Gaza as a direct result of the white phosphorous. Also, this chemical substance has the ability to remain on trees and in the soil of the land for months after it is released- posing a constant threat to the people of Gaza who might come into contact with it on a daily basis. It has the potential to burn through ones skin on immediate contact.  These Chemical weapons were no different from those used in Syria but the reaction of the international community was  baffling and astonishing.

The (1949) Fourth Geneva Convention has two protocols that afford special protection to medical personnel and humanitarian staff. These are enshrined in articles 14-24. The Convention also guarantees respect for the freedom of movement of medical personnel, and ensures they be granted all necessary material facilities for them to perform their duties, including removal of victims, attending to and transferring injured and sick civilians, pregnant women, and children who require vaccinations. Palestinian medical personnel indicate that during the reporting period (27 December 2008- 13 January 2009) Israel killed medical personnel, including two doctors, whilst they were on duty and attempting to evacuate the dead and wounded in Gaza Strip. Investigations carried out by the Palestinian Centre for Human Rights (PCHR) indicate Israel targeted the medical personnel despite the fact they were wearing clothing that clearly identified them. In addition, during the reporting period, Israel also killed one truck driver working for the UN Work and Relief Agency (UNRWA) whilst he was transporting humanitarian aid near Beit Hanoun in the northern Gaza Strip. A second truck driver was seriously injured in the same incident. UNRWA subsequently suspended its entire Gaza Strip operations for twenty four hours, stating that Israel had targeted its staff despite the fact that its vehicles are clearly distinguished by blue UN flags, and UNRWA had secured prior coordination with Israel concerning the exact location and movements of its staff.

It became quickly apparent to me that the healthcare workers in Gaza put their lives in danger in a more serious manner than any other healthcare worker across the globe. By taking an active decision to be on duty for the civilian population of Gaza during an attack, they were knowingly jeopardising their own lives. Yet with every single doctor we met it became apparent that this was a sacrifice they would be willing to make over and over again. Dr Nasr told us something profound as we were escorted around the hospital and even spent time in the ICU department.  He said “We have decided to live”. The people of Gaza have not given up. They have refused to succumb to the inhumane treatment they are subjected to daily from the Israeli siege and closure of the Rafah border by the Egyptian military. The people of Gaza have an enduring desire to live, no matter what and it is this courage in their hearts which will afford them their freedom soon!