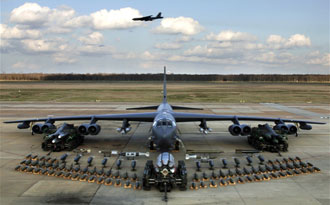 An intriguing dispute has arisen between the United States of America and Israel over China that may have adverse implications for both countries but most certainly for the Zionist regime.

It relates to military equipment sold by Israel to China via France in breach of America’s inviolable rule: Don’t sell arms to China. Though Israel has apologised for this, it has done so reluctantly after being caught with its hands in the proverbial cookie jar. Its reported that in early December, U.S. intelligence uncovered details of the surreptitious deal. It involves equipment such as a cryocooler which is used for drones and homing head missiles.

Israel has sought to downplay the fallout from this embarrassing discovery and has unceremoniously offered the head of Meir Shalit [Chief Export Control for the Israeli Defense Ministry] on a platter to the State Department. Though the buck ought to stop with its rightwing premier Benjamin Netanyahu, whose consent to authorize this roundabout deal would have been a prerequisite, it’s a reflection of the ethical and moral depravity that has clouded his regime.

Reports reveal that despite a US imposed embargo on Israel-China military trade, these have continued secretly for the most part of the last two decades. This lucrative trade has boosted Israel’s defense industry which reportedly made an estimated profit of $15 billion between 2000 and 2004.

It seems to be a display of bravado or chutzpah laced with arrogance suggesting that Israel is aware of America’s limits. In other words, bound as it is or verboten to sell arms to China, Israel is aware that chopping off just one head will buy America’s “forgiveness” and allow an uninterrupted inflow of roughly $8.5 million in military aid per day, courtesy of US taxpayers.

It reminds us of the secret military co-operation that Israel had with apartheid South Africa. Most of this was conducted discreetly because of a United Nations arms embargo. Sanctions busting characterized relations between these two pariah regimes without any regard for UN Resolutions or the imperatives of international laws and conventions.

It is hoped that policy researchers at South Africa’s Department of International Relations [DIRCO] will factor this shocking breach of trust in on any analysis it may deem necessary to evaluate the morality of retaining ties with an apartheid regime.

A quote that may be necessary in this context is one made by Nelson Mandela who said that “The people of South Africa will never forget the support of the state of Israel to the apartheid regime.”