Boko Haram opens doors to the West for abduction of Africa 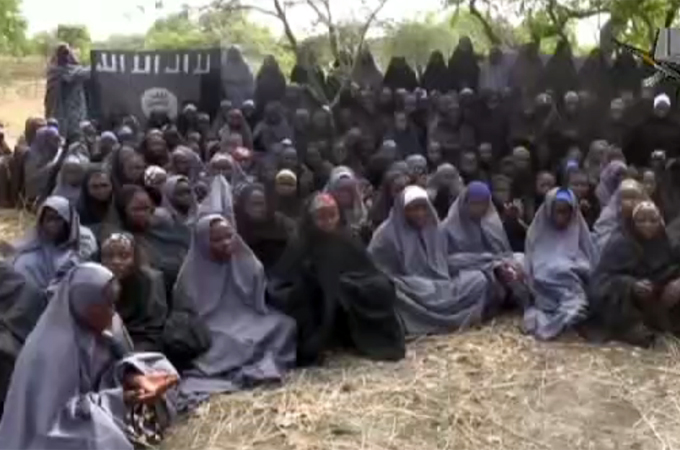 Unacceptable n intolerable! This in essence sums up the sense of outrage and indignation contained in widespread reaction to allegations that Boko Haram abducted over 200 young girls in Nigeria.

Unconfirmed reports also speculate that many if not most of these girls have been sold off as child brides.

The Nigerian government faces a barrage of ongoing protests for failing to respond effectively and timeously to rescue these girls.

As these protests escalate in various capitals of the world, Boko Haram’s illegal and immoral methods have yet again given rise to questionable media reports that not only display lazy journalism but border on fuelling Islamophobia.

Without any substantial probes on who exactly Boko Haram is and whether there exists a possibility of renegade groups masquerading as Muslim “militants” who by these devious actions pave the way for America’s military presence in resource-rich Nigeria.

By the way America has been joined by more Western regimes, notable Britain and France including Israel, in what is described as efforts to locate and rescue the girls.

On the surface it appears to be no more than a benign humanitarian response, yet it’s known that Nigeria is one of many African countries who like South Africa, has resisted American pressure to allow the establishment of military bases linked to AFRICOM.

The obvious corollary of Boko Haram’s misdeeds opens Nigeria up to Western hegemony in an obscene replication of the colonial era.

China’s expanding footprint in the continent needs to be contained and countered. What better way to “moralise” West’s so-called “humanitarian” intervention?

Allready global outrage has attracted socialites and high profile politicians who are pictured alongside placards depicting the theme of the campaign: “#BringBackOurGirls”.

Discredited figures associated with the illegal “WarOnTerror”, who are responsible for far worse atrocities that include mass killings of civilian populations, dispossession and major refugee crisis, cannot by any stretch of the imagination expect us to conceal our scepticism, can they?

The danger inherent in peddling half-baked information especially in a climate of intense Islamophobia cannot be underestimated.

Media reliance on adjectives in vogue especially since 9/11 have a chilling impact. Whether these demonising expressions associated with Islam and Muslims such as “Islamists”, “Muslim extremists”, “Islamic fundamentalists” or “Radical Islamist terrorists” are used wittingly or not, does not represent responsible journalism.

Portrayals of human rights violations and inhumane misdeeds by groups associated with their faith as seems to be the pattern in the case of Boko Haram, feeds a narrative that fulfils nefarious goals of warmongers.

Boko Haram has not only caused an international outcry resulting from this abduction, it has in effect paved the way for the abduction of Africa by the West.