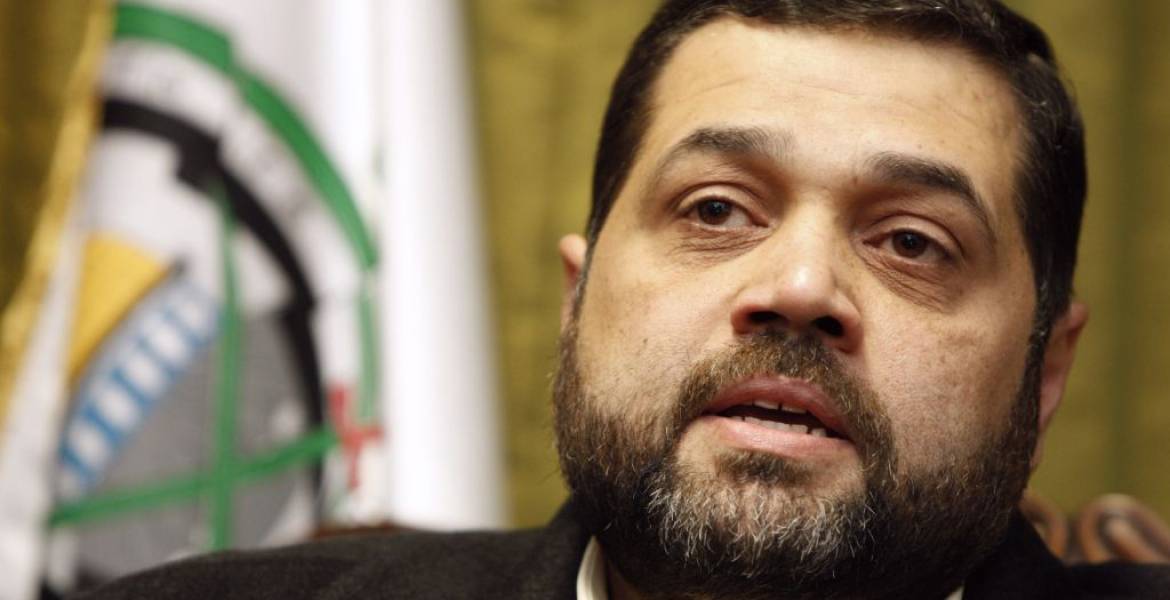 Usamah Hamdan visited South Africa in January 2015. South African author and activist Suraya Dadoo spoke to him about the inspiration Hamas draws from South Africa and its liberation movements.

“We draw much inspiration from Mandela; from South African resistance movements; from your struggle against apartheid, and also from the global boycott campaign that isolated the Apartheid regime,” explains Hamdan. It is on the question of the armed struggle that Hamdan feels there is a strong connection between Hamas and the African National Congress (ANC), in particular.

I explain to him that there are some South Africans who are offended by the comparisons between Hamas and South African liberation movements. After all, I argue, cadres from Umkhonto We Sizwe (the ANC’s armed wing) didn’t fire rockets into Johannesburg, the way Hamas fired its homemade Qassam rockets into Sderot or Tel Aviv. “Was Israel throwing roses at us last year?” he retorts, referring to Israel’s 51-day bombardment and invasion of the Gaza Strip – codenamed ‘Operation Protective Edge’ –  which killed over 2100 Palestinians.

Armed Struggle: A Response to Oppression

International law answers Hamdan’s questions emphatically. United Nations General Assembly resolutions, and the Fourth Geneva Convention and its subsequent protocols, protect the right of people to “fight against colonial domination and alien occupation” by all available means – including armed struggle.

I explain to Hamdan that his response is almost identical to a statement made by Nelson Mandela on the day he was released from prison in 1990. In response to a question about the need for armed struggle, Mandela said: “If we had peaceful channels of communication, we would never have thought of resorting to violence. If there was not the violence of Apartheid, there would never have been violence from our side.”

The Hamas Charter vs. The Freedom Charter

Hamdan explains that the Hamas Charter is hardly ever referred to, or quoted by Hamas leaders. “It should be viewed as a historical document. It is not a true expression of the movement’s overall vision,” explains Hamdan.  Simply put, the Hamas Charter has not kept up with the political evolution taking place within Hamas.

I suggest to Hamdan that judging Hamas by its founding Charter is like judging the ANC by its early African nationalist policies. Like the ANC, Hamas’s political vision has evolved, and it should no longer be stereotyped as a Jew-hating movement. Hamdan agrees. “We don’t have problems with Jews. To be anti-Semitic is to be anti-Hamas.”

So why is the Hamas Charter quoted by some Western governments and media, rather than more recent Hamas statements? Hamdan believes this is an attempt to malign and ignore Hamas in much the same way that the exiled ANC was ignored by the South African Apartheid government and mainstream media.

So, would Hamas consider dropping its armed struggle? “Armed resistance will end once Israel stops killing Palestinians,” explains Hamdan. “When they stop, we stop. When they meet our conditions, we will stop.” Mandela, too, expressed similar sentiments in 1990. “Until Apartheid has been dismantled, there is no reason why we should consider suspending, abandoning the armed struggle. The armed struggle will continue until the basic demands of the people are met.”

If that is what it will take for Hamas to drop the armed struggle, what will it take to get them to the negotiating table? “We want to negotiate peace,” says Hamdan, “but it is Israel that does not want us there.”  Hamdan explains that Israel responded to the formation of a national unity government between Hamas and Fatah in June last year by ending peace talks with the Fatah-led Palestinian Authority (PA), telling Fatah it had to “choose between peace with Israel and peace with Hamas”. Operation Protective Edge began a few weeks later.

According to Hamdan, Israel is not sincere about making peace. “You can’t even call this a peace process.” Hamdan contends that the occupation has actually become more entrenched during negotiations, and he makes a strong case.  Two decades of peace talks has produced three major Israeli wars against the Palestinians, that have killed at least 10 000 Palestinians. Israeli settlements in the occupied West Bank and East Jerusalem – illegal under international law – have tripled to almost 700 000. These settlements and their infrastructure have eaten into 40% of the West Bank, fragmenting it into 167 enclaves. The West Bank is segregated by a 442 km wall and freedom of movement is limited by 522 checkpoints.  Access to Muslim and Christian holy sites has been restricted.

In 2007, Israel then imposed a complete land, sea and air blockade of the Gaza Strip, isolating it from the world. “This is how Israel shows the world it is sincere about peace?” How do you preach peace to the world, but, at the same time, mow down people and steal land?”Hamdan asks.

I don’t have an answer to his caustic question, so I suggest to Hamdan that we visit the Apartheid Museum in Johannesburg later on in the day. Perhaps, we might find the answer there.

Suraya Dadoo is a researcher for Media Review Network, a Johannesburg-based advocacy group. She is also the co-author of Why Israel? The Anatomy of Zionist Apartheid: A South African Perspective (Porcupine Press, 2013). Find her on Twitter: @Suraya_Dadoo