‘Government is still happy to trade with Israel; we are guided by that’ 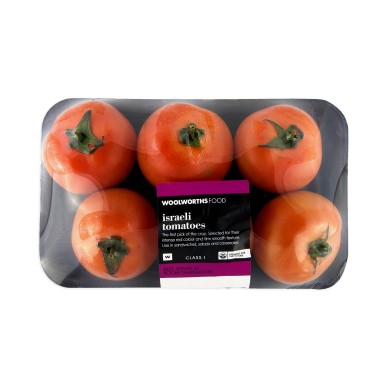 Woolworths has been accused of ignoring the Israeli government’s failure to comply with international law. Does the company still believe it is fair to trade with Israel, a year after the BDS campaign began?

CHOICE: Items from Israel are labelled and make up less than 0.1 percent of sales, says Woolworths, which claims BDS is using the #areyouwith us campaign for political purposes.

WW: The conflict in the region has had a profound effect on our communities and we support all efforts for a diplomatic solution. It was a year ago that the BDS approached us with its demand to cease sourcing products from Israel – a demand that we assessed thoroughly within the company in the context of government policy on the issue, our values, and our accountability to the broad range of stakeholders in our business.

The laws around product labelling in South Africa are very clear with regards to distinguishing between Israel and the Occupied Territories. Therefore, by correctly labelling our products in compliance with these laws, we allow our customers to make their own choices.

JS: The call on South African civil society to participate in non-violent campaigns against Israel until it complies with international law in respect of Palestinians has been met at the highest political levels. What kind of interactions has Woolworths had in this regard?

It is also worth noting the view of Mahmood Abbas, president of Palestine, who stated when he was here: “No, we do not support the boycott of Israel, but we ask everyone to boycott the products of the settlements because the settlements are in our territories. It is illegal. But we don’t ask anyone to boycott Israel itself.”

JS: What are the affected products in Woolworths’s stores?

WW: The products vary for seasonality reasons as explained below, and comprise less than 0.1 percent of our total sales. Currently, the products are matzos, pretzels, figs, lychees and cherries.

JS: Why doesn’t Woolworths source these locally? What is the reason for specifically trading throughIsrael? Are you in contravention of the goals of the National Development Plan (NDP)?

WW: The overwhelming majority of our products are sourced locally. In the case of food, 95 percent of our food products are sourced from South Africa. We only look overseas when, for seasonal reasons, we can’t get the quality of product here. This local sourcing is very much part of our support for the goals of the NDP which are embedded within our Good Business Journey.

As a snapshot, Woolworths directly employs nearly 26 000 people and even more through our supply chain. We support enterprise development with over 50 black-owned businesses in that supply chain. We invest in transformation and skills. Last year, we donated R28 million of surplus clothing to the Clothing Bank; and, with the support of our customers, contributed over R500m to schools, charities and environmental organisations through our initiatives.

JS: Does Woolworths source produce from Israeli companies that use the water infrastructure provided by its primary supplier, Mekorot? Woolworths has refused to answer this question in the past. What would have been the reason for that when it is known that Mekorot supplies to settlements?

WW: This issue was raised at our meeting with BDS in December. BDS undertook to provide reports regarding their concerns. However, no such reports have been received from BDS as yet.

JS: The #areyouwithus marketing campaign around Pharrell Williams has been spoofed in a BDS video, among other events. What is Woolworths’s response?

WW: We are getting a great response to the #areyouwithus campaign. It’s very clear that the vast majority of South Africans support its purpose as being to raise the profile of issues pertinent to South Africa, namely better education and creating a more environmentally aware next generation. Here’s a quick reminder of what we said at the launch: “Pharrell is a global icon for social cohesion, advancement through education and awareness – these same values lie at the heart of our business.”

JS: BDS may launch a campaign depicting human rights abuses against Palestinians when Williams arrives, unless there is an intervention around the trade with Israel. Is Woolworths concerned, or does it believe its customers are uninterested? Isn’t the #areyouwithus campaign also a political device?

WW: Our customers are certainly interested in such issues.

Their response to, and the support they provide in the work we do under the Good Business Journey is proof – as is their response to the #areyouwithuscampaign. The campaign was in the making long before BDS appeared on the scene and there is nothing political about it. We are naturally disappointed that BDS wishes to use it for their political agenda.

JS: Is Woolworths hoping BDS will simply go away?

WW: We have been transparent about our reasons for not acceding to BDS’s demand and we continue to review our position in light of government policy and the interests of our stakeholders.