What is the ANC’s position on Palestine 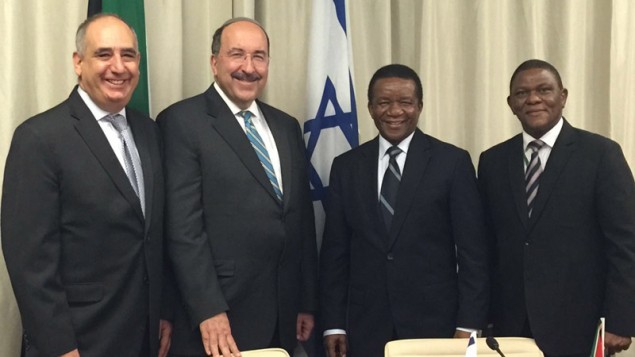 “The ANC is unequivocal in its support for the Palestinian people in their struggle for self-determination, and unapologetic in its view that the Palestinians are the victims and the oppressed in the conflict with Israel.”

This was a statement by Khusela Sangoni (national coordinator of ANC media relations) in an interview with The Daily Vox.

While this meeting is in direct contradiction with the ruling parties stance on the Palestinian crisis one cannot help but be astounded by the hypocrisy of the South African government. This ridiculous stance, where a government denounces an oppressor, then tries to befriend them for what they may offer, regardless of what knowledge of science and technology it might offer, is tantamount to hypocrisy and insult.

A joint statement announced, “The discussions were held in a positive atmosphere and a shared desire to deepen dialogue and friendly relations between South Africa and Israel”

For Palestinian activists, it previously made a lot of sense, who better than the ANC and South African government to lead a successful campaign against apartheid Israel.  While all that is apparent is their complacency and lack of substantial action against Israelis, any kind of “friendly” meetings held with a positive atmosphere comes as a nasty shock

As a South African I find this meeting humiliating. As a country, we have only recently managed to break free from the shackles of apartheid, our country should be at the forefront of struggle of the Palestinians for their self-determination.  Our experience with a racist entity only deepens the compassion of our people towards the Palestinian struggle. The countless apartheid analogies that have been drawn and the apparent gross injustice should be more than enough to not allow any kind of “friendly relations”.

Just last year Khaled Meshal ,head of Hamas, met with President Jacob Zuma, who signed a memorandum of understanding in support of the Palestinian cause .  Any “friendly” meetings with the occupier appears to contravene and insult that.

If these are not reasons enough as to why no follow up discussions should take place, South Africans need no reminding about Israels support for the apartheid government. Israel provided South Africa’s apartheid regime with assistance in developing nuclear weapons, in return for 600 tons of uranium. This is all while Palestinians stood in solidarity with South Africans struggles for democracy.

In short, this goes against the core values and meaning of what it means to be a true South African.

I am a born free, thanks to the struggle of my people before me. This legacy has been handed to me with great responsibility attached. I hope my government will help me fulfill this responsibility by helping to achieve the freedom of the Palestinian people and not insulting their struggle by tainting it with meetings with the occupier.

Ayesha is a medical student at a South African University. Her focus has been predominantly on Palestinian suffering induced by Israeli occupation, however her writing extends to many struggles for justice globally.