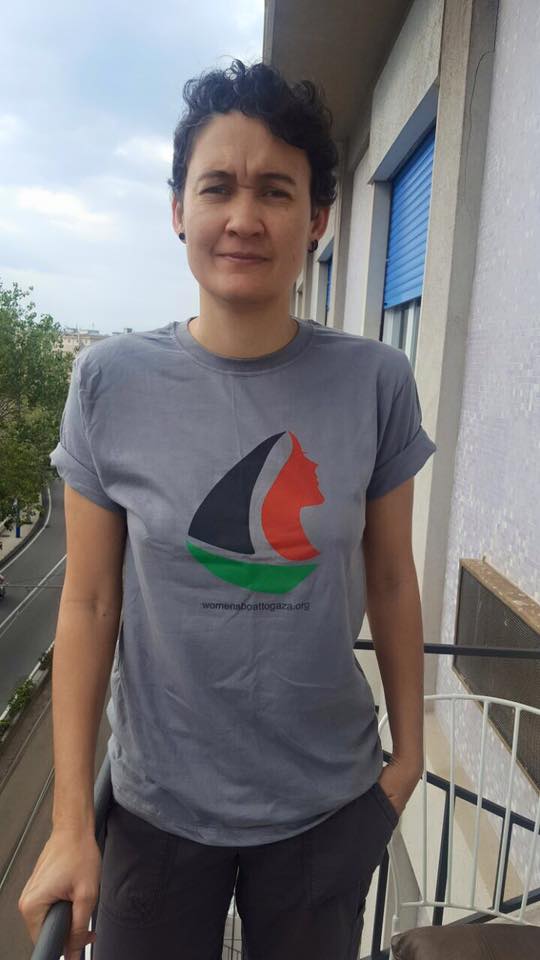 We are relieved to announce that Leigh Ann Naidoo, student, activist and former Olympian, will be on a flight travelling from Tel Aviv to Johannesburg tomorrow morning.

Leigh Ann, together with 12 other women, was part of an international delegation that sought to draw attention to the decade-long illegal blockade of the Gaza strip, and to convey a message of hope to those trapped within its confines.

Despite the women-only crew, each a highly respected citizen of her respective country, committed to non-violence, and armed with nothing but a message of hope, the Zaytouna-Oliva was forcibly intercepted by the Israeli navy on Wednesday the 5th of October 2016.

Though it was the interception, which occurred in international waters, that was illegal, the boat was redirected to the Israeli Port of Ashdod and it was the peaceful activists onboard who were illegally arrested and imprisoned in Givon, Ramleh.

At least 7 IDF members, both male and female, boarded the Zaytouna-Oliva and commandeered the sailboat. In the course of their capture, the women persisted in telling the IDF that Israel’s interception of their boat was illegal and that they were being taken against their will to Israel.

The Campaign also asserts that the term “peaceful” which has been used in some media to describe the capture is incorrect. Peace is more than merely the absence of physical violence. Oppression, occupation, denial of human rights and taking a boat filled with nonviolent women against their will are not peaceful activities.

Notwithstanding, the Freedom Flotilla, as in previous years has managed to deliver its message, even without physically docking in Gaza. Those blockaded there under inhumane conditions of siege, have been tracking its passage and are thus aware that the eyes of the international community are trained on their plight and that people, from around the world, are prepared to take substantial risks on their behalf.

Leigh Ann, who has been illegally kidnapped and detained since Thursday evening, is due to be deported tomorrow morning and to arrive at Oliver Tambo airport at around 14:00.

The details around the reasons for her unlawful arrest remains unclear and Dirco are called upon to demand answers from Israel as to why a prominent South African citizen captured illegally in international waters by the IDF was handled in this way in what played out like a pirate’s heist.

The Women’s Boat to Gaza invites all those who admire her steadfast courage, to come join us in welcoming her home.