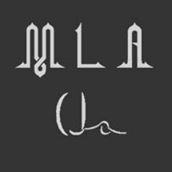 1.      We are mindful that your offices may be inundated with correspondence regarding the problem of the lack of access to tertiary education by large numbers of eligible matric graduates and the imperative to address the problem urgently and decisively.

2.      We are pleased that the State has adopted an inclusive approach to deal with the problem and in an effort to address the issue, has invited participation from all sectors of society.

3.      It is within the context of exchanging ideas and meaningful engagement that we address this letter to you.

4.       Whether  one subscribes to the view that tertiary education must be free for all , or free  only for the poor ,or that tertiary education must be subsidised or not subsidised, and if subsidised,  the nature and extent of the subsidisation, and whether or not one subscribes to the view  that the reform to the system must be immediate or phased in,  there  appears to be nationwide  consensus that the status quo  is fraught with difficulty and is in urgent need of revision.

5.      Problems of this magnitude do present significant opportunities though, not least  of which is  the opportunity to re-examine assumptions we make about finance, financial models and whether or not the financial models we adopt truly benefits society at large.

6.      We preface our proposal with a summary of the principles pertaining to interest in Islam.

The prohibition of Interest in Islam and the reasons

7.      In Islamic Law, money is no more than a medium of exchange. It is not a commodity to be traded for profit.

8.      The notion that a lender of money is entitled, by virtue of extending a loan, to some additional payment (interest) is eschewed.

9.      Islam, does not recognize loans as income-generating transactions. Loans are meant only for those lenders who do not intend to earn a monetary return for such loans.

10.  Loans are thus not to be used for purposes of earning a profit, whether small or large, and whether as a hedge against inflation (inflation in itself being largely driven by the intrinsic nature of an interest based money supply system) or outright premium.

11.  All of it is interest which is considered inherently evil.

12.  Massive and growing disparity in wealth the world over is due, in large measure to the system of interest, which results in a disproportionate burden being placed on the poor and the transfer of more wealth to the rich.

13.  The following verses of the Quran are indicative of the abhorrence with which interest is viewed.

“Those who devour interest do not rise except as rises one whom Satan has smitten with insanity. That is because they say: ‘Trade also is like interest;’ whereas Allah has made trade lawful and made interest unlawful. So he to whom an admonition comes from his Lord and he desists, then will that which he received in the past be his; and his affair is with Allah. And those who revert to it, they are the inmates of the Fire; therein shall they abide”. [2;276]

“Allah will abolish interest and will cause charity to increase”[ 2.277]

“O ye who believe! fear Allah and relinquish what remains of interest, if you are believers[2;278] And if ye do not, then be warned of war (against you) from Allah and His messenger. And if ye repent, then ye have your principal (without interest). Wrong not, and ye shall not be wronged”.[2:279]

“O ye who believe! devour not interest involving diverse additions; and fear Allah that you may prosper “[3:131]

“Whatever you pay as interest that it may increase the wealth of the people, it does not increase in the sight of Allah; but whatever you give in Zakat seeking the favour of Allah — it is these who will increase their wealth manifold.”[30:4]”

14.  There has been much debate about the National Student Financial Aid Scheme (NSFAS) and whether or not the current loan financing model is an appropriate or an effective model to alleviate, at least partially, the funding crisis at tertiary institutions.

15.  The State has increased its allocation to NSFAS by a further R3 billion per annum for 3 years.

16.  To the extent therefore, that the State has committed itself to providing access to tertiary education through the medium of loans, we set out below our submissions on loan finance through NSFAS.

17.  Central to NSFAS loan funding is the levying of interest.

18.  Interest is charged at 80% of the repo rate. NSFAS charges interest on all outstanding balances. The interest rate is set on 1 April every year for the full year and does not change over the next 12 months.[1]

19.  NSFAS requires repayments to commence in the year in which the student earns R30 000.00 or more .The repayment amount is furthermore based on a percentage of annual income, ranging between 3% and 8 % thereof.

20.  Given that NSFAS is earmarked to assist the poor, interest based loan funding by NSFAS ironically, but significantly, contributes to increasing the debt burden of poor families.  In other words, the proverbial can is simply kicked down the road.

21.  In addition to the financial burden, the emotional burden of a seemingly lifelong cycle of debt repayment (caused by the levying of interest), although difficult to quantify, must be accepted to be immense.

22.  A State that is committed to alleviating the hardships suffered by the poor simply cannot afford to add to those burdens by levying interest on student loans to the poor.

23.  The present reach of NSFAS is close to 500 000 loans per year. The increased funding allocation to NSFAS will increase the number of loan recipients. The interest  burden of an already overburdened poor community will simply increase.

24.  The proposal we make is informed by our Muslim belief and our genuine desire to abolish economic models that perpetuate injustice and exacerbate inequality.

25.  The MLA proposes that all interest on NSFAS generated loans be written off and that all future funding through NSFAS be interest free.

26.  Whilst we accept that the abolishment of interest in the NSFAS funding model addresses only part of the problem, it is a necessary step to take if any meaningful progress is to be made in resolving the crisis. This is because the retention of interest in any contemplated solution will aggravate, and not alleviate the problem.

27.  The relief to the poor were the interest burden to be lifted will be immediate and lasting.  It may well pave the way for the forging of unity at a time when it is much needed.

Request for an audience

28.  The MLA requests an audience with representatives of the relevant State departments or State agencies to discuss what avenues are or may become available to enable the Muslim community to contribute to a State administered funding program that is not interest based.

29.  We inform you that the MLA intends publishing the facts of and the content of this letter.

30.  We do so to encourage our constituency to become engaged in finding solutions to the problem and to highlight the need for charity, compassion and altruism in extremely trying times.

31.  We would be grateful if you would consider the contents of this letter and revert to us as soon as circumstances permit.