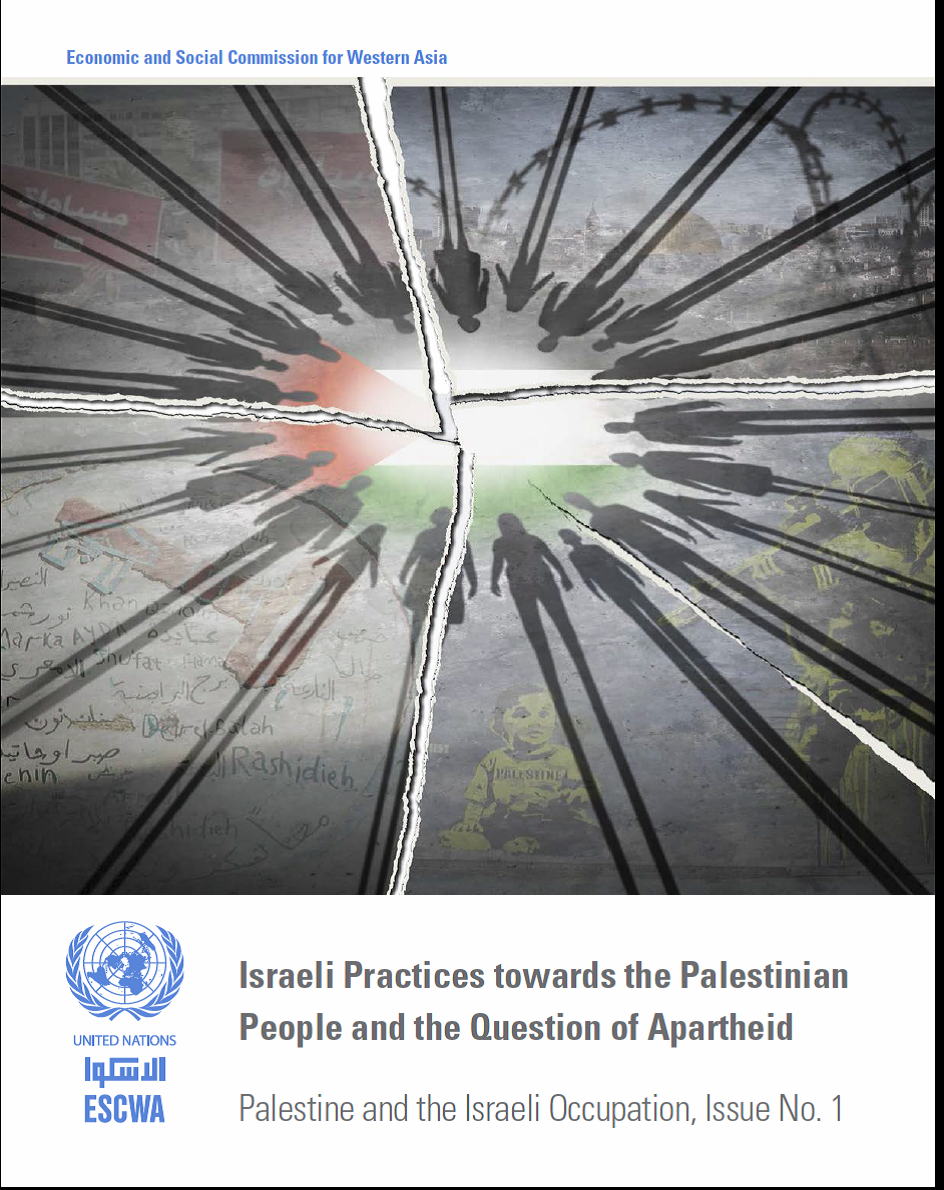 When the Special Committee against Apartheid was established by the United Nations General Assembly (UNGA) in 1962, Western powers initially declined to join it or support its work. These powerful nations, mostly made up of former colonisers and their allies, argued that a boycott of the Apartheid regime was not necessary.

Last Wednesday, a report published by the UN’s Economic and Social Commission for Western Asia (ESCWA), found that “Israel has established an Apartheid regime that dominates the Palestinian people as a whole.” For the first time, a UN agency found Israel guilty of practicing Apartheid – as defined in the UN Apartheid Convention of 1973 – against the Palestinian people.

Defence of the Israeli Apartheid regime was swift and forceful. Israel’s UN envoy Danny Danon, called the report an “attempt to smear ” Israel. Nikki Haley, the US ambassador to the UN demanded that the report be withdrawn. That demand came just as the Trump administration announced sweeping cuts in US contributions to the UN.

UN Secretary-General, António Guterres, had the report removed from the ESCWA website, and ordered ESCWA head, Rima Khalaf, to withdraw the report entirely. Khalaf stood by the report, and resigned.

In her resignation letter, Khalaf noted that Gutteres had instructed her to withdraw the report – not because of its content – but due to political pressure exerted on him by member states.

Israel’s defenders frequently claim that the UN ignores other human rights violators, while condemning Israel’s treatment of the Palestinians. This was also the lament of Apartheid South Africa’s propagandists, most notably the Club of Ten group. The secret group took out full-page adverts in British and American newspapers in the 1970’s decrying the UN’s “singling out” of Apartheid South Africa.

The truth is that Israel is singled out – not in terms of unfair criticism – but for unprecedented financial and diplomatic support, particularly from Western nations.

There are many countries around the world that face retribution by the international community for breaching international norms – but Israel is not one of them.

Syria has had its foreign assets frozen, Zimbabwe faces embargoes on international loans and arms imports, and the US and EU have imposed an array of sanctions on Russian individuals and businesses.

But Israel experiences the opposite. It commits war crimes and offends every principle of human rights – and in return is rewarded with diplomatic immunity at the UN.

The ESCWA report comes at a time when Israel finds itself in a state of emergency reminiscent of South Africa in the 1980’s.  On March 6, Israel’s right-wing government passed a law barring the entry of foreigners who support the Boycott, Divestment and Sanctions Movement (BDS) against Israel and its illegal settlements in the West Bank.

South Africa’s history has taught us that these measures merely delayed the complete isolation of a pariah nation. And Israel’s “South Africa moment” is fast approaching.

Last year, the Israeli Tourism Ministry gave 26 Oscar nominees a free luxury trip to Israel. Not a single star took up the offer.  In February, eight of a 13-member delegation of American NFL players cancelled their free trips to Israel, after realising that they were being used to improve the country’s image abroad.

As the siege on Gaza tightens, settlement construction in the West Bank continues and Israel extends its occupation, Barack Obama – one of Israel’s most ardent defenders at the UN – described the result as “one state in which millions of people are disenfranchised and operate as second-class residents. You can’t even call them citizens.”

Israel’s defenders are outraged when the term ‘Apartheid’ is used to describe the Israeli government’s policies against the Palestinian people. But is there any other word to describe the situation that Obama depicted?

Israel, and its defenders, can no longer look away from the mirror that the world is pushing into its face. The Israel lobby and its powerful allies at the UN might have succeeded in getting the ESCWA report scrapped. But burying the report will not bury the reality that it describes.