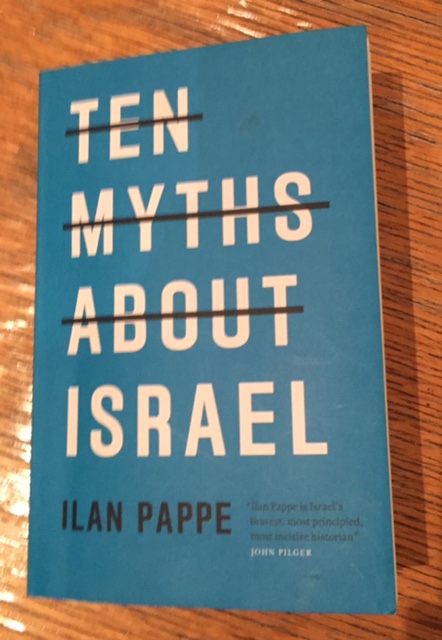 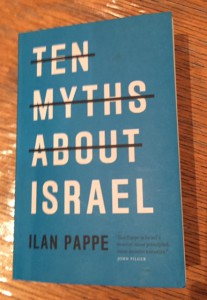 Myths created by Israel are an invention to confuse and deflect attention from the reality of policies designed to suffocate and extinguish all forms of Palestinian life.

This in a nutshell is the message conveyed by Ilan Pappe in his latest power-packed book “Ten Myths About Israel”. Published by Verso Books, it comprehensively and convincingly demolishes Israel’s carefully crafted propaganda campaign.

The campaign, more appropriately termed “Hasbara”, is reported to have billions of dollars at its disposal to ensure that Israel’s fabricated narrative is neither challenged nor corrected. Unlimited funding of Hasbara campaigns have allowed Israel to hoodwink people, governments and media. Promoting a false political narrative, in spite of the lies which characterize Hasbara, remains a pivotal pillar of Israel’s defense and security strategy.

It is in this context that Pappe’s book makes a welcome addition to the body of knowledge which exists to refute and dismiss Israel’s myths. Being no stranger to controversy and the subject of vile slanderous attacks, Pappe can expect more of the same and worse.

But being the man described by John Pilger as Israel’s bravest, most principled, most incisive historian, Pappe is committed to confronting what he describes as “constructed fallacies”. He recognizes that allowing Zionism’s historical account of how the land of Palestine became the state of Israel without challenging its cluster of myths will cast doubt on the Palestinians’ moral right to the land.

Referred to as “ten foundational myths”, Pappe deals extensively with them by subjecting each one to a close examination of historical evidence. And importantly each myth is placed side by side with the truth as chapter by chapter exposes weaknesses of Israel’s distortions.

For instance, the first two chapters refute the famous myth of land without people for people without land. A lie deliberately constructed to feed a narrative which depicts Palestine as an empty, arid land that was cultivated by arriving Zionists.

The next chapter unpacks the myth that Zionism equates to Judaism. Chapter four deals with the conundrum of colonialism whereby the myth created to distance Zionism from its settler colonial roots is soundly trounced.

Perhaps at the heart of Pappe’s book is chapter five which engages with the myth that Palestinians left their homeland voluntarily in 1948. Though professional historiography has effectively debunked the myth of “voluntary Palestinian flight”, the author in addition claims that it is not the only false assumption associated with the 1948 war.

Leading up to the 1967 war, chapter six dismisses the myth that the war was forced on Israel. Pappe provides incontrovertible proof that the “no-choice war” was in fact part of Israel’s objective to complete the takeover of Palestine.

Chapters seven and eight deals with contemporary mythology regarding Israel’s claim to be a democracy and the fallacies connected to the Oslo process.

Gaza features in the ninth chapter. Here Pappe decisively explodes the myth that the misery of its Occupied population is due to Hamas. Given the number of mythologies associated with the Strip, and that public opinion is shaped by these fabrications, the author’s extensive rebuttal gives one an excellent source of reference.

The final chapter is crucial too, for it challenges the myth that the two-state solution is the only way forward. Pappe’s critique of it and the rationale he provides is not only useful to debunk Israel’s “bantustan” option; it is extremely important for students of international relations to study and analyze.

Indeed the book as a whole is a useful tool for both newcomers to the field as well as veteran students of it, as hoped for by the author.

In his conclusion, Pappe examines the need to apply the term “settler colonialism”. He argues that from a settler colonial perspective it makes more sense to view the occupation of the West Bank and the Gaza Strip, the Oslo Process and the 2005 disengagement from Gaza as part of the same Israeli strategy of “taking as much of Palestine as possible with as few Palestinians in it as possible”.

The book is an important contribution to unburden Western mainstream media from its irrational fear of being demonized as antisemitic for contesting Israel’s justification of its oppressive colonial conduct. Equally, it is a significant resource for activists, scholars and analysts to ensure that unless false narratives are confronted and overturned, Israel’s myth-making will continue to extract a huge toll on Palestine.