A Giant Tree Has Fallen 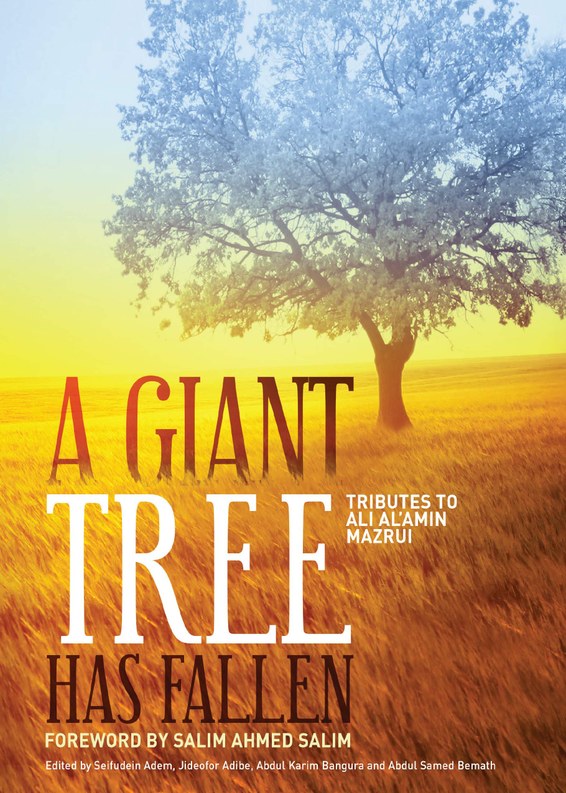 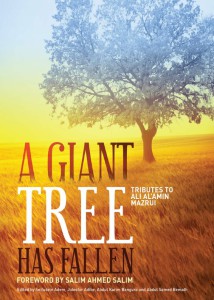 Book review: Tribute to a giant.

A Giant Tree Has Fallen

There could not have been a more fitting tribute to the late Professor Ali Mazrui than A Giant Tree Has Fallen, with a tree being the appropriate symbol for a man born and bred in Africa: resilient, proud, gifted and of formidable intellect.

Here friends and family, academics and politicians offer a glimpse into the life of a man committed to making the world a better place.

The early forces that shaped Mazrui’s thinking are fascinating.

He was the son of a Khadi, a religious leader, given to strict practices that would today be easily regarded as fundamentalist.

Artistic reproductions of any living form were forbidden.

The physical sciences especially were frowned upon since they produced destructive weaponry.

The alternative for Mazrui was a life in the social and political sciences, a decision that eventually enriched these fields with his prolific contributions that turned the attention of the world to Africa, especially in postcolonial times.

Mazrui did not excel at school and was forced into a job at a UK-owned company in Kenya.

The races could not mix socially, but interaction in the work and educational environments were common.

Even more interesting was what Mazrui described as an “integral cleavage” found within black societies, in this case in Zanzibar, between the Arab population and the Africans of Zanzibar, both speaking Ki-Swahili, intermarrying and sharing a culture, and yet there being an underlying tension between them because of the historical fact of the Arab slave system, a source of bitterness and humiliation for the Africans.

Mazrui’s heritage, brought to the fore in his BBC TV programme The Africans: A Triple Heritage, was rooted in the indigenous, Islamic and Western legacies of his early life in Mombasa.

But he was catapulted into the colonialist (“liberal”) world with a scholarship to England.

His tertiary education in the political sciences was completed at the universities of Manchester, Columbia and Oxford. He held university chairs in the US.

So, Mazrui had an adequate taste of the Western world, arguably developing an international outlook.

Initially, he wondered whether he had turned his back on his African and Islamic legacies. Was this a sign of an internal “cleavage” in the mind of this intellectual giant?

He writes of himself being “nurtured” in the shadow of the Cuban crisis in 1962, while battling his inner confusion about his love for his white English wife of the Christian faith.

These were the forces that shaped this great individual’s life in an ever-shrinking global village.

He would take centre stage as a cross-cultural and international observer and commentator in world affairs, with a special focus on the African condition.

But his 10-year stint as head of political science at Makerere University in Uganda ended under the repressive regime of Idi Amin, whom Mazrui criticised.

He had to gracefully accept the secular humanism (read atheism) of one of his children.

He was accused of anti-Semitism when he criticised Israel’s policies against Palestinians and of displaying an anti-Western tone in his TV programme.

His fight against “the other face of the Empire”, racism, and his fear of African nationalism won him opposition from some quarters.

In 1963, Mazrui coined the concept, “We are all Africans” – and how true this was as shown by physical anthropology, palaeontology and genetic studies.

His dream was of an African-Arab unity (Afrabia) and, while an admirer of some African leaders such as Julius Nyere, he was honest in his criticisms of them.

He angered academic and activist Archie Mafeje when he unwittingly called for a “recolonialisation” of Africa, whereby he meant to find a solution to a failed Africa rather than going back in history.

Mahmood Mamdani, the historian, admired Mazrui for his free speech and critical enquiry.

Mazrui’s humanism accommodated the ideas of Amina Wadud, who demanded equality for women in mosques, an idea challenged by the Muslim establishment.

Despite his liberal stance and openness to uncensored thought, one wonders at some of the contradictions in his positions.

For example, his feelings on the one hand about Salman Rushdie’s Satanic Verses, which he considered insensitive, and on the other hand his cooperation with the academic activities of Reverend Moon’s Unification Church.

He unpopularly called for the proliferation of arms to prevent some countries being vulnerable to attack by larger powers.

Mazrui called for debate through his controversial statements that went against mainstream thinking.

He continually demanded a fresh look at issues.

There is no denying that this proud African left a mark and brought to the minds of many all over the world the injustice done to vulnerable peoples, especially Africans, by the colonial powers.

This compilation is a must-read, especially in these times of debate and discussion on decolonisation and transformation.