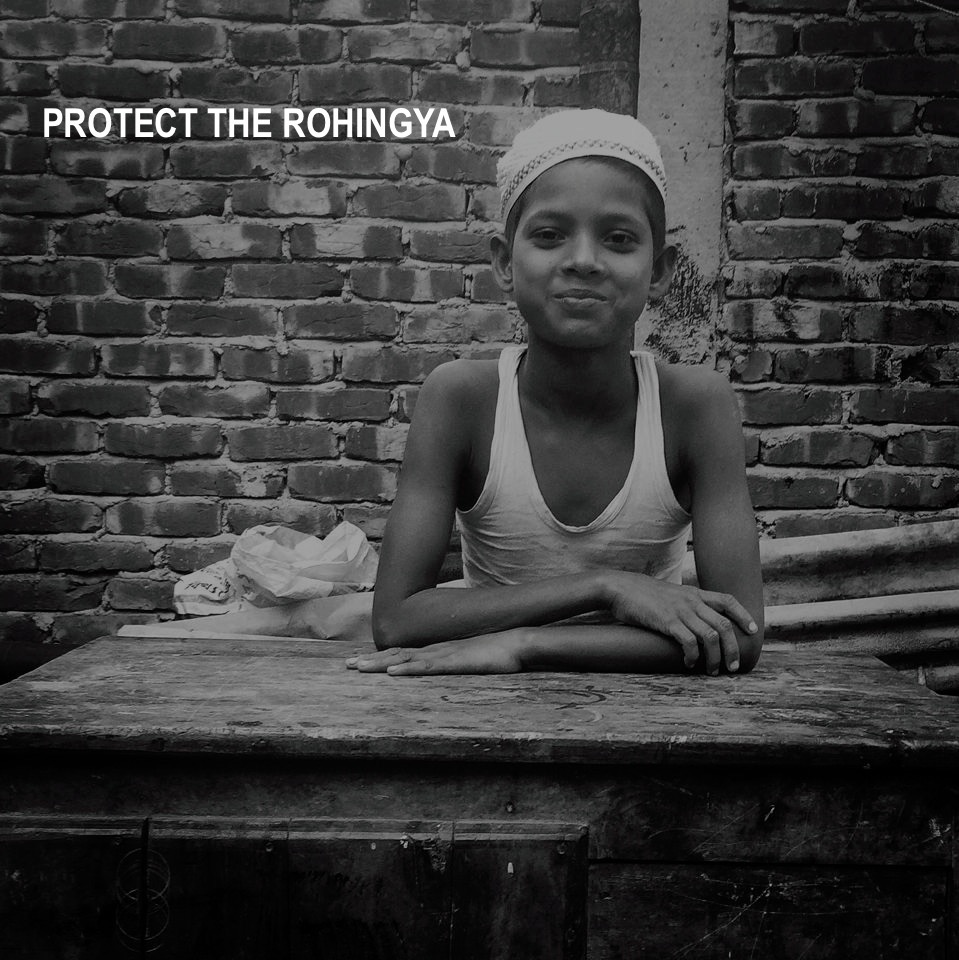 The United Nations have called the Rohingya of Myanmar one of the world’s most persecuted ethnic minorities. Gross Human rights violations of the Rohingya have been recorded since 1978.

The state sanctioned violence against them is symptomatic of a long and oppressive history of discrimination by the Myanmar government. Myanmar has labelled the Rohingya illegal immigrants from Bangladesh rendering them stateless however the Rohingya presence in Myanmar goes back many generations.

The Rohingya are denied their rights to education, land, freedom of movement, employment and to marry without state permission. They are also subjected to both forced labour and forced sterilisation.

Since the latest egregious operations on 25 August 2017, it is reported that the brutality of the systematic military clearance has caused 90 000 Rohingya Muslims to have fled to neighbouring Bangladesh, while more than a 100 000 remain internally displaced. More than 40 villages have been burnt to the ground and more than 400 000 Rohingya are in need of urgent humanitarian aid. Already more than 2 000 people have been killed in the recent attacks.

The continuing genocide of the Rohingya must cease immediately and the leadership of the Myanmar Government led ironically by Nobel laureate Aung San Suu Kyi must be called to account for the actions of the lawless Myanmar military junta and all those who support such unconscionable deeds.

The respect for international law and international humanitarian law must prevail under all circumstances where dignity, preservation of human life and human rights are paramount.

We also state with utmost contempt that apartheid Israel is criminally responsible for the supply of military arms to the Mynamar junta that is unleashed on an innocent and defenceless civilian population.

Ofer Neiman, an Israeli human rights activist, confirms Israel’s relationship with Myanmar is linked to its ongoing occupation of Palestinian territory in the West Bank. “Successive Israeli governments have been selling arms to the military dictatorship in Burma for years”.

“This policy is strongly related to Israel’s oppression and dispossession of the Palestinian people. Weapons used against the Palestinians are being sold as ‘field-tested’ to some of the worst regimes on the planet.”

Protect the Rohingya along with the Palestine Solidarity Alliance, Media Review Network are appealing to all South Africans to open their hearts and to contribute towards this HUMANITARIAN AID RELIEF CAMPAIGN in solidarity with the Rohingya people.

All contributions and donations are welcome and can be made into the following account.