Somalia steadily Arising from its Ashes 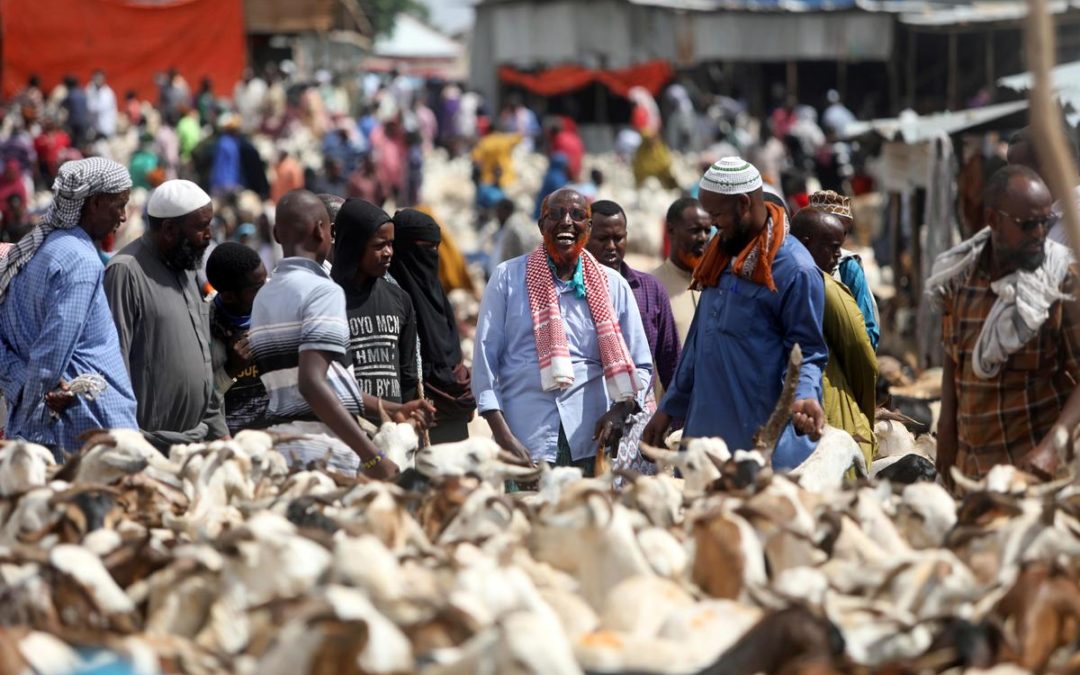 Somalia conducted parliamentary elections in December 2016, which in turn elected on February 8, 2017, Mohamed Abdullahi Mohamed Farmajo as the new President of the Federal Republic of Somalia. The record of the previous government under President Hassan Sheikh Mohamud, which ruled from 2012 till 2016, was rather disappointing. I was recently invited by the Somali National University (SNU) the newly revived and only state University in Somalia, to attend the 3rd Annual Conference on Higher Education in Post-Conflict Societies with a very relevant theme: “Somalia’s pathway to sustainable development goals: Education, Health and Poverty Reduction by 2030”. The conference was held at the upmarket Jazeera Palace Hotel, Mogadishu.

When one prepares to journey to Somalia, the image that often comes to mind, is that of a war zone, devoid of any semblance of civility and where you expect to see dead bodies scattered all over. To my surprise when I landed, I was shocked to see a very modern airport that Somalia is building (Aden Abdulle) which compares well with any airport elsewhere in Africa or even much better. The new Somali government is investing heavily in infrastructural development which was destroyed during the civil war of the 90s.

A stroll in the city, provides the visitor with a chance to see an emerging, bustling city, full of life. Business is booming in Mogadishu and the country’s economy is indeed on the mend. Thanks to the defeat of Harakat al-Shabaab al-Mujahideen by a joint force of AU troops and the Somali National Army (SNA). The Somali National Army’s on-going training and reintegration seems to be strengthening it. Thanks to President Mohamed Abdullahi Farmajo, who recently appointed youthful General Odowa Yusuf Rage as overall commander of the Army. He is perhaps the youngest Army commander on the African continent. Al-Shabaab is facing its imminent total defeat.

The current government appointed by President Farmajo, is a government of technocrats, keen on delivering unity, peace, and economic prosperity for all Somalis. They have declared zero tolerance on corruption which had plagued the previous administrations. I saw a youthful western educated team who are keen on delivering a good life for all. And not only that, this team is devoid of clan politics which led to the collapse of the state and subsequently descended into a failed state that Somalia was prior to the formation of the Federal Government of Somalia (FGS).

There is now a fully-fledged state in Somalia which is collecting revenue and asserting its control across all its territory. As al-Shabaab loses ground across the country, the government, with its triumphant and gallant Somali National Army, moves in and establishes itself for the purposes of delivering the much-needed services to its people. The good news is that, the people of Somalia are very happy with their leader. President Farmajo remains a very popular leader.

This governments commitment to reviving Somalia’s higher education, is testimony to the fact that it is committed to national development both in the long and short terms and is highly commended. The reopening of the Jaamacadda Ummadda Soomaaliyeed (Somali National University) further testifies in practical terms, that the government of President Farmajo is single-mindedly determined to improving the lives of Somalians. The Somali National University used to be the pride of the entire Horn of Africa region in years gone by. It boasts among its ulumni people like, the late former President Meles Zenawi of Ethiopia and President Isaias Afwerki of Eritrea. The new Federal government has increased its funding to education. After state security, education receives the second highest budget followed by health in that order. This is indeed a sign of a nation that is on a trajectory to success and development.

The independence of the judiciary is continuously challenged. During the writing of this article, conflicts between the Ministry of Justice and the Supreme Court on the appointment of judges hampered the establishment of a coherent legal system. It highlighted the clan-based and economic interests that are deeply interwoven into the judicial system and influence the daily performance of the courts. Judges regularly seem to base their decisions on clan or political considerations and are regularly accused of corruption and misconduct. No proper oversight mechanisms exist. However, this government seems to be on its way in trying to resolve this matter which is a foundation stone in a democracy.

International trade is the backbone of the Somali economy. The country is largely dependent on imports of basic food items (rice, pasta, sugar, flour, cooking oil), building materials, fuel and electronics. Sugar is the main import product followed by Khat, which is a mild stimulant mainly imported from Kenya and Ethiopia. With respect to export, the Somali economy relies on a few products, including livestock, charcoal, hides and skins. Livestock exports to Saudi Arabia, the United Arab Emirates, Yemen and Oman account for approximately 80% of export earnings. Although exports increased over the last decade, the country still faces a large trade deficit, which is compensated for by diaspora remittances and, albeit to a much smaller part, by donor support.

To our South African business people, the time to go into Somalia is now. The current government has declared Somalia open to investment and that they will protect your investment in accordance with international law. I also make a clarion call to the Somali diaspora that Somalia needs you, please take your investments back home and share your experiences. Even though al-Shabaab still stages sporadic suicide bombings in Mogadishu, it has largely been defeated and continues to lose ground across the country.