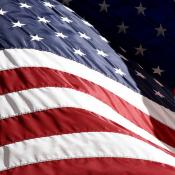 Widely reported in the media was the attack occurred in Iraq’s capital Baghdad while Soleimani’s convoy was heading to the airport. The question on the lawfulness of the fatal attack by the US pentagon in the sovereign territory of Iraq must speak volumes.

US foreign policy once again comes under scrutiny, where successive US regimes have always acted in protecting US regional interests in the Middle East (ME) at the prodigious cost of transgressing international law.

Reported on NBC News Brian Hook, US State Department special representative on Iran, told Al Arabiya that Soleimani was planning an attack on US facilities and workers in Iraq, Lebanon, and Syria that would have killed hundreds of Americans. However, Mary Ellen O’Connell, law professor and an expert on international disputes at the University of Notre Dame, correctly rebuts, “We have carried out the attack on the territory of a state that plainly did not give us permission. The attack was unlawful; the assassination was not justifiable.”

Delving into the past US military invasions of Iraq and Afghanistan: Were weapons of mass destruction or counter terrorism ever the real influencers? Or, was there another underlying prevailing factor of protecting US interest in ME resources?

The military invasions by the US, British and NATO forces in these territories have borne enormous financial costs in the destruction of infrastructure, waterworks, schools, hospitals and the environment affecting also the overall health and emotional wellbeing of millions of innocent civilians, women and children.

Subjecting civilians to unjustified war trauma and belligerent military occupation constitutes gross violations of their human rights and the sanctity of human life. 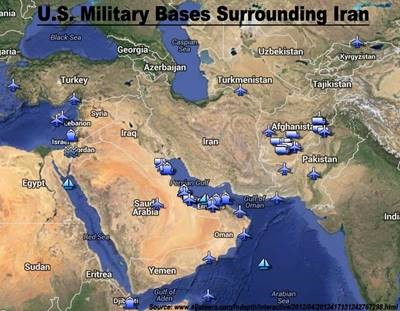 Courtesy of the American Herald Tribune

Robert Fantina, correctly asserts in the American Herald Tribune, 45 US military bases threaten Iran, while the Islamic Republic threatens no one, but does maintain its international commitments, including assisting its ally, Syria, in defeating foreign terrorists slaughtering innocent people on Syrian soil. Another example of keeping its commitments is its adherence to the Joint Comprehensive Plan of Action (JCPOA) that the U.S. continually threatens to violate.

With Iran’s notable co-operation to the JCPOA, are US imposed economic sanctions really justified? The US is a habitual recalcitrant of international treaties and conventions with a reported 1 000 military bases worldwide.

The holy city of Jerusalem is another example when the Trump regime arbitrarily and unlawfully gifts apartheid Israel Jerusalem in attempts of altering Jerusalem’s legal status in contravention of UN resolutions.

The maligned reconfiguration and “deal of the century” is underscored by a nefarious agenda towards protection of resources, effectively divesting oppressed Palestinians and the innocent of both their lands and their civil / political rights in regions of conflict.

US foreign policy gives impetus to such pariah conduct which raises the question whether the US is still a fit and proper state to hold a permanent seat at the UN Security Council, which arguably is the highest decision – making body affecting global affairs.

I say this because Washington led by successive US administrations, backed by politicians influenced by an ever-robust pro – Israeli / Zionist lobby indeed hegemonize the purse strings of power on issues affecting the ME. The international community lies at ransom to this ghastly beast which perpetrates violence with impunity flagrantly violating sacrosanct prescripts of international law.

It must be said, US foreign policy on regime change by military invasion without just cause and sanction by the international community, constitutes aggressive and archaic practices inconsistent with the spirit and purport of the establishment of the United Nations – post world war 2.

The criminal confession by a pretentious Trump under the façade of protecting American lives, belies an oppressive and inhumane attack on the Iranian people.

This attack on Soleimani must strike down any credibility left of the US being any semblance of a moral regional broker or model global citizen state, but rather an increasingly rogue imperial regime unleashing state terror on a mass scale, which history will record to have despicably failed the American people.

Were the allegations against Soleimani ever tested in a court of law at the ICC or at any other properly constituted war tribunal? Before been targeted, why was Soleimani not afforded an opportunity to rebut these allegations?  Surely, Trump ought to be informed of the international legal framework where state grievances and threats can be peacefully resolved without violence. Have Trumps aides advised him of this important injunction and of its implementation thereof?

The actions of the US set a dangerous precedent whereby states like the US and Israel encroach relentlessly international law with impunity. This criminal conduct eventually is substituted with unaccountable state vigilantism. The culture of impunity eventually erodes the very foundational substratum of international law and humanitarian law, which places the safety of our entire world at risk.

Due and proper process would indeed have determined the guilt or innocence of the allegations levelled against Soleimani. International law provides the legal mechanism with the co-operation of the UN and Iran. Indeed, if Soleimani’s previous conduct entailed war crimes such referral by the US could have been made via the UN Security Council to the ICC.

Likewise, the US ought to submit to the jurisdiction of the ICC for its own perpetration of past and present war crimes, crimes against humanity and misdemeanours in support of despotic regimes including its own state leaders and military commanders implicated in state terror unleashed in Iraq, Afghanistan, Syria and Yemen  over the last 20 years. Added to this list, should be investigations into uncovering the enormous web of bankers, financiers, politicians, lobbyists and arms manufacturers who thrive on war mongering and become unjustifiably enriched by arms sales where such deadly munitions and  weapons of war are unleashed on civilian populations.

The creation of a fair and just world necessitates stringent adherence to the fundamental principle in law, “audi alteram partem”. Was Soleimani afforded an opportunity to defend himself against Trumps allegations: General Qasem Soleimani has killed or badly wounded thousands of Americans over an extended period of time and was plotting to kill many more…but got caught!” Trump tweeted. He added “…He should have been taken out many years ago!”

The ratio behind this pre-emptive authorized military strike without proof or any adduced evidence whatsoever to Iran and the international community of such crimes perpetrated   against US citizens, must indeed lack all credibility under international law and under any criminally justiciable system. The right to self – defence must be accompanied by a proportionate force to repel such attack. What evidentiary proof does Trump adduce in law that Soleimani posed such threat?  Rather, the act of transgression by the US on the sovereign territory of Iraq should come under scrutiny. The US justification of the attack is defenceless, and this unwarranted criminal act should be deserving of rebuke by the international community in the protection and upholding of international law.

The unlawful extrajudicial killing of a military general when two states are not at war or even direct armed conflict is clearly indicative of Trumps brazen irresponsibility and grossly reckless and negligent conduct causing a severe threat to world peace.

It must be said this appalling act by the US constitutes an act of war against the Islamic Republic of Iran and I dare suggest provides sufficient legitimate grounds for proportional retaliation.

Trumps erratic and unlawful conduct must demand the urgent attention of the international community as the erosion of prescripts of international law will have dire consequences.

This is not the first time and will certainly not be the last where the US invokes the ire of jurists and defenders of human rights and world peace across the globe.