Is ISIS already in Town? 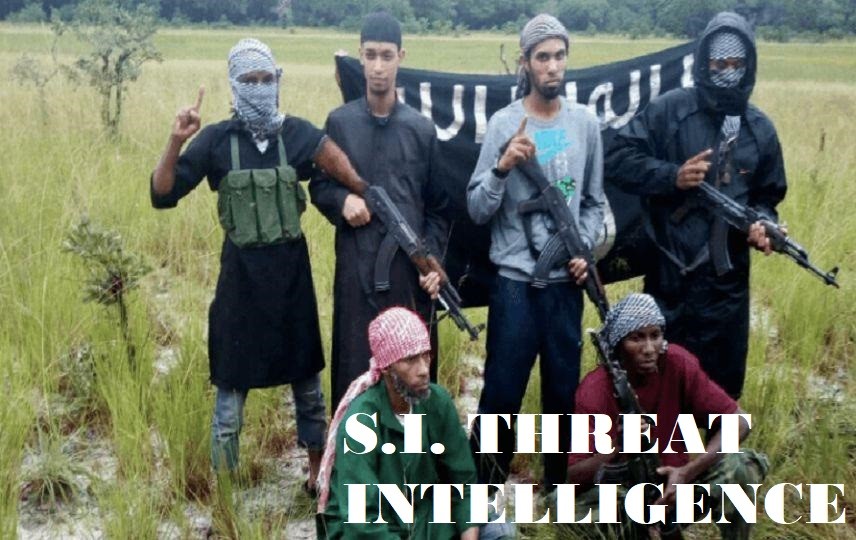 SADC states have been urged to support Mozambique’s fight against terrorists and armed groups attacking civilians and infrastructure in Cabo Delgado Province in the north-east of the country. In a communiqué after an Extra-Ordinary Summit of the Troika on SADC Organ on Politics, Defence and Security Cooperation held at State House in Harare, Zimbabwe yesterday (2020/05/19), which was also attended by Mozambique, the leaders said SADC condemned the armed terrorist attacks and acts of sabotage carried out in Cabo Delgado Province as contained in the SADC Declaration on Terrorism and the AU Convention on the Prevention and Combating Terrorism.

“The Extraordinary Organ Troika Summit plus Mozambique urged SADC member states to support the Government of Mozambique in fighting the terrorists and armed groups in some districts of Cabo Delgado,” reads part of the communiqué.

The meeting was convened by President Mnangagwa in his capacity as the chairperson of the SADC Troika to discuss the security situation in Mozambique following its request for the regional body’s intervention. This comes high on the heels of reports of massacres being committed by these terrorists and the failure by the Mozambican Defence Forces failures to defend the people.

The Summit was attended by Zambia’s President Edgar Lungu, Botswana’s leader Mokgweetsi Masisi, who are both members of the Troika, and their Mozambican counterpart, Filipe Nyusi, who briefed the meeting of the situation in his country.

A fortnight ago, President Emmerson Mnangagwa and his Mozambican counterpart President Filipe Nyusi held a similar one-day summit in Chimoio, Mozambique to discuss the same situation. There were a lot of speculations and rumours then that the Zimbabwe Defence Forces (ZDF) and the Angolan Army had deployed their forces to help the Mozambican Army in their fight against the terrorist. Both countries denied these rumours. However, some independent observers on the ground in Cabo Delgado confirmed seeing Zimbabwean and Angolan jets bombing targets and ground forces patrolling villages there. Recently, there are reports that about 50 terrorists were recently killed in Cabo Delgado by the Mozambican Defence Forces. The Mozambican Interior Minister Amad Miquidade, this week reported about 20 attacks on 11 Cabo Delgado villages from May 3-12. He said the militants had abducted citizens and destroyed a newly built hospital. “In the same period, our defence and security forces carried out various offensive and defensive actions,” Miquidade said in the Capital Maputo. “Soldiers intercepted a convoy of insurgents on Wednesday, destroying their vehicles and killing 42 in the process. Another eight were killed after the military quashed an attempted assault in Quissanga district on Thursday, he said.

The threat of terrorism in the past decade has assumed greater proportions. Regions that previously did not perceive seriousness of the threat, or seemed immune to terrorism, are being targeted by terrorists. The threat is now becoming increasingly complex, blurring boundaries between political religious and ideological extremism and crime. In addition, the modus operandi of the terrorist groups and their networks have become intricate and elaborate. It seems like the war is escalating by the day if you see our leaders calling for a summit in the midst of Covid-19.

Since 9/11 and hardly had the dust settled around the Twin Towers, the foreign policies of western powers and empire builders, were designed around “terrorism, especially Islamic terrorism”.  The “evil religion” of Islam became the existential threat and is being used to this day. No evidence has yet been provided that would stand deep scrutiny in a fair, independent and a competent judiciary.

The key question then is what lies behind this Islamophobic rhetoric?  The foreign policy establishment of the western countries basically, have two factions: The Neo-Conservatives and the Neo-Liberalists. Though they may debate and strategize differently, they remain united in their commitment to the project of US Imperialism. The threat of “Islamic Terrorism” provides a useful smokescreen for their grand aims and goals.

Other questions may also be raised. Who funds these terrorists? Why is it that whenever there is a discovery of the much sort after resources in any part of Africa, terrorism seem to appear simultaneously? One just need to study the pattern of these so-called “wars on terror” and the western imperialist foot-print stares you in the face. Suddenly in these regions, you will also notice the presence of mercenary organizations either from, Russia, USA or South Africa. Why is this so? It’s time we demand answers from our leaders concerning these issues and others. There is lack of clarity on many of these issues and we need to take our leaders to task. It seems like there is nothing “Islamic” about these so-called “Islamic terrorists”. Some writers are even denying the fact that these people are adherents of the Islamic faith. It’s possible they could be imposters, not real Muslims.

We hope our leaders are not getting in bed with the resource hungry former colonial masters and Zionist establishment, to FURTHER rape and loot Africa’s resources for their own benefit at the expense of the masses OF whom the majority remain very poor and have never realised any benefits at all. We urge our leadership on the continent to prioritise their people first and ensure that, whatever resource that is found within their borders should benefit the people in those regions in the form of creating jobs and partnerships for the people.

The African leadership must realise that a complete break from the present political status quo is urgently required. Leaders who rule with impunity must be challenged. A genuine solution that combines the struggle against imperialism and empire building is the challenge facing Africa. We cannot afford to fail.   BATHO PELE!!  (the People First)