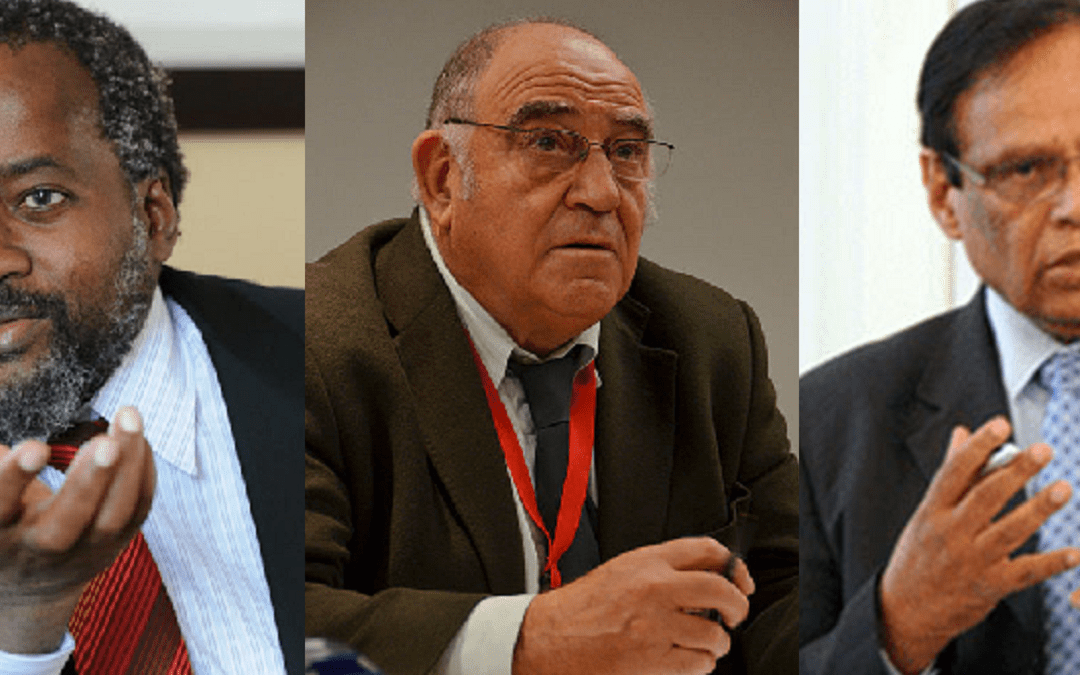 In another major embarrassment for Keir Starmer, three of the most senior surviving veterans of the anti-apartheid struggle alongside Nelson Mandela have launched a petition of solidarity demanding the reinstatement of former Labour leader Jeremy Corbyn.

Former government ministers Ronnie Kasrils, Pallo Jordan and
Ebrahim Ebrahim, have said they are ‘deeply disturbed’ by Starmer’s conduct – and they went further.

We, South Africans, are deeply disturbed at the Labour Party’s treatment and suspension of Jeremy Corbyn. We can attest to his outstanding support for the liberation of South Africa from apartheid, and his resolute stand against all forms of racism, racial discrimination, xenophobia and injustice wherever that evil appeared.

We stand in solidarity with Jeremy Corbyn and join those in Britain calling for his reinstatement without delay.

The heavyweight status of the three in the anti-apartheid movement is difficult to overstate. On Ebrahim’s release from a second term of imprisonment on the infamous Robben Island, Nelson Mandela said:

He emerged as one of the most outstanding pillars of the movement, who was not only committed and loyal, but who had the ability to explain the policy of the organisation

Kasrils, who is Jewish, joined the ANC in 1960 and was banned by the apartheid regime from speaking in public for five years, before working for decades in the underground antiapartheid movement, then serving in several ministerial roles including Intelligence Minister. Jordan narrowly escaped assasination by a letter bomb sent by the apartheid regime and spent years in exile before taking up government positions after apartheid fell.

The petition is not the first expression of support by former ANC figures. Former ANC MP Andrew Feinstein, who lost dozens of family members in the Holocaust, has gone on record to defend Corbyn on a number of occasions since last Thursday (video).

Keir Starmer suspended Corbyn over the former leader’s comment that the extent of antisemitism in the Labour Party had been exaggerated by the media – a demonstrable fact and one that the EHRC report last week stated was legally protected under freedom of speech and human rights laws.

The strongly-worded petition by three surviving giants of the anti-apartheid movement is a serious humiliation for Corbyn’s successor.

The SKWAWKBOX needs your help. The site is provided free of charge but depends on the support of its readers to be viable. If you can afford to, please click here to arrange a one-off or modest monthly donation via PayPal or here to set up a monthly donation via GoCardless (SKWAWKBOX will contact you to confirm the GoCardless amount). Thanks for your solidarity so SKWAWKBOX can keep bringing you information the Establishment would prefer you not to know about.

If you wish to republish this post for non-commercial use, you are welcome to do so – see here for more.