IMPERIAL MOROCCO: A THORN IN THE FLESH OF THE AFRICAN UNION 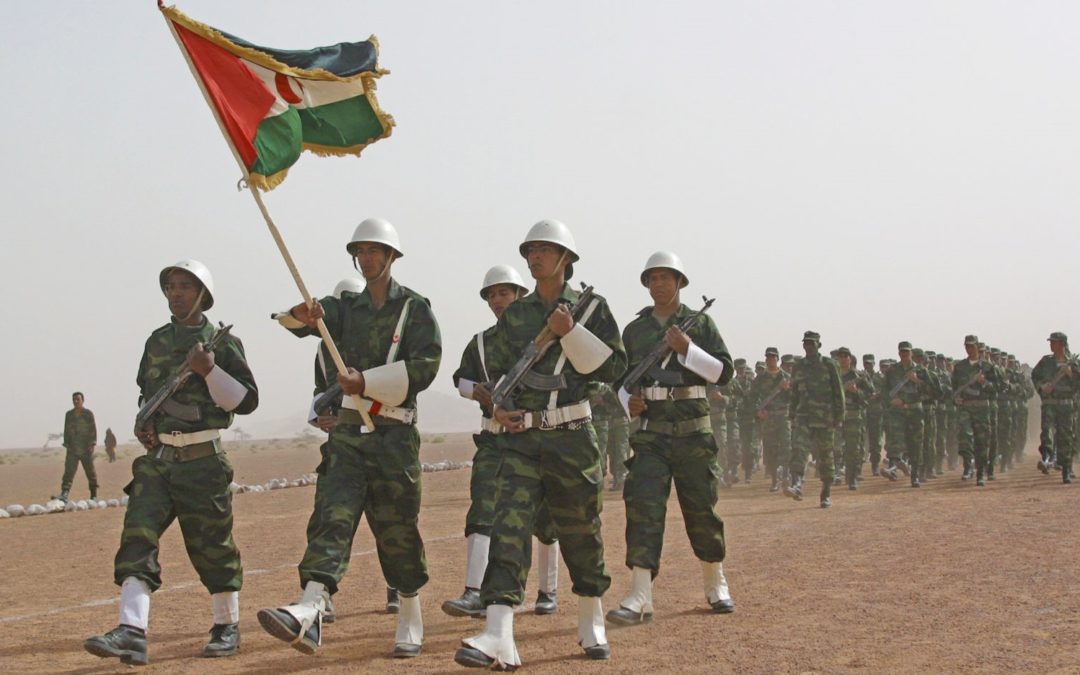 Last week, the Polisario Front, the liberation movement fighting the Moroccan occupation of Western Sahara formerly announced its suspension of the ceasefire that was in place for quite a while now. This means that the situation now signals the return to a fully-fledged war between the two sides. At the beginning of 2020, Morocco bought armaments from Zionist Israel to the tune of USD48 million. It was reported that three Heron aircraft arrived in Morocco on the 26 January 2020. However, it is unclear what the military deal signed between the two countries also included.

The recent violence in Western Sahara marks a collapse of a 29-year ceasefire between the pro-independence Polisario Front and the pro-autonomy Kingdom of Morocco, mirroring the repeated diplomatic failures of the two parties – and of the international community – to broker a sustainable peace agreement over who controls the territory.

It is however, believed that  drones will be deployed to counter the so-called extremist groups and fight rebel movements in Western Sahara, the reports added. Israel is pushing for stronger ties with Morocco in exchange for US recognition of its rule over Western Sahara. Morocco is one of those countries that pays lip service to the liberation of Palestine. On the African continent, the Moroccan debacle has presented the already weakened AU with a huge dilemma. Given the current developments on the world stage, the AU will soon have to tell the people of Africa that they are now siding with Zionist Israel and USA and abandoning their mantra of “liberating every inch of African soil” from imperialist/colonialist powers.

It is, however, very painful to see our leadership on the continent compromising on such pertinent and important issues like the total liberation of African soil from imperialist/colonialist forces. What happened to that spirit of oneness, and love that used to exist between African countries during the liberation struggle days? Do our leaders have such short memories?

Today if war breaks out between Morocco and Western Sahara, I would not be shocked to see certain African countries supporting Morocco to fight the Polisario Front. God help us! Africa has sunk so low when it comes to adhering to its own set of morals. Africa is busy breaking its own values at the expense of pleasing the Zionist/Imperialist/Colonialist pantheon.

MINURSO, the UN peacekeeping mission responsible for organising the referendum, brokered a deal in 1997 with the help of the US, which called for a vote that would give Saharawi, the land’s Indigenous people, a choice between self-determination and autonomy under the Moroccan monarchy. But Morocco refused the terms of the referendum, citing its dissatisfaction with who could vote.

Electoral lists have been a major point of contention, especially since there have been attempts on the side of Morocco to shift the demographics of the territory in order to influence the results of the referendum. After 1975, Morocco has resettled hundreds of thousands of Moroccans in Western Sahara, making up at least two-thirds of its half a million inhabitants.

The plan was never formally presented to the Security Council and was rejected by Polisario because it did not offer the option of independence ­– an imperative for the group. Then followed the Baker II plan in 2003, which proposed a five-year autonomous rule that would see a subsequent vote in an independence referendum.

The referendum would have given the right to vote to everyone living in Western Sahara. Including the Moroccans, who  were settled there after 1975; something Polisario never agreed to before. The Security Council agreed to it and asked the parties to implement it but to  no avail, as Morocco excluded the possibility of a referendum that would grant Saharawi independence.

Algeria has been Polisario’s main backer and were present in most talks about the diplomatic struggle for sovereignty, which has triggered questions about whether Western Sahara is a proxy for a wider regional struggle for influence.

The people of Africa today have been left with no leadership at all. We lament the fact that if it were possible, we would ask God to bring us our dead heroes like Amilcar Cabral, Muammer Gaddafi Samora Machel, Chris Hani, Nelson Mandela, Mwalimu Julius Nyerere, Robert Mugabe, Josiah Tongogara, Robert Sobukwe, Thomas Sankara and many others that I have not mentioned here. It is also true to mention that many of the current crop of leadership on the continent, are a compromised lot who only care about their own welfare and not that of the people.

I call upon the African Union (AU) to immediately expel Morocco from the continental body and for Morocco to immediately get out of Western Sahara and respect all UN resolutions that calls for its immediate withdrawal from Western Sahara and allow the country to become independent. African countries should be at the forefront of leading this initiative but given its compromised position that has been brought about by Zionist Israel manoeuvres on the continent, I doubt whether this will materialize.