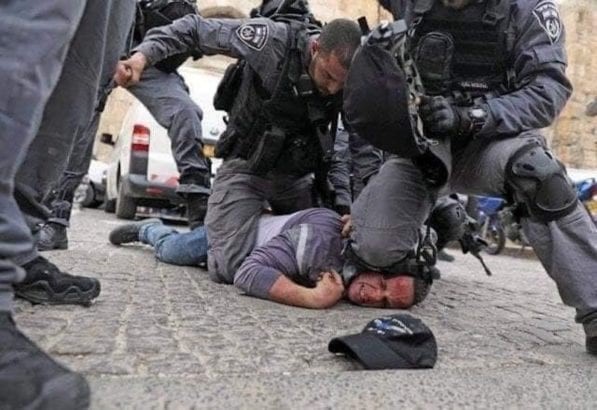 Though her credibility was severely dented when as UK Aid Minister she had to resign in 2017 following her scandalous unauthorized meetings with senior Israeli officials, Patel has made a comeback to yet again plunge the British establishment into a deeper foreign policy mess.

She has now announced dramatic plans to prescribe Palestinian liberation movement Hamas as a “terrorist entity”.

Previously only the military wing of Hamas, Izz al-Din al-Qassam Brigades, was proscribed under the UK Terrorism Act 2000.

In a statement released by her, Patel sounded no different to right-wing hawks in control of the apartheid regime: “Hamas has significant terrorist capability, including access to extensive and sophisticated weaponry, as well as terrorist training facilities. That is why today I have acted to proscribe Hamas in its entirety.”

Though her proscription order was introduced a few days ago and debating and voting were expected to follow shortly, the process will require approval by Parliament.

If approved, showing support for HAMAS – including organising events in support of them and flying the movement’s flag – could see punishments of up to 14 years in prison.

Absent from most media reports is the bizarre fact that Patel confirmed her moves in a speech on security and counter terrorism in Washington.

BBC’S diplomatic correspondent James Landale suggested that the decision should also be seen through a domestic UK prism.

“Israel has been pushing for this for some time and the fact it is now happening reflects the deep contacts that Israel has within the Conservative Party.”

No newcomer to controversy, Patel is described by various British sources including Wikipedia as Eurosceptic. She “was a leading figure in the Vote Leave campaign for Brexit during the 2016 referendum on UK membership of the European Union.”

However her breach of the Ministerial Code in 2017 when Patel was involved in a shameful political scandal involving clandestine meetings with Netanyahu and fellow government leaders in Israel, ended her tenure.

Though the unauthorized conduct of holding 12 separate meetings during a family holiday to Israel without notifying the Foreign Office or Downing Street had disgraced her, Boris Johnson ignored Patel’s violations by resuscitating her political career.

That the controversy surrounding her turbulent political career would expectedly have cautioned responsible leaders, Johnson chose to cave in to the pro-Israel lobby by deploying her in one of the most powerful cabinet positions.

In making this outlandish move, Patel has selectively chosen to remain silent on the fact that Hamas, having engaged in Palestine’s political process and won the legislative elections in 2006, was rebuffed by the British government. In doing so, the UK defied and denied the political choice made by Palestinians.

As expected, Hamas has expressed its “shock and dismay” at the move.

It called on the government to apologise for the Balfour Declaration, which illegally set the stage for the creation of a “national home for the Jewish people” in Palestine in 1917, during the month of November.

The statement added: “The Palestinian people, backed by the Arab and Muslim nations and the free people of the world, will continue their fight for freedom and return at any cost and will not be discouraged by those who failed to support them.

“We are confident that the Palestinians will fulfil their aspirations for freedom and independence sooner or later.”

Given the fact that Hamas espouses Islamic values and that its defense of Masjid al Aqsa is profoundly admired, it is widely believed that the overwhelming majority of Muslims across the world support it.

Britain’s 3million plus Muslim population would be no exception to this. It goes without saying that solidarity with Palestine’s freedom struggle is intertwined with support for Hamas.

But by Patel’s decree, Muslims and millions of British citizens of various faith groups, found to be pro-Hamas will face criminal charges and the prospect of long-term jail.