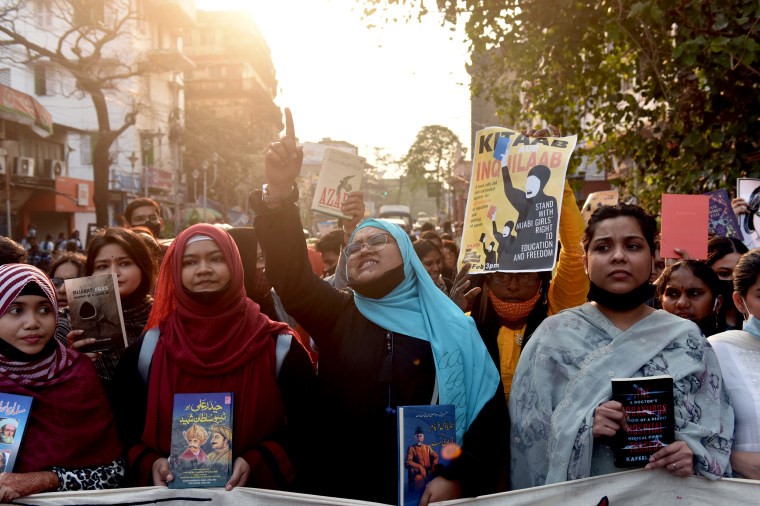 The Hijab ban ruling handed down by the high court in India’s Karnataka state, on 15 March 2022, has drawn sharp criticism and outright condemnation among lawyers, jurists, Muslim and human rights activists in India and internationally, and rightly so.

This ruling came about in circumstances where a Karnataka college in the Udupi district took a decision in January 2022 to ban headscarves in classrooms and barred six teenage students from wearing the Hijab in class. Udupi is one of three districts in Karnataka and it is a stronghold of the ruling Bharatiya Janata Party (BJP), which has been in power since 2014, with its leader and the Prime Minister being Narendra Modi. The BJP’s stated aim is to marginalize all minorities and to promote the philosophy of Hindutva, which has, at its core, an exclusive Hindu majority agenda. This philosophy of Hindutva is being practiced in such a way by the BJP that it has become highly intolerant of any other faiths or beliefs that have existed in India for centuries. It has, in fact, become bigoted. In the midst of the execution of this bigotry lies the Muslim population of more than 300 million – making up a sizeable portion of just over 14% of India’s total population.

This ban on the Hijab led to protests which spread to other schools and campuses and the state, in response, shut schools and colleges for several days. On 5 February 2022 the government issued an order forcing adherence to uniforms. This order was touted as being in the interest of maintaining “peace & tranquility” and for “public order”. The government order banned the wearing of certain clothing that “disturb equality, integrity and public order”.  On 10 February 2022, a three-judge bench in the Karnataka High Court issued an interim order barring the students in Karnataka from wearing “religious clothes”, including the Hijab, saffron shawls (bhagwa) or use any religious flags while attending classes in Karnataka colleges which have a prescribed uniform in schools and colleges until the court finally decided the case relating to the Hijab ban.

In the political arena, Modi said, regarding the protests, that “Muslim women were being instigated by the opposition to block their progress”. Union Home Minister Amit Shah, also a staunch BJP politician, weighed in and told the press in an interview that he personally believed that all religions should follow the uniforms prescribed by schools. It must be noted here that the Muslim students were wearing the school uniforms and as part of their Islamic and religious rights, which are guaranteed by the Indian Constitution, they were wearing the hijab as part of their religious observances.

The young Muslim women who were affected by the Hijab ban heroically filed a batch of petitions petitioning the Karnataka High Court in Bengaluru to overturn the Hijab ban. The court was presided over by the Chief Justice and two other judges, shockingly one with a Muslim name. The court ruled, in a 129 page judgment handed down on 15 March 2022, that the Hijab is not “an essential religious practice under Islam” and hence they reasoned it is not protected by Article 25 of the Indian Constitution which sets out the fundamental right to practice one’s religion. The three-judge bench also held that allowing Muslim women to wear the hijab in classrooms would hinder their emancipation and go against the constitutional spirit of “positive secularism“.

The judgment was wrong and the judges themselves stated that because no “Maulana’s” filed affidavits declaring that it is an essential practice they, the judges, took it upon themselves to refer to  a book written by an American author, one Sara Slininger, and the commentary of Abdullah Yusuf Ali to come to the conclusion that the Hijab is not an essential practice in Islam and therefore not worthy of protection in terms of the Indian Constitution. They seem to have made themselves experts in the field of the essentials of Islam.

The judgment was also wrong in that the judges held that proper cases were not made by the Petitioners and as opposed to dismissing the petitions on that ground they incorrectly went ahead and determined the case.

Despite the fact that there is established law in India and that a seven-judge Bench dealt in 1954, in the Shirur Mutt SC Case, with the concept of what was essential in a religion (the issue of essentiality), these judges failed to apply the concept properly. In the  Shirur Mutt SC Case the seven judges interpreted the essentials of religion widely to includes food, dress and types of worship. If a person practices certain aspects of their religion and conscientiously believes that such practices are essential to their belief, it is not for the court to make a ruling that such practice is not an essential practice of that religion.

The judgment is being appealed and it will be a great victory and a vote of confidence in the Indian judicial system if the judgment is overturned. If not, it will be safe to conclude that the divisions of powers in India are not respected, that courts are not independent and that the courts have become captured and that they serve as political instruments in the service of a bigoted ideology. 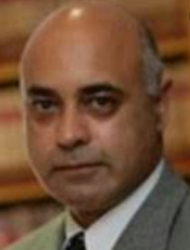 Aslam Bava
Experienced Advocate of Senior Counsel status and a member of the Johannesburg Bar (South Africa) with a demonstrated history of working in the law practice industry. Skilled in Negotiation, Mediation, Administrative Law, Constitutional Law, Arbitration, Legal Advice, Commercial Litigation and Legal Assistance. Strong legal professional with a Bachelor of Arts (BA) and a Bachelor of Laws (LLB) focused in Law from the University of the Witwatersrand. Serves on the Arbitration Foundation of South Africa’s (AFSA) Management Committee, participant and one of the Shanghai 14 in respect of the China Africa Joint Arbitration Centre (CAJAC - Johannesburg) initiative. Served on the Johannesburg Bar Council. Member of the Duma Nokwe Group of Advocates. Sat as an Acting Judge in the High Court of South Africa (Johannesburg).

Latest posts by Aslam Bava (see all)
Share this on WhatsApp