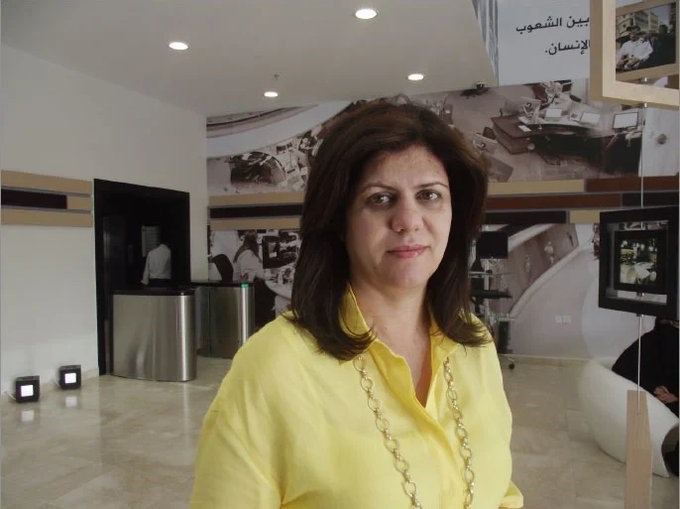 SHIREEN Abu Akleh, a veteran Al Jazeera journalist, died on May 11. She did not succumb to sickness, human frailty, a freak accident, or the modern Covid-related causes. Abu Akleh died a brutal and undeserving, nauseating death. Death in a hail of bullets at the hands of Israeli forces. Abu Akleh, a long-standing member of the press corps, was on duty.

The evidence for such was that her identifiable media outfit, beyond any doubt, distinguished her and her team from others. Abu Akleh’s death was not ordinary, but the 51-year-old was callously gunned down with a head shot, and her blood flowed on the soil of occupied Palestine, where she worked despite her American citizenship.

A complete human with a beautiful soul regrettably died not as the first journalist killed by Israeli forces but as the 45th Al Jazeera journalist since 2000. We knew Abu Akleh’s face from her many broadcasts, and her death rallied support from across the globe. If her death were bare evidence of naked brutality, her funeral would show the despicable and inhumane character of the IDF.

Shall I say the Israeli forces’ ungodly brutality, who were determined to show their brute power, as they on this solemn occasion would fight with mourners? I, along with billions, watched as her remains, in a traditional and cultural sense, held aloft by mourners, on at least two instances, almost dropped to the floor.

Live news feeds showed Israeli police setting off stun grenades and beating mourners with batons. The tussle for the Palestinian flag, which IDF members desperately and forcefully sought to remove from the mourners, involuntarily mirrored a time in apartheid – South Africa in 1987.

On this specific day, July 20, 1987, the apartheid SADF, with similar brutality, employed vicious means to tear the ANC flag from mourners at the funeral of an MK soldier, Ashley Kriel, who also gallantly died in a hail of bullets in Bonteheuwel, Cape Town.

Abu Akleh, born to a Christian Palestinian family, whose first interest was civil engineering, abandoned the latter for what we now know as her life vocation, a sense of calling, to bring into homes the actual conditions of occupied Palestine as a daily reality.

The spontaneous outpouring of grief that showed no respect for all manufactured boundaries such as religion, gender, and economic status remains a true sign of humanity’s beauty. Her death and subsequent burial only galvanised support for the Cause of Palestine.

This support is necessarily the antithesis of the one who pulled the trigger that ended her life. In the aftermath of her death, the spin doctors of Zionist interest, as was expected, began shifting blame for her death to Palestinians while offering an investigation that suggested the US participates in such. We have hitherto seen a lacklustre statement from the US administration, nothing remotely as substantial as its quest to deal with Vladimir Putin and Russia.

Occupied Palestine and Apartheid South Africa share so many common trademarks; hence the occupation of Palestine compels one to speak up. The injustices perpetrated in this part of the world are not strange for South Africans; Palestine today arguably remains the last apartheid state.

There is much to critique about our government’s policies, the failure to execute our excellent policies appropriately, and the tragic ways our democratic experiment has lost its way.

I have tried to be honest and vocal about those in hopes of awakening the proper response to these painful truths: the widening, scandalous, and dangerous gap between rich and poor – one of the most significant challenges this country is facing and still seems to be ignoring; about the failure of the rightful redistribution of land, wealth and power, and the undeniable shortcomings of our Constitution and the judiciary in rectifying these.

My distress has deepened at our captured reconciliation process and our crippled transformation. And as responsible citizens, we should engage in robust, honest public discourse and action on these and other crucial matters. However, one of the things I am grateful for and equally proud of is some of the wise choices we have made in foreign policy.

Central to them is our unwavering demand and support for Palestinian freedom, self-determination, dignity, and the Palestinian right to return. And we have been upfront, honest and clear about this matter from the beginning of this new era.

On the question of Palestine, on which the discussion lingered, Mr Mandela was clear. He laid down a few fundamentals applicable to much more than the Palestinian issue, and such has continued to guide our government on these matters. I will mention only two. First, and right off the bat, he touched on the broad expectation in the United States and other powerful countries.

When they decide for themselves, they expect all other countries to follow suit unquestioningly. “The one thing which some countries always get wrong,” Madiba told Koppel and his audience, in words that solicited some of the loudest applause of the evening, “is that they think that their enemies are our enemies. (But) our attitude to that country is determined by that country’s attitude to our Struggle”.

This critical and fundamental assertion confirms that we are guided by justice, freedom, dignity, and solidarity principles.

Secondly, Madiba made clear that principles matter in this matter: “For anybody who changes their principles depending on whom they are speaking with, that is not a person who can be a leader of their nation.” Those are words we as political leaders should earnestly take to heart.

And now, after so many deaths since the Nakba, the cold-blooded assassination of a courageous and principled Palestinian journalist, one in a long list of fatalities just since the beginning of this year. Again, we are at that point: South Africa must, clearly, and unequivocally, act out of principle and dare not wilt on what we solemnly pledged.

This is especially crucial in light of what is happening in Ukraine today. We have been seeing unprecedented, unequalled, and unceasing waves of sympathy and solidarity with the people of Ukraine, unending streams of weapons to help Ukraine win that war, and mind-boggling sums of money, with $40 billion from the United States in the month of May.

Leaving aside the reasons and justifications for the war, for me, this moment raises the all-important question: where was this tsunami of sympathy and solidarity with the Palestinians over the last seventy-four years since the Nakba?

Why did the deaths of so many mothers and children, medical personnel and activists in wheelchairs, and even journalists targeted and wiped out with impunity in each instance not raise even a fraction of the indignation we see now or the intense feelings we witness for the people of Ukraine?

Several world organisations have, over time, condemned the ongoing Palestine occupation by Israel. The World Council of Reformed Churches declared the Israeli State an apartheid state years ago. It consistently condemned the occupying as breaking international law and as inhumane.

The ANC’s history in its solidarity stance with the just Palestinian Cause and its quest for freedom from occupation details an elongated consistency that must not, in this season, be eroded. We remain resolute in our view that the only long-lasting peaceful solution to the situation in the Middle East is the attainment of a two-state solution between Israel and Palestine in which the two states exist side by side independently and peacefully.

However, our strong condemnation of Israel’s violent aggression does not in any way mean approval of the continuing firing of rockets by Hamas into Israel, which has put the lives of innocent civilians at risk. We echo the call by the South African government for both parties to “end all forms of aggression towards one another”.

Since the death of Abu Akleh, the silence of our Parliament has been deafening. The leadership’s indifference to speak up is palpable and a betrayal of the commitments the ANC consistently has made on the Palestine Cause. As one of the measures to put pressure on Israel, we believe that our government must recall our ambassador to Israel and ask the Israel ambassador to South Africa to leave with immediate effect.

Unfortunately, what happened with the killing of Abu Akleh at the hand of Israel is what happens if the occupation of a sovereign country and nation becomes normalised oppression, normalised dehumanisation, normalised torture, normalised impunity, and normalised cover-ups. Abu Akhleh died on the Wednesday and was buried on Friday. As a nation led by the ANC throughout, we are still silent on an outright condemnation of this atrocious and barbaric act committed against a professional, a woman, and a Palestinian. 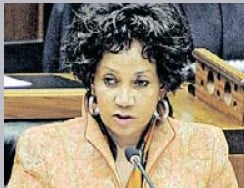